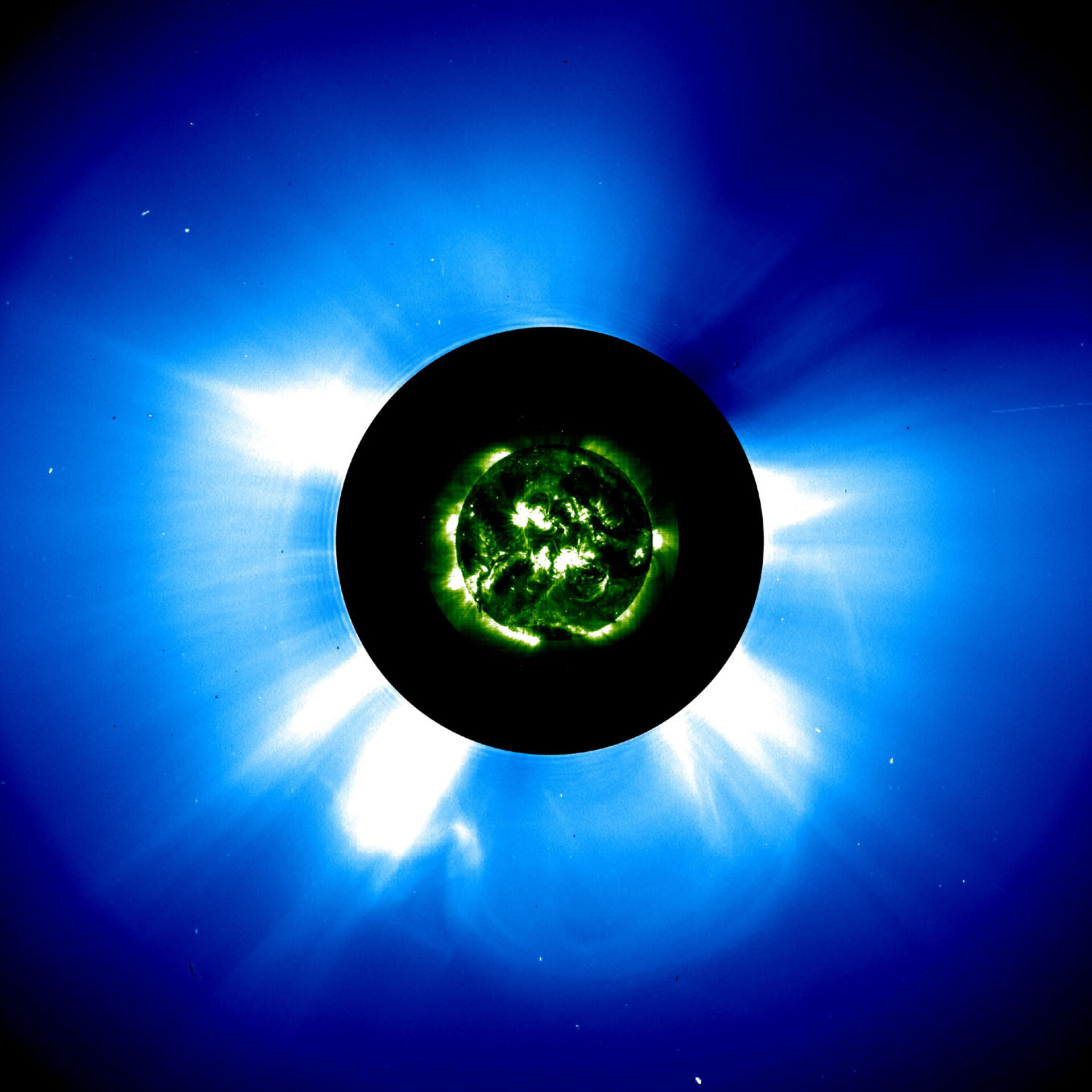 A team of researchers from the UK and France used SOHO, ACE and the four Cluster spacecraft to study a huge eruption on the Sun, tracing its progress from birth to when it reached Earth.

The team, led by scientists from University College London, identified the source of a ‘coronal mass ejection’ (CME) and analysed how its magnetic field changes on its path to Earth.

Triggered by a massive explosion on the Sun with millions of times more energy than a nuclear bomb, these CMEs are blasts of gas that could engulf Earth. CMEs are caused by the collision of loop-like magnetic field lines with different polarities on the Sun’s surface.

Earth’s magnetic field, forming the magnetosphere, protects the planet from the full brunt of these blasts, but when the CME’s fields collide directly with it they can excite geomagnetic storms. In extreme cases they cause electrical power outages and damage to communications networks and satellites.

“If we are to successfully predict storms we need to be able to identify an Earth-directed coronal mass ejection as it leaves the Sun and work out how it evolves,” said Dr Harra.

The CME was detected on 20 January 2004 by the ESA/NASA SOHO spacecraft which was used to identify the source of the ejection.

Two days later, on its journey to Earth, the ejected magnetic field passed ESA’s four Cluster spacecraft. Their tetrahedral formation allowed the sampling of the speed and direction of the field. Similar measurements were made by NASA’s ACE spacecraft.

“SOHO and Cluster spacecraft are ideally suited to working together - SOHO 'sees' the explosions from the Sun and Cluster 'feels' them. Our next step is to predict the eruption of storms on the Sun,” said Dr Harra.

This direct measurement by SOHO, ACE and Cluster confirms previous Earth-bound predictions and takes researchers a step closer to forecasting these geomagnetic storms.