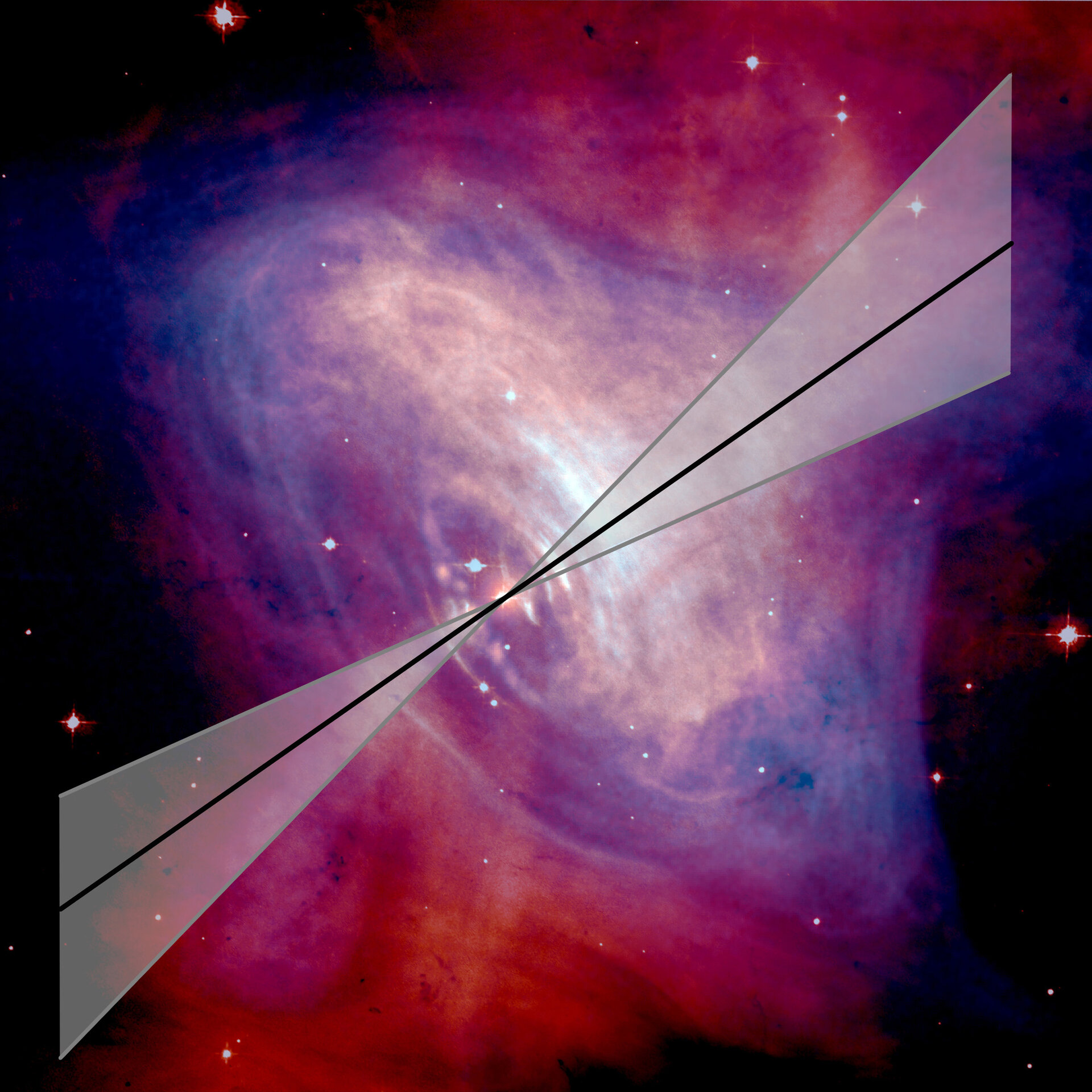 Thanks to data from ESA’s Integral gamma-ray observatory, scientists have been able to locate where particles in the vicinity of the rotating neutron-star in the Crab Nebula are accelerated to immense energies.

The discovery put in place another piece of the puzzle in understanding how neutron stars work.

Rotating neutron-stars, or 'pulsars', are known to accelerate particles to enormous energies, typically one hundred times more than the most powerful accelerators on Earth, but scientists are still uncertain exactly how these systems work and where the particles are accelerated.

A step forward in this understanding is now accomplished thanks to a team of researchers from the UK and Italy, led by Professor Tony Dean of the University of Southampton, who studied high-energy polarised light emitted by the Crab Nebula – one of the most dramatic sights in deep space.

The Crab Nebula is the result of a supernova explosion which was seen from Earth on 4 July 1054. The explosion left behind a pulsar with a nebula of radiating particles around it. The pulsar contains the mass of the Sun squeezed into a volume of about 10 km radius, rotating very fast – about 30 times a second – thereby generating very powerful magnetic fields and accelerating particles. A highly collimated jet, aligned with the spin axis of the pulsar and a bright radiating ‘donut’ structure (or torus) around the pulsar itself, are also seen.

So, the Crab is known to accelerate electrons - and possibly other particles - to extremely high speed, and so produces high energy radiation. But where exactly are these particles accelerated?

Looking into the heart of the pulsar with Integral’s spectrometer (SPI), the researchers made a detailed study to assess the polarisation – or the alignment - of the waves of high-energy radiation originating from the Crab.

They used data from more than 600 individual observations of the nebula, and saw that this polarised radiation is highly aligned with the rotation axis of the pulsar. So they concluded that a significant portion of the electrons generating the high-energy radiation must originate from a highly organised structure located very close to the pulsar, very likely directly from the jets themselves. The discovery allows the researchers to discard other theories that locate the origin of this radiation further away from the pulsar.

Professor Tony Dean of the University’s School of Physics and Astronomy commented that the discovery of such alignment – also matching with the polarisation observed in the visible band - is truly remarkable. “The findings have clear implications on many aspects of high energy accelerators such as the Crab,” he added.

"The detection of polarised radiation in space is very complicated and rare, as it requires dedicated instrumentation and an in-depth analysis of very complex data”, said Chris Winkler, Integral Project Scientist at ESA. “Integral’s ability to detect polarised gamma-radiation and, as a consequence, to obtain important results like this one, confirms it once more as a world-class observatory.”

The results are published in the 29 August issue of the scientific journal Science, in a paper titled ‘Polarized gamma-ray emission from the Crab’, by: A. J. Dean, D.J. Clark, V.A.McBride, A.J.Bird, A.B.Hill and S.E.Shaw (University of Southampton’s School of Physics and Astronomy); J.B. Stephen and L. Bassani (INAF-IASF, Bologna); and A. Bazzano and P. Ubertini (INAF-IASF, Roma).