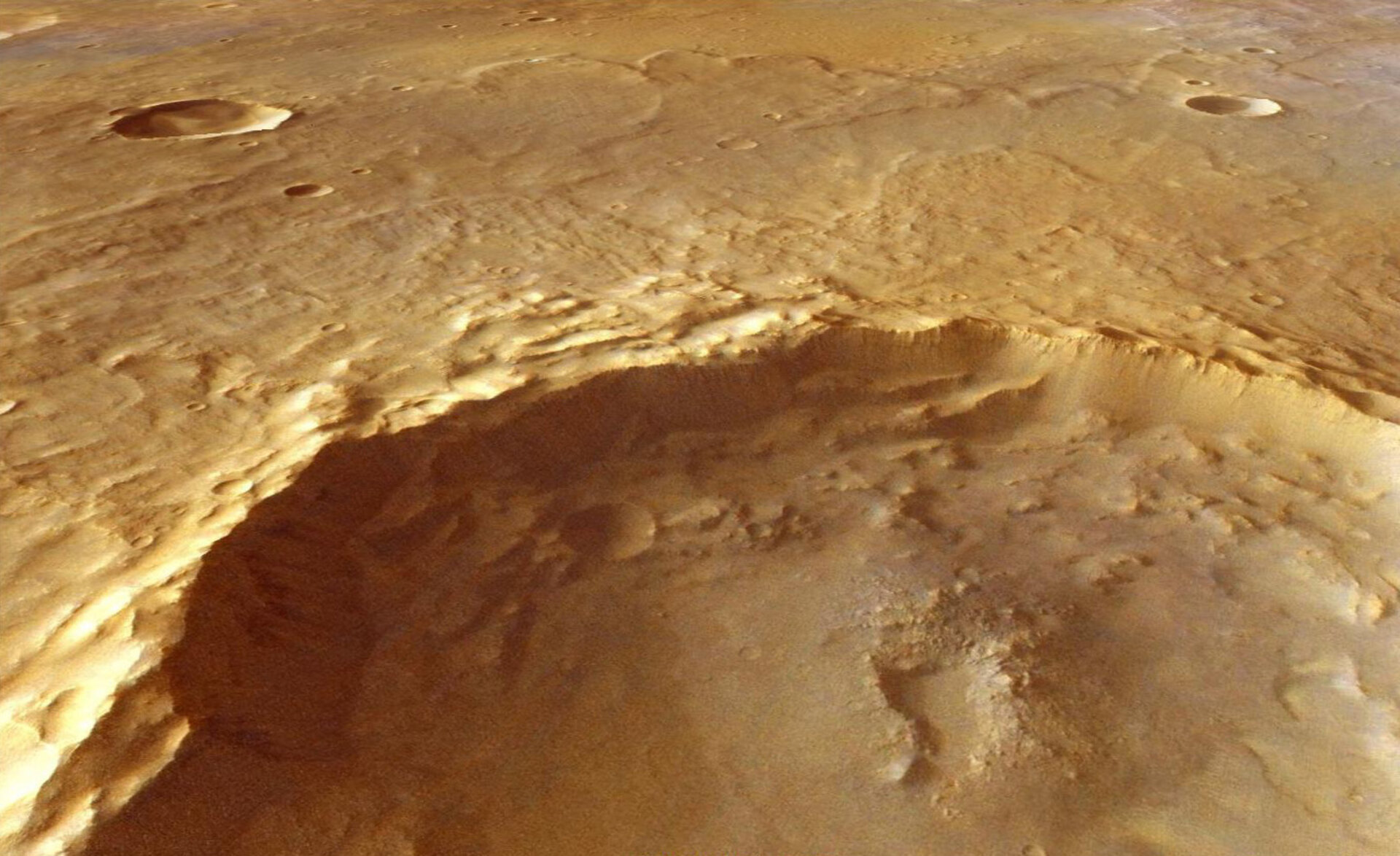 By studying rocks blasted out of impact craters, ESA’s Mars Express has found evidence that underground water persisted at depth for prolonged periods during the first billion years of the Red Planet’s existence.

Impact craters are natural windows into the history of planetary surfaces – the deeper the crater, the further back in time you can probe.

In addition, rocks blasted out during the impact offer a chance to study material that once lay hidden beneath the surface.

In a new study, ESA’s Mars Express and NASA’s Mars Reconnaissance Orbiter zoomed in on craters in a 1000 x 2000 km region of the ancient southern highlands, called Tyrrhena Terra, to learn more about the history of water in this region.

Focusing on the chemistry of rocks embedded in the crater walls, rims and central uplifts, as well as the surrounding exhumed material, scientists identified 175 sites bearing minerals formed in the presence of water.

“The large range of crater sizes studied, from less than 1 km to 84 km wide, indicates that these hydrated silicates were excavated from depths of tens of metres to kilometres,” says Damien Loizeau, lead author of the study.

“The composition of the rocks is such that underground water must have been present here for a long period of time in order to have altered their chemistry.”

While the material excavated by impacts appears to have been in close contact with water, there is little evidence for rocks on the surface lying between the craters in Tyrrhena Terra having been altered by water.

“Water circulation occurred several kilometres deep in the crust some 3.7 billion years ago, before the majority of craters formed in this region,” says co-author Nicolas Mangold.

“The water generated a diverse range of chemical changes in the rocks that reflect low temperatures near the surface to high temperatures at depth, but without a direct relationship to the surface conditions at that time.”

By comparison, Mawrth Vallis, one of the largest identified clay-rich regions of Mars, displays a more uniform aqueous mineralogy that indicates a closer link with surface processes.

“The role of liquid water on Mars is of great importance for its habitability and this study using Mars Express describes a very large zone where groundwater was present for a long time,” says Olivier Witasse, ESA’s Mars Express project scientist.