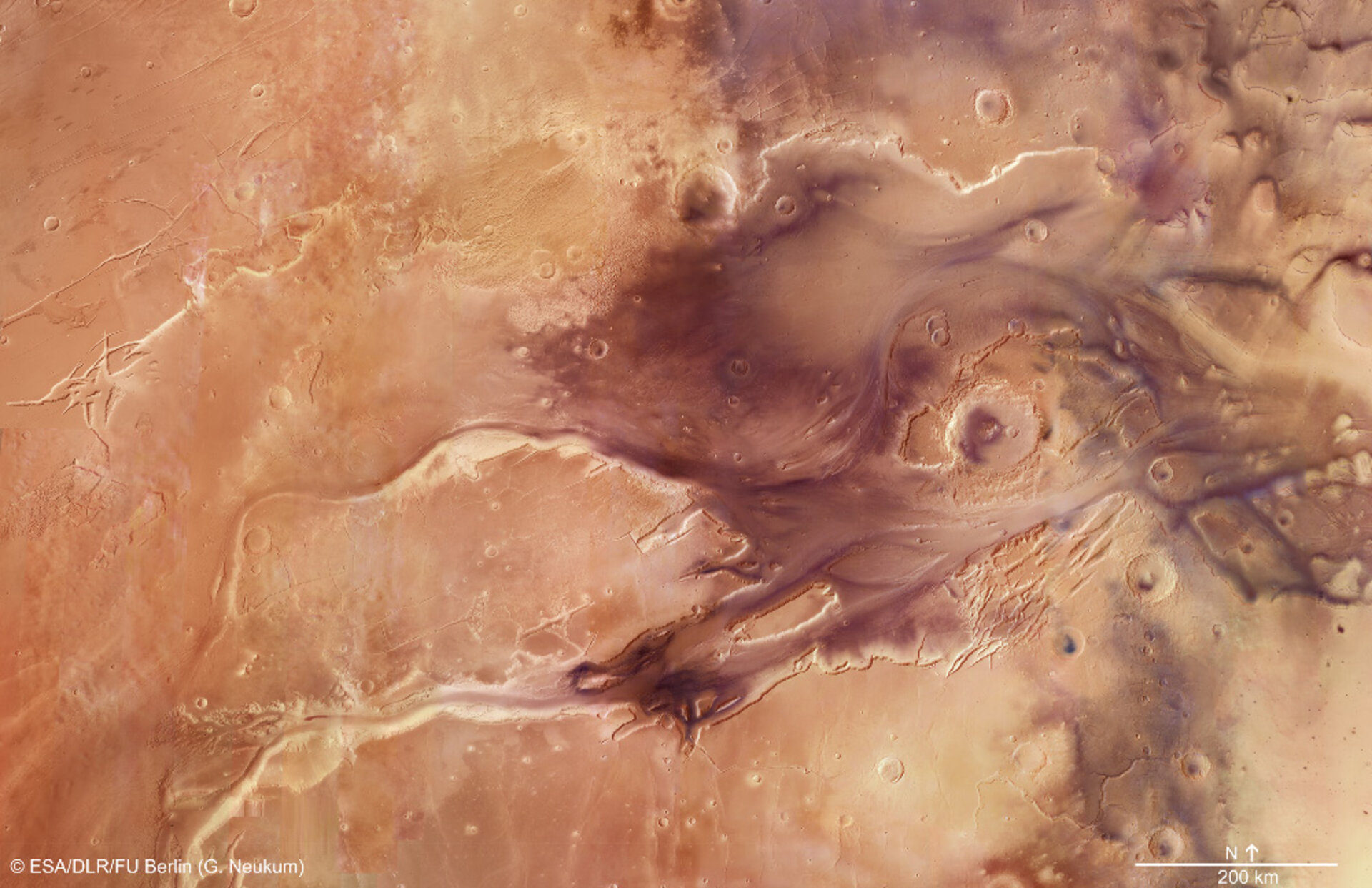 Not only does Mars have the largest volcanoes and deepest canyons in the Solar System, it also shows evidence for the most catastrophic floods. Large channels carved by these floods drain into the northern plains, lending support for the existence of an ancient ocean over most of the northern hemisphere.

Valley networks that criss-cross the southern highlands were also probably formed by water. And many craters, especially at high latitudes, are surrounded by fluidised ejecta resembling the ring of splattered debris around a stone dropped in soft mud. This suggests that there was underground water or ice in early times, and possibly more recently.

If water was largely responsible for these features, however, it has long since disappeared: most of the evidence is more than 3800 million years old.

Today, atmospheric pressure at ground level is only about one hundredth that on Earth. So where did the atmospheric gases and water go and why? Each of the seven instruments on board the Mars Express orbiter will contribute towards the answer.

The water could have been lost to space, trapped underground, or both. Four of the instruments on Mars Express (ASPERA, SPICAM, PFS and MaRS) will observe the atmosphere and reveal processes by which water vapour and other atmospheric gases could have escaped into space. Two instruments (HRSC, OMEGA) will examine the surface and in the process add to knowledge about where water may once have existed and where it could still lie underground. One (MARSIS) will actually look for underground water and ice.