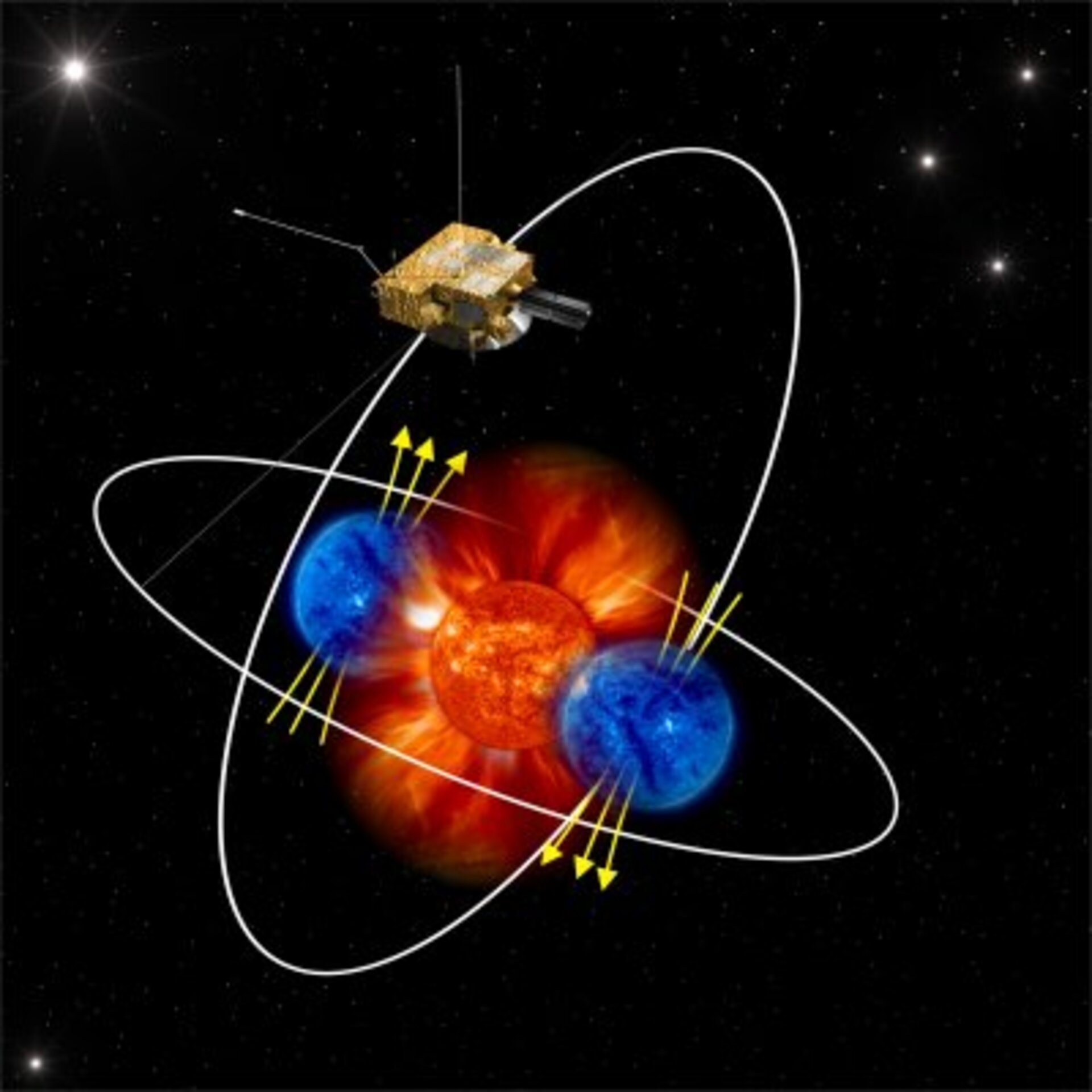 An important aspect of the scientific work of Ulysses has been investigating the effect of varying solar activity during the mission.

Ulysses circles the Sun in just over six years, which is roughly the time it takes the Sun to go from the minimum to the maximum of its activity cycle.

When Ulysses first flew over the Sun’s polar regions in 1994 and 1995, solar activity was close to minimum, providing a view of the three-dimensional heliosphere at its simplest.

The fast solar wind from the polar regions flowed uniformly to fill a large fraction of the heliosphere, and variability was confined to a narrow region around the solar equator.

When Ulysses returned to high latitudes in 2000 and 2001, the Sun was at a maximum of activity, and things were very different. There were many active regions on the solar surface, and solar storms were the order of the day. Solar wind flows from the poles appeared indistinguishable from flows at lower latitudes.

In all this apparent chaos and complexity of the magnetic field at the solar surface, Ulysses found out that the reversal of the Sun’s magnetic field polarity happens in an unexpectedly and surprisingly simple fashion.

The main component of the Sun’s magnetic field is similar to a bar magnet, with a positive pole and a negative pole. However, if the Sun was as chaotic as previously thought, the boundaries between the positive and negative magnetic ‘areas’ would be confused and undefined.

On the contrary, Ulysses found out that the Sun’s magnetic equator is rather well defined and stable, clearly separating the negative and positive magnetic hemispheres. Ulysses proved that, over the course of 11 years, the magnetic axis simply rotates through 180 degrees to accomplish a reversal of polarity.

Ulysses could measure this because it is able to measure the magnetic field directly and it covers all solar latitudes. The spacecraft was literally ‘crossed’ by the magnetic equator in different ways at different times and locations during the last field reversal, and so could make these unique and historic measurements.