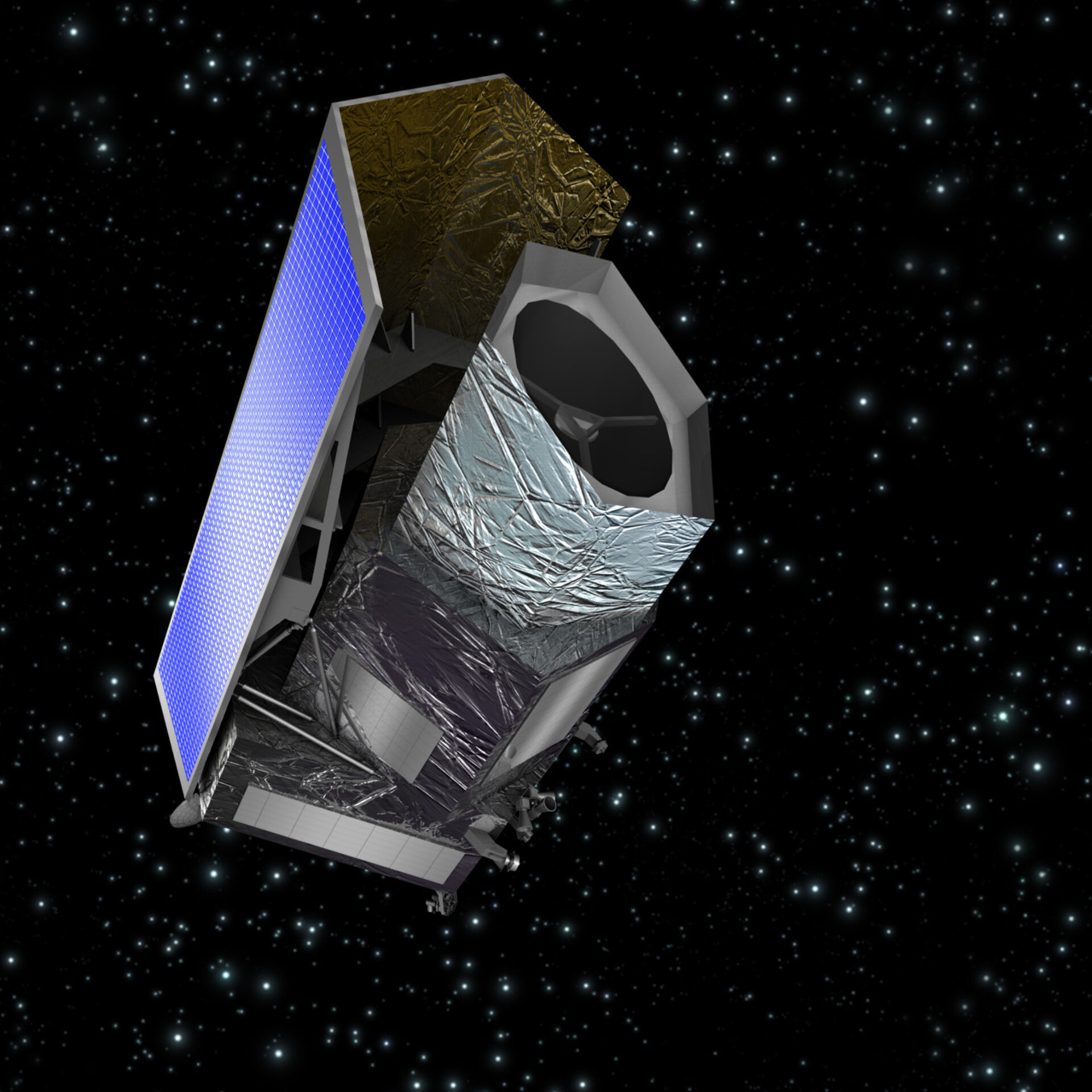 The construction of ESA’s Euclid space mission to explore the ‘dark Universe’ will be led by Italy’s Thales Alenia Space as prime contractor, beginning the full industrial phase of the project.

The announcement follows that of last month when Astrium Toulouse was confirmed to build the payload module – the telescope and optical bench carrying the science instruments.

Euclid will be launched in 2020 to explore the roles played by dark energy and dark matter in the evolution of the Universe since the Big Bang and, in particular, in its present accelerating expansion.

Dark matter is invisible to normal telescopes, but acts through gravity to play a vital part in forming galaxies and slowing the expansion of the Universe.

Dark energy, on the other hand, causes a force that overcomes gravity and that is accelerating the expansion seen around us today.

Together, they are thought to comprise 95% of the total amount of mass and energy in the Universe, with ‘normal’ matter – from which stars, planets and we humans are made – making up the remaining small fraction. But their nature remains a profound mystery.

“We are pleased to confirm the prime contractor for this exciting mission. With the support of European space industry, we are a step closer to revealing the darkest secrets of the Universe,” says Professor Alvaro Giménez, ESA’s Director of Science and Robotic Exploration.

“This is a long-awaited milestone after the mission concept was first proposed to ESA in 2007, and we are delighted to see that the spacecraft construction can now begin,” says Yannick Mellier, who leads the Euclid consortium, comprising scientists from 13 European countries and the US.

The consortium will provide Euclid’s two state-of-the art scientific instruments: a visible-light camera and a near-infrared camera/spectrometer. Together, they will map the 3D distribution of up to two billion galaxies spread over more than a third of the whole sky.

Light from the most distant galaxies streaming towards Earth is slightly bent by gravity as it interacts with matter along the way. This is dominated by dark matter, whether associated with galaxies and galaxy clusters, or in isolation. Thus, by measuring distortions in the shapes of those background galaxies, astronomers can construct a 3D map of the dark matter in the Universe.

Furthermore, by assessing how the distribution of galaxies and galaxy clusters has changed over cosmic time, scientists can infer the role and evolution of dark energy from the dawn of the Universe until today.

The results will help to answer one of the most important questions in modern cosmology: why is the Universe expanding at an accelerating rate today, rather than slowing down due to the gravitational attraction of all the matter in it?

By charting the expanding Universe from the Big Bang to the present day, Euclid will also test theories for the fate of the Universe.

In order to achieve its goals, Euclid has to deliver extremely high quality images. In turn, that requires a novel attitude system to control the stability of the spacecraft while making its precision observations.

“Euclid will be able to hold its sight on these galaxies with an accuracy and stability equivalent to aiming a handheld laser pointer at a €1 coin 200 km away,” says René Laureijs, ESA’s Euclid Project Scientist.

The spacecraft will also employ a fast data link allowing Euclid to collect and download at least 260 gigabytes worth of images each day – the equivalent of taking more than 50 000 colour JPEG images per day with a 16 megapixel consumer digital camera.

“With Thales Alenia Space at the helm of constructing Euclid, Astrium preparing the payload module, and a consortium of scientists developing the science instruments, we are confident that we will launch on schedule in 2020, ready for at least six years precisely mapping the dark Universe,” adds Giuseppe Racca, ESA’s Euclid Project Manager.

Euclid is an ESA survey mission to investigate the nature of dark matter and dark energy. It was selected as the second Medium-class mission in ESA’s Cosmic Vision programme in October 2011 and formally adopted in June 2012. The mission will be launched in 2020 and will orbit around the Sun–Earth L2 point located 1.5 million km from Earth. Science and spacecraft operations will be conducted by ESA.

More than 1000 scientists from over 100 institutes form the Euclid Consortium building the instruments and participating in the scientific harvest of the mission. The consortium comprises scientists from 13 European countries: Austria, Denmark, France, Finland, Germany, Italy, the Netherlands, Norway, Portugal, Romania, Spain, Switzerland, and the UK. It also includes a number of US scientists, including 40 nominated by NASA.