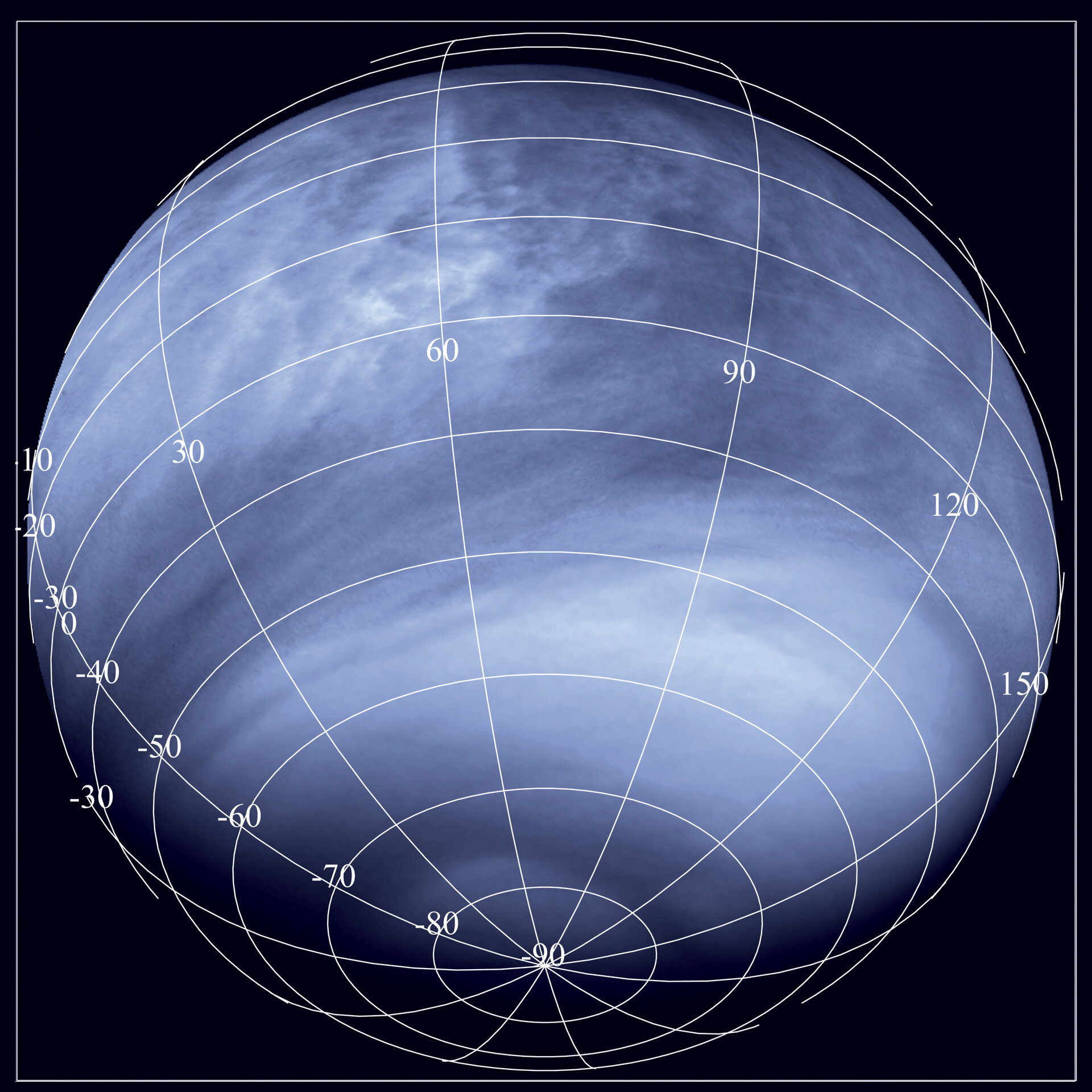 ESA’s Venus Express is helping planetary scientists investigate whether Venus once had oceans. If it did, it may even have begun its existence as a habitable planet similar to Earth.

These days, Earth and Venus seem completely different. Earth is a lush, clement world teeming with life, whilst Venus is hellish, its surface roasting at temperatures higher than those of a kitchen oven.

But underneath it all the two planets share a number of striking similarities. They are nearly identical in size and now, thanks to ESA’s Venus Express orbiter, planetary scientists are seeing other similarities too.

“The basic composition of Venus and Earth is very similar,” says Håkan Svedhem, ESA Venus Express Project Scientist. Just how similar planetary scientists from around the world will be discussing in Aussois, France, where they are gathering this week for a conference.

One difference stands out: Venus has very little water. Were the contents of Earth’s oceans to be spread evenly across the world, they would create a layer 3 km deep. If you were to condense the amount of water vapour in Venus’ atmosphere onto its surface, it would create a global puddle just 3 cm deep.

Yet there is another similarity here. Billions of years ago, Venus probably had much more water. Venus Express has certainly confirmed that the planet has lost a large quantity of water into space.

It happens because ultraviolet radiation from the Sun streams into Venus’ atmosphere and breaks up the water molecules into atoms: two hydrogens and one oxygen. These then escape to space.

Venus Express has measured the rate of this escape and confirmed that roughly twice as much hydrogen is escaping as oxygen. It is therefore believed that water is the source of these escaping ions. It has also shown that a heavy form of hydrogen, called deuterium, is progressively enriched in the upper echelons of Venus’s atmosphere, because the heavier hydrogen will find it less easy to escape the planet’s grip.

“Everything points to there being large amounts of water on Venus in the past,” says Colin Wilson, Oxford University, UK. But that does not necessarily mean there were oceans on the planet’s surface.

Eric Chassefière, Université Paris-Sud, France, has developed a computer model that suggests the water was largely atmospheric and existed only during the very earliest times, when the surface of the planet was completely molten. As the water molecules were broken into atoms by sunlight and escaped into space, the subsequent drop in temperature probably triggered the solidification of the surface. In other words: no oceans.

Although it is difficult to test this hypothesis it is a key question. If Venus ever did possess surface water, the planet may possibly have had an early habitable phase.

Even if true, Chassefière’s model does not preclude the chance that colliding comets brought additional water to Venus after the surface crystallised, and these created bodies of standing water in which life may have been able to form.

There are many open questions. “Much more extensive modelling of the magma ocean–atmosphere system and of its evolution is required to better understand the evolution of the young Venus,” says Chassefière.

When creating those computer models, the data provided by Venus Express will prove crucial.