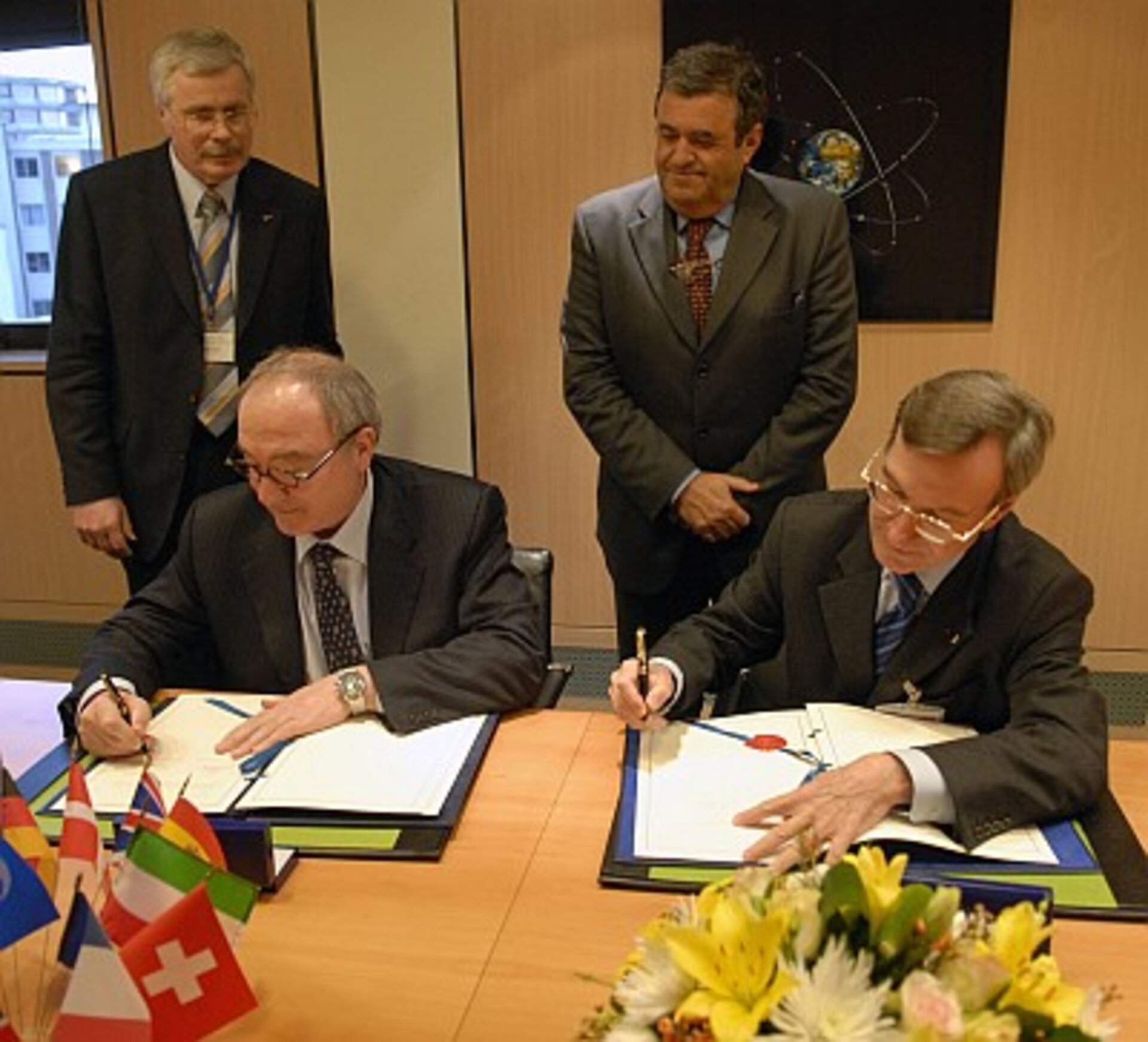 On Wednesday 15 March, at the headquarters of the European Space Agency, a co-operation agreement was signed between ESA and the Centre National d'Études Spatiales for the development of Alphabus, Europe's next generation of telecommunication satellites.

The signature of this co-operation agreement follows the signature of a contract in June 2005 between the European Space Agency (ESA), the Centre National d’Études Spatiales (CNES), EADS Astrium and Alcatel Space (which has since become Alcatel Alenia Space) who jointly committed to the Alphabus development programme and to the production of the first flight model around 2009.

The Alphabus programme is supported jointly by ESA and CNES. The agreement which has just been signed establishes the arrangements for cooperation between ESA and CNES in relation to the development and the qualification of a generic line of large platforms for geostationary telecommunication satellites, the provision of a flight model from this generic line and its validation in orbit.

Approved by ESA Member States during the Ministerial conference at Edinburgh in November 2001, Alphabus is the result of the work of an integrated team - ESA/CNES and EADS Astrium/Alcatel Alenia Space- which has designed a product intended for the upper segment of the telecommunication satellites market.

ESA, CNES, EADS Astrium and Alcatel Alenia Space have pooled their technical and financial resources for a joint development programme.

The Alphabus platform is designed for telecommunication satellites having a payload power consumption of between 12 and 18 kW.

Satellites based on Alphabus will have a lift-off mass of between six and eight tonnes and will be optimised for the European launcher Ariane 5 ECA and the new generation of commercial launchers with a fairing diameter of five metres.

The first flight model of the Alphabus platform, which will be available in 2009, will be offered by ESA to telecommunication satellite operators for their contribution to its in orbit validation. After a call for candidates and a first selection, a definition phase for the first mission of the satellite, named Alphasat, based on this first flight model of the Alphabus platform, will be started with each of the three operators selected (Eutelsat, Inmarsat and Telespazio).

A final selection at the end of 2006 will allow finalisation of the Alphasat satellite configuration for a launch around 2010.