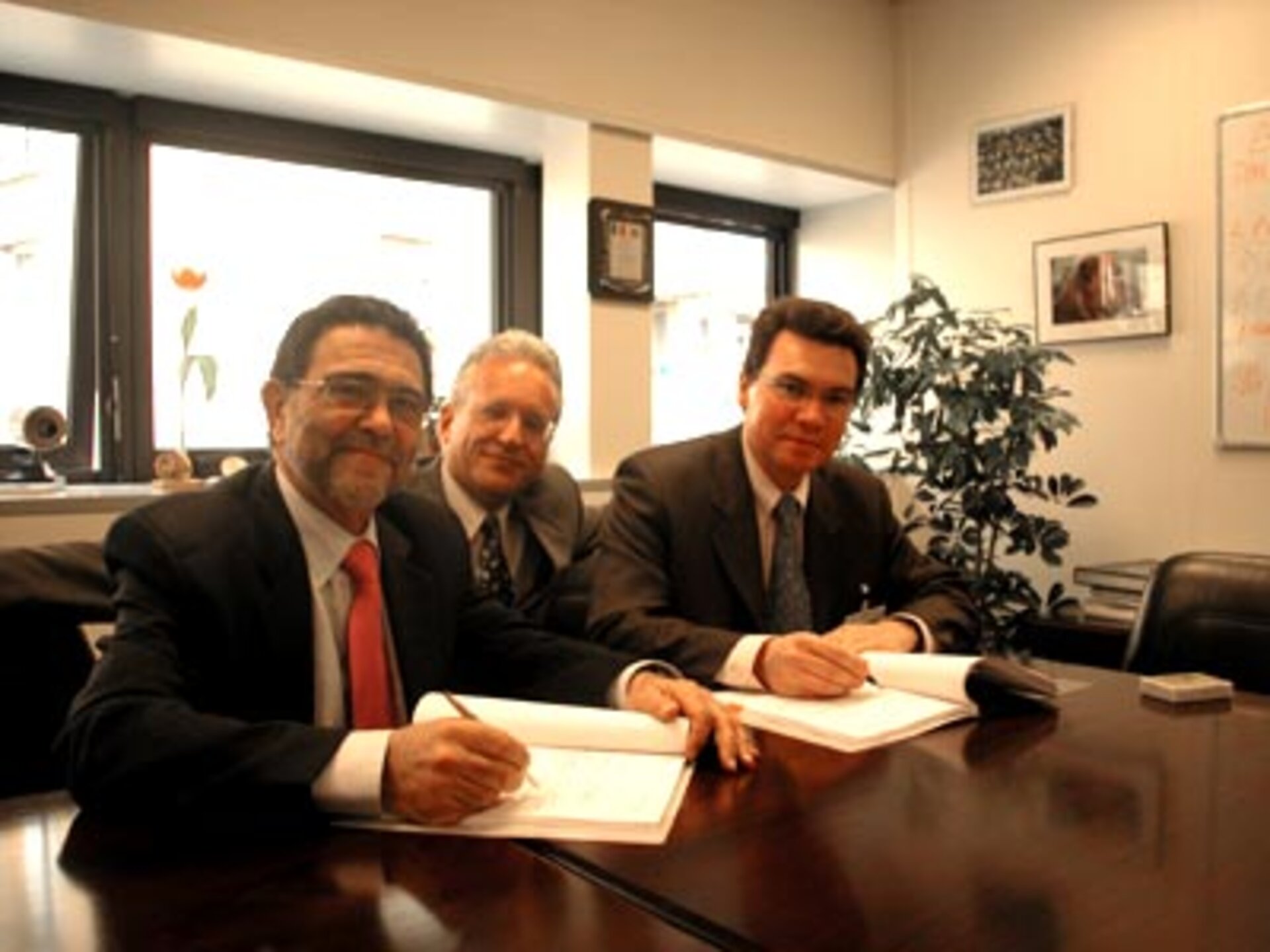 Starsem and Arianespace have announced the signing with the European Space Agency (ESA) of the GSTB contract (Galileo System Test Bed) for the launches of two experimental Galileo satellites by two Soyuz launch vehicles.

The first of the two launches will be performed from the Baikonur cosmodrome by the end of 2005. This marks the first step in the in-orbit validation of the Galileo system, in particular securing the frequencies allocated to this European satellite navigation programme.

Galileo is the first complete civil satellite navigation system which will provide accurate and guaranteed positioning services. Galileo is a joint initiative from the European Union and the European Space Agency.

The fully deployed Galileo system consists of 30 satellites (27 operational + 3 spares), positioned in three circular Medium Earth Orbit (MEO) planes at 23616 km altitude above the Earth, and at an inclination to the orbital planes of 56 degrees with reference to the equatorial plane.

One of these experimental satellites is made by Surrey Space Technology Limited (SSTL), UK. It is intended to fulfil the following main objectives: securing frequency filings, experimentation of key technologies such as the rubidium clocks, experimenting the reception of GPS signals from Medium Earth Orbit (MEO) orbit, characterization of the MEO environment using two different radiation monitoring instruments, and signal experimentation using two transmission channels in parallel.