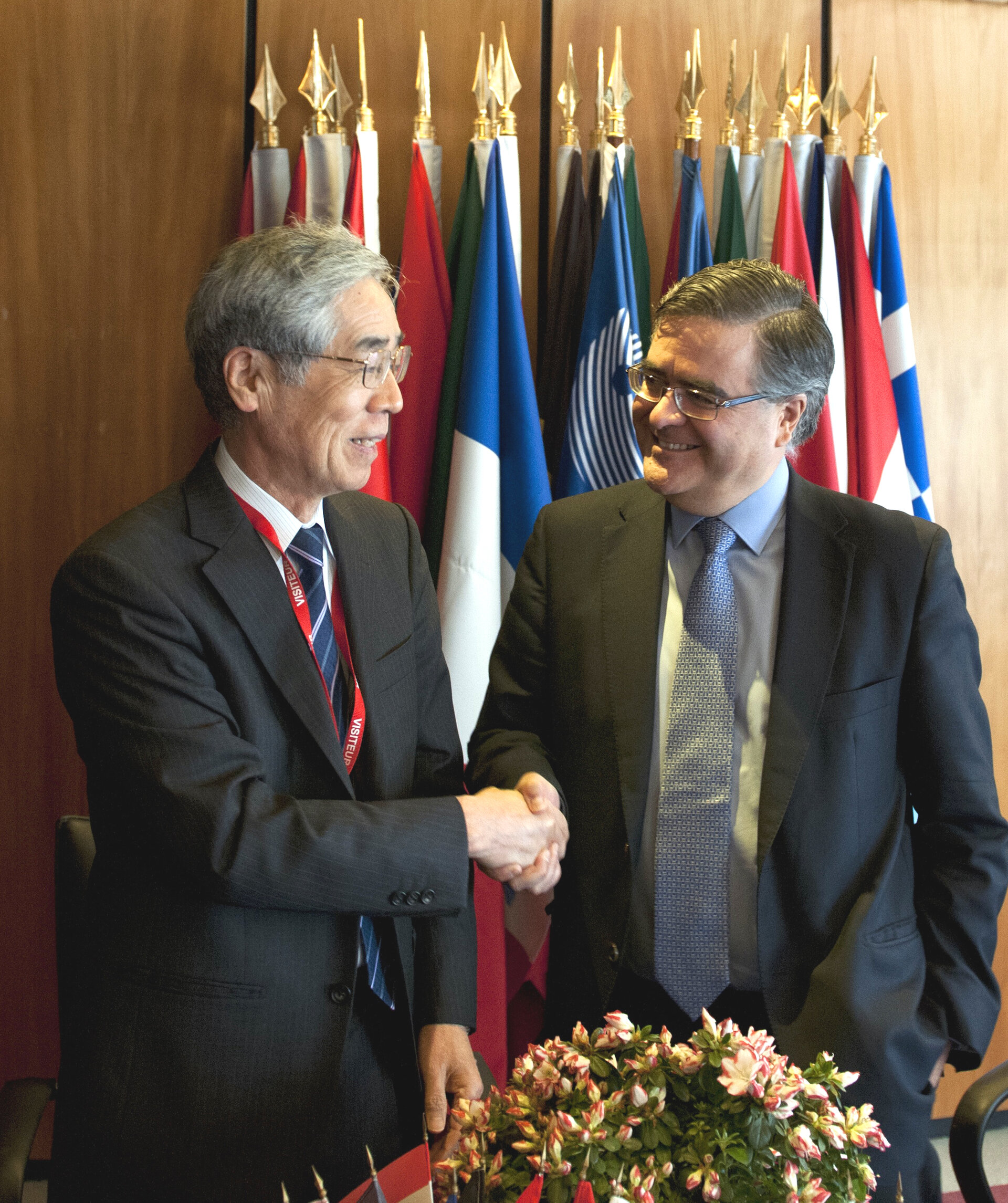 An agreement was signed by ESA and the Japanese Aerospace Exploration Agency (JAXA) for cooperation on Astro-H, an important mission that will provide a unique opportunity for probing extreme phenomena in the Universe.

Astro-H will study astrophysical objects including black holes and neutron stars, explore the non-thermal Universe, and investigate the large-scale structure of the Universe and its evolution.

The agreement was signed on 16 March by Prof. Alvaro Giménez Cañete, ESA Director of Science and Robotic Exploration, and Dr Junjiro Onoda, Director General of the Japanese Institute of Space and Astronautical Science (ISAS).

This agreement will see ESA providing JAXA with hardware components and support for operations and users. In return, ESA will be granted observing time on the Astro-H mission, to be allocated to scientists at institutions in ESA Member States through an open Announcement of Opportunity.

JAXA’s Astro-H mission is the sixth in a series of successful X-ray missions initiated by ISAS in Japan, beginning with the launch of the Hakucho mission in 1979 through to the current Suzaku mission.

Astro-H will investigate the physics of the high-energy Universe by performing high-resolution, high-throughput spectroscopy with moderate spatial resolution over the 0.3–600 keV energy range. The launch is planned for 2014 from Tanegashima Space Centre.

This agreement follows a long series of cooperations between ESA and JAXA in space science (ISO, Akari, BepiColombo), as well as cooperation between ESA and Japan in other fields, such as Earth observation (ALOS Date Node, EarthCARE), and telecommunications (Artemis/OICETS), and as partners of the International Space Station.