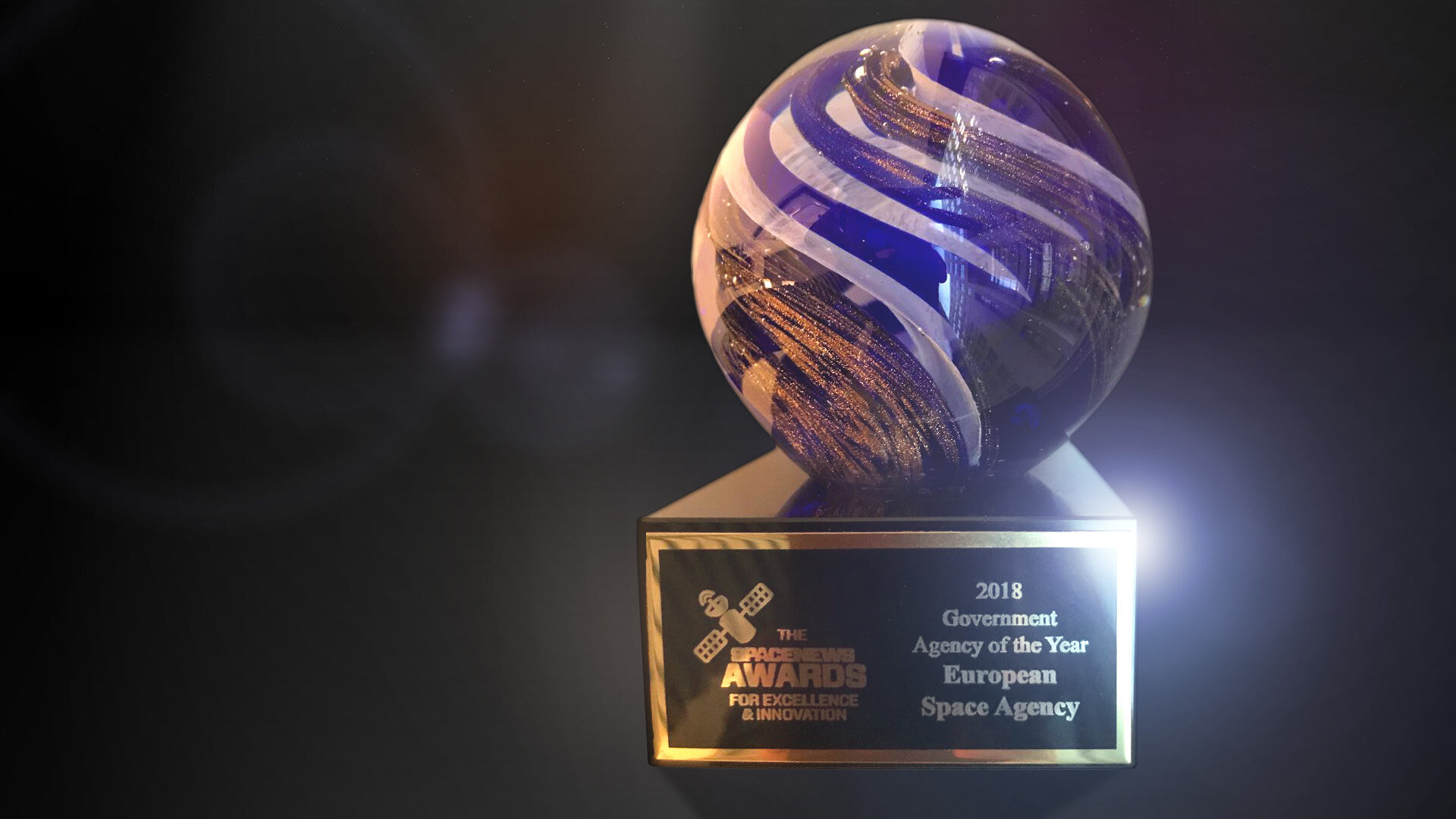 ESA was named ‘Government Agency of the Year’ in the recent SpaceNews Awards for Excellence and Innovation. SpaceNews honours excellence and innovation among space professionals, companies, programmes and organisations annually.

Chosen by the SpaceNews editorial team after an open nomination process and a readers’ poll of over 12 000 readers, the award was given for overcoming 'enormous technological challenges to launch two ambitious missions in 2018: BepiColombo’s voyage to Mercury and the Aeolus wind-sensing satellite'.

“Although both missions took far longer than expected and blew through initial cost targets, ESA persevered and ultimately succeeded with the type of daring missions only a leading space agency could attempt,” said SpaceNews.

Nominations also went to ESA's ‘RemoveDebris’ mission in the category ‘Breakthrough of the Year’ and ESA Director General Jan Wörner as ‘Government Leader of the Year’.