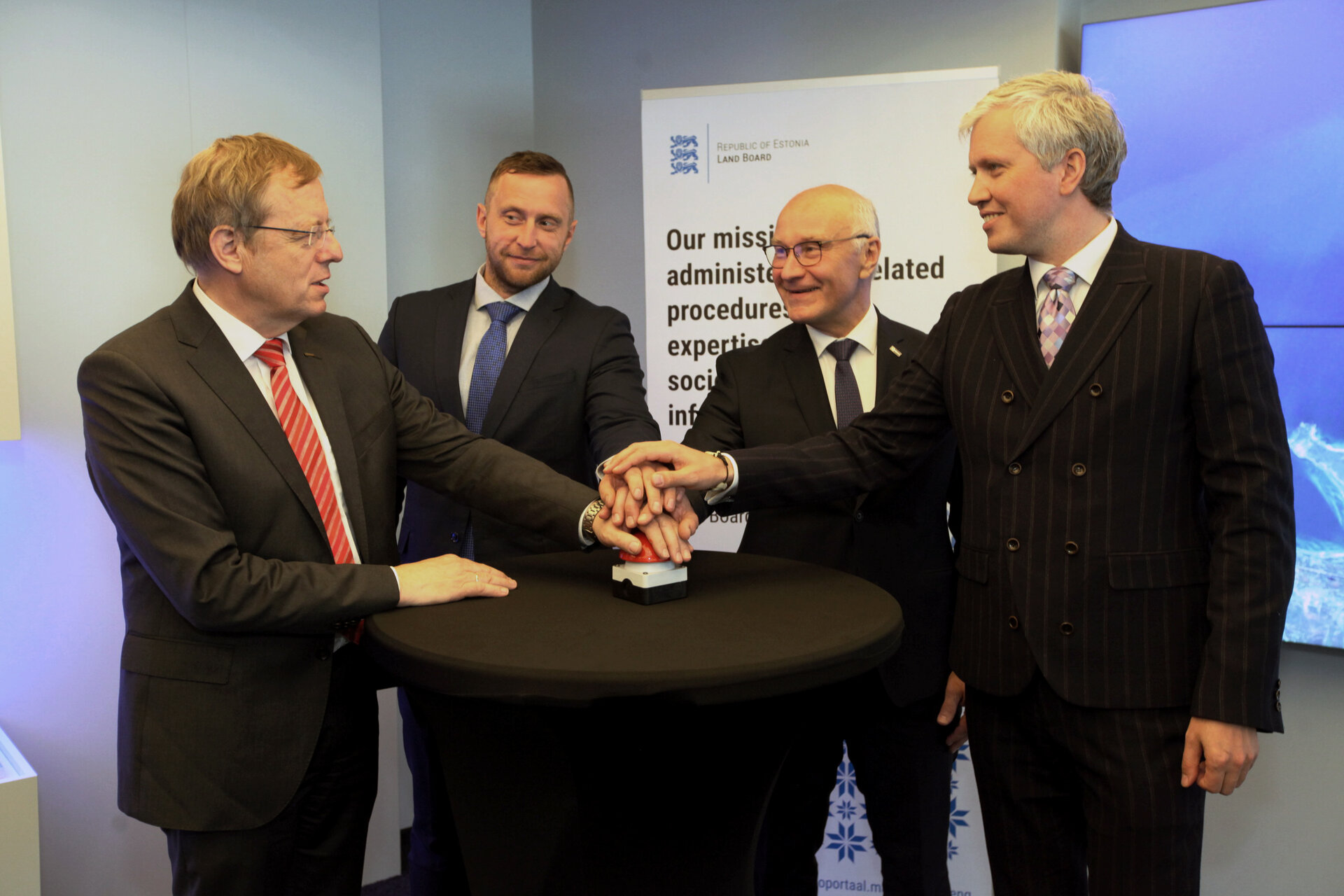 A new satellite data centre, called ESTHub, which will help technology companies to retrieve and process remote sensing data from space faster, was inaugurated this week in Tallinn, Estonia.

ESTHub was officially opened in a ceremony on 16 May at the e-Estonia Presentation Center, attended by the Secretary General of the Estonian Ministry of the Environment Meelis Münt, Deputy Secretary General for Economic Development in the Ministry of Economic Affairs and Communications Viljar Lubi, Estonian Land Board Director General Tambet Tiits and ESA Director General Jan Wörner.

This new centre will help to boost the use of satellite data by Estonian governmental institutions, researchers, universities, students and private companies, by providing easier data access and processing services.

The centre provides public and private users with access to Sentinel-1, -2 and -3 data and the possibility to process data on site. This means that users do not have to download many terabytes of data, instead they download only the end products they need.

For several years, as part of the European Union's Copernicus programme, Sentinel satellites have been sending back volumes of data, which are freely available. To facilitate their use, a number of European countries have already established National Data Centres, that store Copernicus data of interest to those countries and offer data-processing capabilities.

The development of Estonia’s data centre traces its history back to 2016, when an agreement was signed between ESA and Enterprise Estonia. As an ESA Member State, Estonia has access to ESA’s Collaborative Ground Segment, which allows faster data downloads to the national points of contact. Enterprise Estonia authorised the Estonian Land Board to be the national point of contact, and to develop and manage ESTHub.

From early 2019, the functions of ESTHub have been tested by a number of national users. The Estonian Agricultural Registers and Information Board is using ESTHub for detecting grassland mowing. The Estonian Environment Agency KAUR is using Sentinel-1 data for ice-cover mapping but plans to use Sentinel data in forestry applications and to monitor flooded areas.

“Estonia is a growing space nation, now fully part of ESA as a Member State. Taking the opportunity of the rapid development of technologies using big data from space, ESTHub will be a key partnership helping ESA to open up these resources in making it available to the broadest range of users across Europe,” said ESA Director General Jan Wörner.

“The satellite data centre provides Estonian agencies, research and development institutions and companies with an opportunity to contribute to the development of smart solutions. From the public sector point of view, it is important to increase the cross-use of data and to link satellite data to other national databases, thereby creating value-added services,” said Viljar Lubi, Deputy Secretary General for Economic Development in the Ministry of Economic Affairs and Communications.

There are already several users of satellite data and entrepreneurs in Estonia who have been eagerly awaiting the new data centre. For example, AS Datel uses Sentinel-1 data distributed by ESTHub in a service called ‘Sille’, which detects displacement in bridges, pipelines, houses and other infrastructure. “ESTHub provides data regarding Estonia and regions close by to be downloaded more quickly,” explained Andreas Kiik, Head of Space Domain at AS Datel.