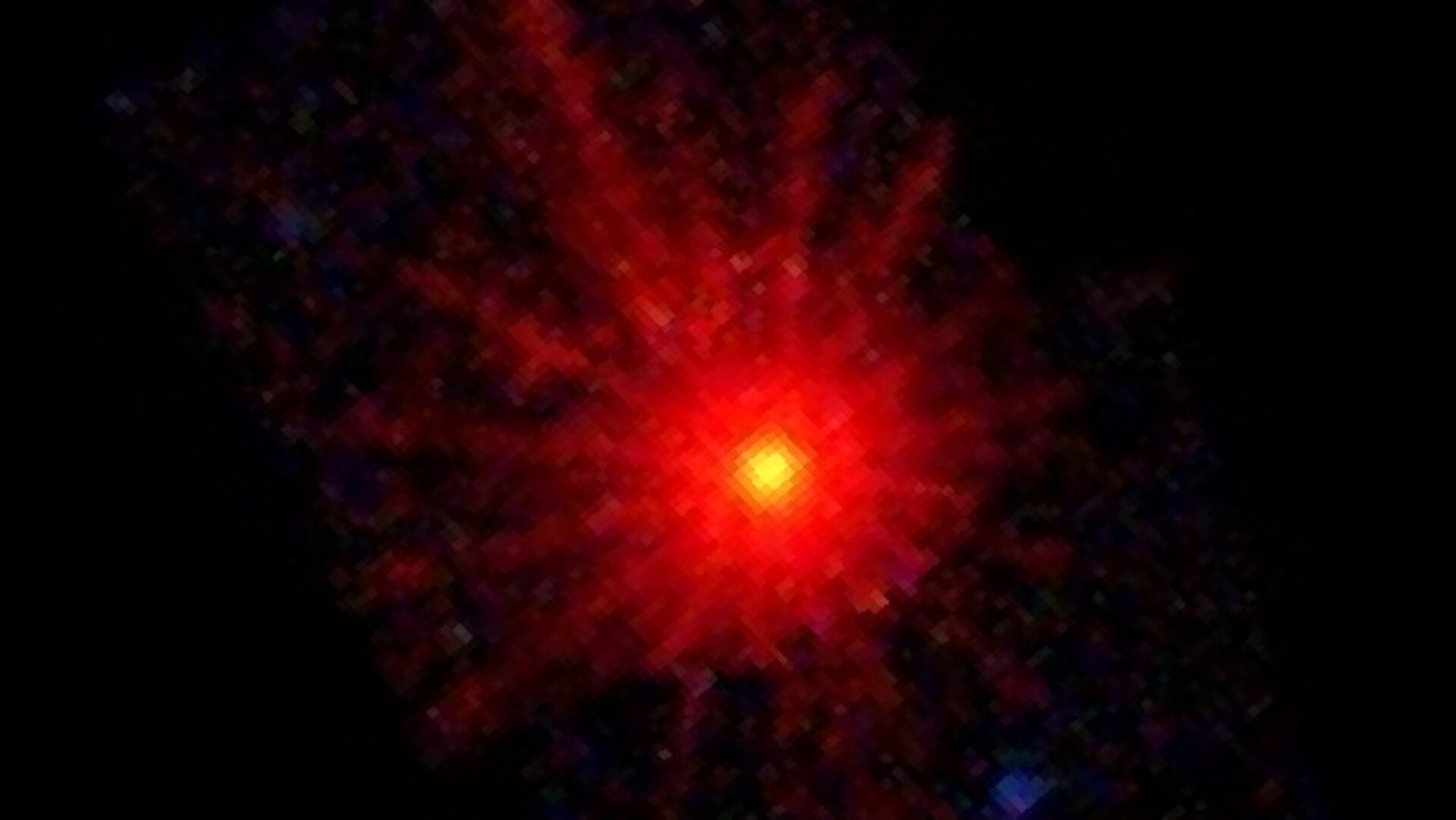 Astronomers using ESA's XMM-Newton space observatory have studied a black hole devouring a star and discovered an exceptionally bright and stable signal that allowed them to determine the black hole’s spin rate.

Black holes are thought to lurk at the centre of all massive galaxies throughout the Universe, and are inextricably tied to the properties of their host galaxies. As such, revealing more about these behemoths may hold the key to understanding how galaxies evolve over time.

A black hole’s gravity is extreme, and can rip apart stars that stray too close. The debris from such torn-apart stars spirals inwards towards the hole, heats up, and emits intense X-rays.

Despite the number of black holes thought to exist in the cosmos, many are dormant – there is no in-falling material to emit detectable radiation – and thus difficult to study. However, every few hundred thousand years or so, a star is predicted to pass near enough to a given black hole that it is torn apart. This offers a brief window of opportunity to measure some fundamental properties of the hole itself, such as its mass and the rate at which it is spinning.

“It’s very difficult to constrain the spin of a black hole, as spin effects only emerge very close to the hole itself, where gravity is intensely strong and it’s difficult to see clearly,” says Dheeraj Pasham of the MIT Kavli Institute for Astrophysics and Space Research in Massachusetts, USA, and lead author of the new study.

“However, models show that the mass from a shredded star settles into a kind of inner disc that throws off X-rays. We guessed that finding instances where this disc glows especially brightly would be a good way to constrain a black hole's spin, but observations of such events weren’t sensitive enough to explore this region of strong gravity in detail – until now.”

ASASSN-14li was discovered by the ground-based All-Sky Automated Survey for SuperNovae (ASASSN) on 22 November 2014. The black hole tied to the event is at least one million times as massive as the Sun.

“ASASSN-14li is nicknamed the ‘Rosetta Stone’ of these events,” adds Dheeraj. “All of its properties are characteristic of this type of event, and it has been studied by all currently operational major X-ray telescopes.”

Using observations of ASASSN-14li from ESA’s XMM-Newton and NASA’s Chandra and Swift X-ray observatories, the scientists hunted for a signal that was both stable and showed a characteristic wave pattern often triggered when a black hole receives a sudden influx of mass – such as when devouring a passing star.

They detected a surprisingly intense X-ray signal that oscillated over a period of 131 seconds for a long time: 450 days.

By combining this with information about the black hole’s mass and size, the astronomers found that the hole must be spinning rapidly – at more than 50% of the speed of light – and that the signal came from its innermost regions.

“It’s an exceptional finding: such a bright signal that is stable for so long has never been seen before in the vicinity of any black hole,” adds co-author Alessia Franchini of the University of Milan, Italy.

“What’s more, the signal is coming from right near the black hole’s event horizon – beyond this point we can’t observe a thing, as gravity is so strong that even light can’t escape.”

The study demonstrates a novel way to measure the spins of massive black holes: by observing their activity when they disrupt passing stars with their gravity. Such events may also help us to understand aspects of general relativity theory; while this has been explored extensively in ‘normal’ gravity, it is not yet fully understood in regions where gravity is exceptionally strong.

“XMM-Newton is incredibly sensitive to these signals, more so than any other X-ray telescope,” says ESA’s XMM-Newton Project Scientist Norbert Schartel. “The satellite provides the long, uninterrupted, detailed exposures that are crucial to detecting signals such as these.

“We’re only just beginning to understand the complex physics at play here. By finding instances where the mass from a shredded star glows especially brightly we can build a census of the black holes in the Universe, and probe how matter behaves in some of the most extreme areas and conditions in the cosmos.”

Notes for editors
"A remarkably loud quasi-periodicity after a star is disrupted by a massive black hole" by D. R. Pasham et al. is published in the journal Science.

Explore this object in ESASky