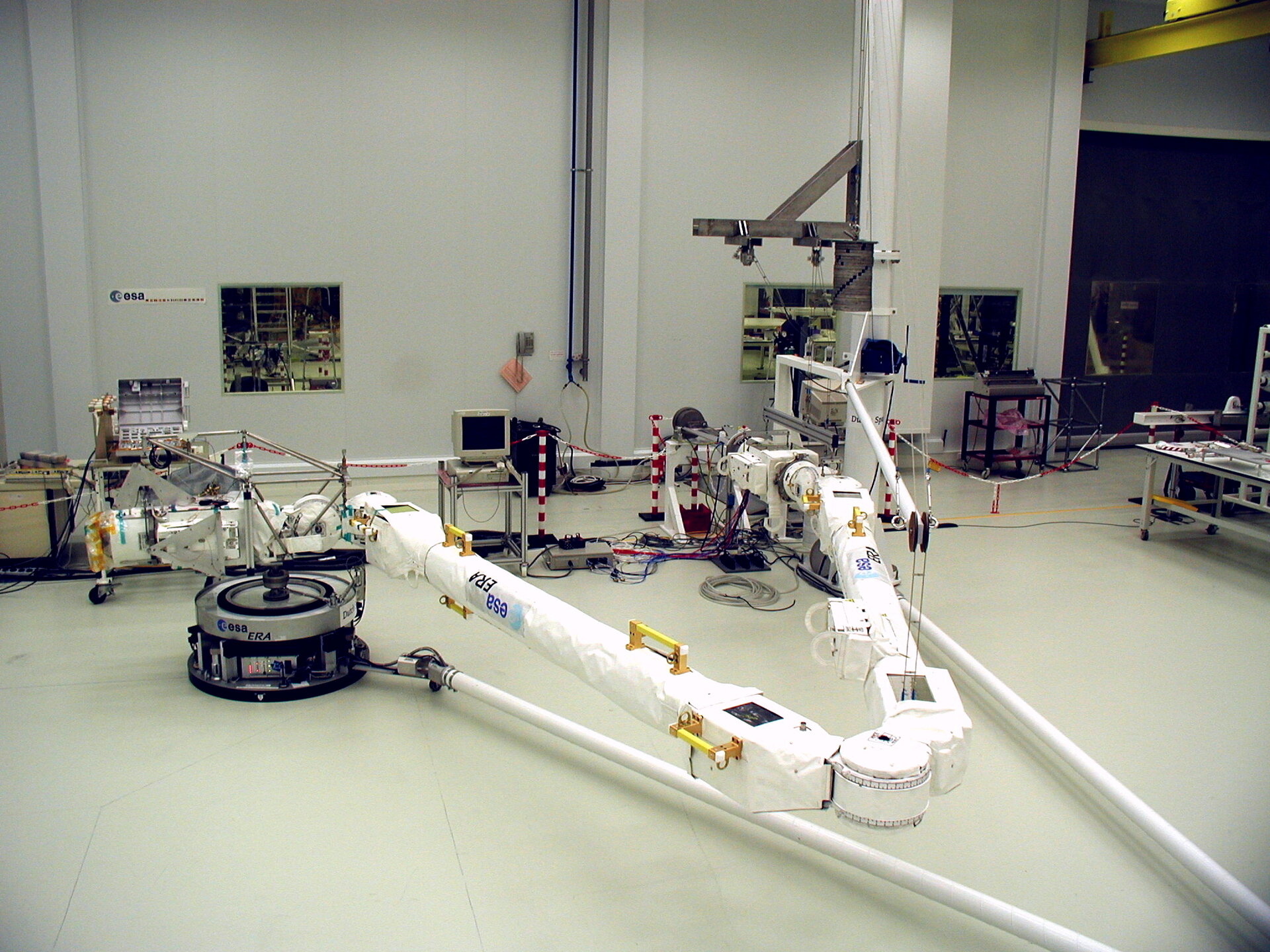 PR 11-2006. The European Robotic Arm (ERA) will be delivered to Russia this summer in preparation for a launch to the ISS in 2007. ESA and Dutch Space have organised the European Robotics Media Day for 5 April to provide the media with the opportunity to become acquainted with ERA and the engineers behind this ambitious project.

After its launch in November 2007, the 11-metre long robotic arm will perform a variety of tasks outside the ISS. With the ability to move up to 8 tonnes of equipment, ERA will play a key role in the continued construction of the ISS and will be used to move experimental equipment to different external locations. In addition, ERA will be used to move astronauts and cosmonauts around during spacewalks and use its video cameras to carry out inspections of external space station surfaces. ERA therefore has an important role to play in the maintenance and scientific utilisation of the ISS.

These uses of ERA highlight the impact that robotics has on human spaceflight missions. Robotic equipment can be used to undertake certain work in the harsh environment of space that is not suitable or possible to be carried out by astronauts, and also assists astronauts in a range of tasks to help reduce the amount of time needed for spacewalk activities.

Along with the European Columbus laboratory and the Automated Transfer Vehicle (ATV), ERA is one of ESA's main contributions to the ISS. With its seven joints and an impressive concentration of tools and electronics, the robotic arm has the flexibility to move hand-over- hand between fixed base points around the Russian segment of the International Space Station in order to perform its tasks. This flexibility is added to by the fact that ERA can be operated from inside or outside the ISS and can be controlled either in real-time or pre-programmed.

ERA is not the only European project in which robotics plays a leading role. In addition to the development of general robotics technology, ESA is currently developing the first European robotic rover to land on the surface of Mars. Scheduled for launch in 2011, this robotic rover forms a key element of the ExoMars mission, the flagship mission for ESA’s Aurora Exploration Programme.

There are also plans for a new intelligent space assistant for astronauts called Eurobot. With the help of a harness, called the Exoskeleton, astronauts will be able to use virtual reality to control Eurobot. These projects will also be highlighted during the Media Day on 5 April, which will also include a visit to the ExoMars and Eurobot test facilities at ESA’s Technology Centre, ESTEC.

Media representatives wishing to attend the event are requested to fill in and return the attached form.