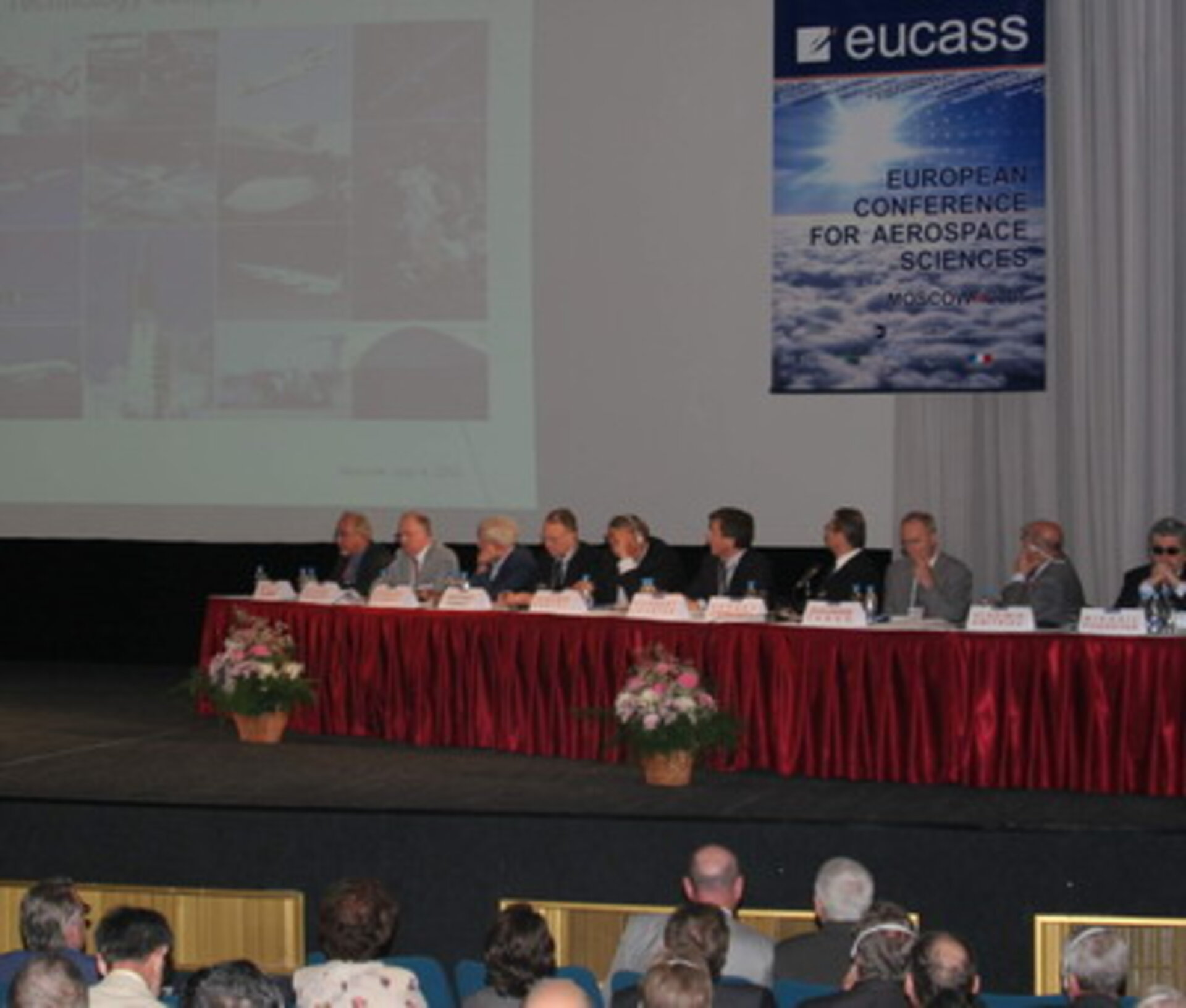 The first meeting of EUCASS, the European Conference for Aero-Space Sciences, took place this week, from 5 to 7 July, in the heart of Moscow at the Radisson-Slavyanskaya Hotel.

Among the organizers and sponsors were the French Office Nationale d’Etudes et de Recherches Aérospatiales (ONERA), the Central Aerohydrodynamics Institute (TsAGI), the Russian Academy of Sciences, the International Science and Technology Centre (ISTC), the European Aeronautic Defence and Space Company (EADS), as well as ESA and other prominent Russian and European organisations.

In his opening speech, Jacques Blamont from the French Academy of Sciences and former Director of the French Space Agency CNES said: “The existence of a visible, active, creative, unified community is the first prerequisite for the elaboration of scientific and technical policies, and as a consequence, to their implementation. This is why we have organised the present meeting as the starting point for the development of multiple lobbies which we hope you will generate.”

EUCASS will help to develop a truly European spirit among the three main actors in aeronautics and space: academia, research institutes and industry. The Conference’s prime objective is to offer a venue where the latest developments from R&D can be presented and where managers from industry can discuss objectives and difficulties with the research community. It also provides decision makers in both governments and agencies with a comprehensive survey of the state of the art developments in the aerospace industry.

It is hoped that by giving young scientists the opportunity to meet with Europe’s senior scientists and leading members of industry, this new initiative will facilitate careers in European aerospace. It will also make the results of research better known by increasing the number of articles on aerospace published in scientific journals and improving their visibility.

ESA was represented at the conference by its Director of Launchers, Antonio Fabrizi, who addressed the audience on the status of, and the prospects for, cooperation on space between ESA and Russia, particularly in the launchers sector.