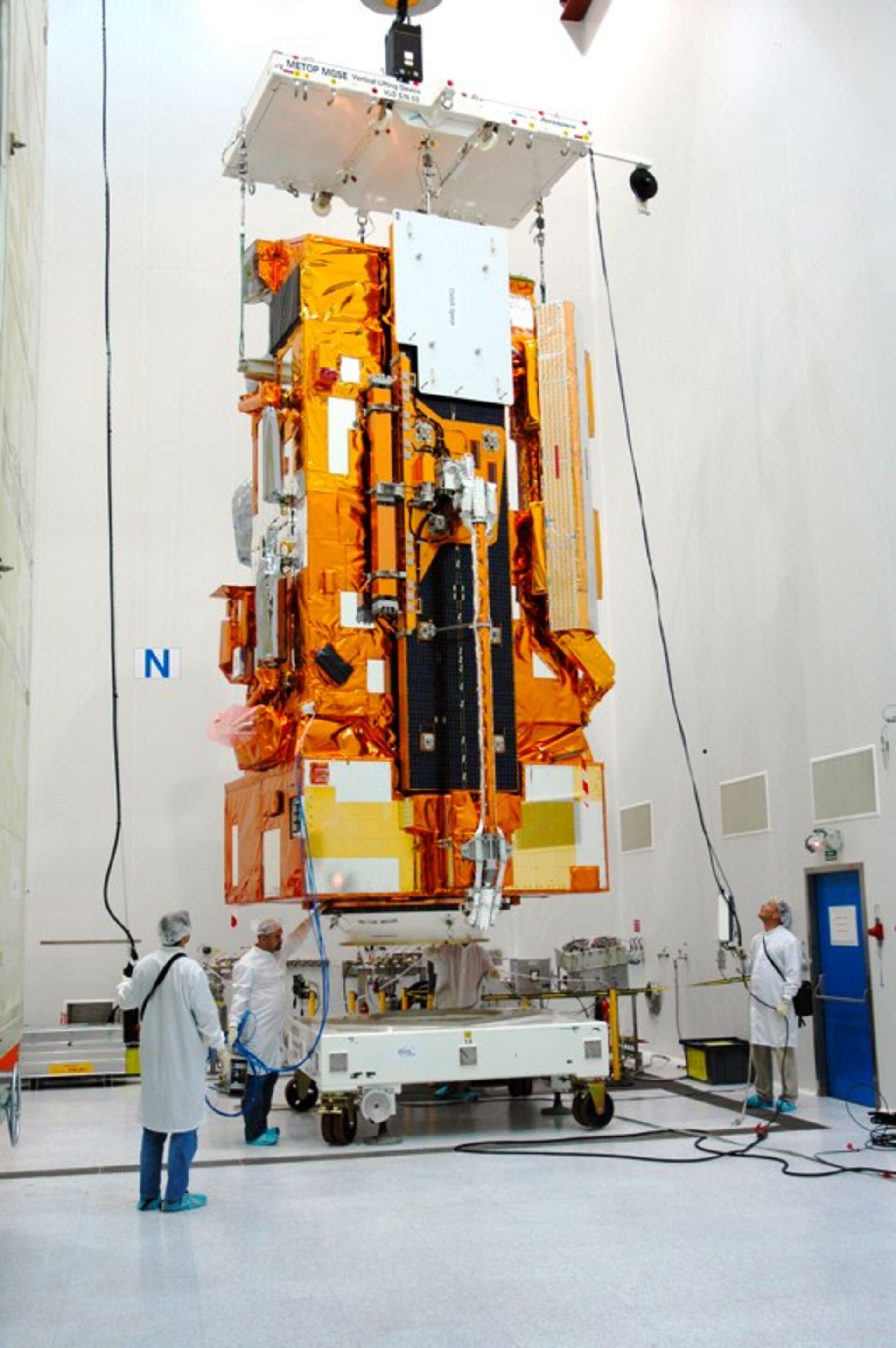 Now that there is less than two weeks to go before launch, MetOp has just been fuelled and pressurised in the Hazardous Processing Facility (HPF) at the Baikonur launch site in Kazakhstan.

The dangerous job of hydrazine fuelling took place on 27 June and was carefully monitored throughout, after which the system needed to stabilise overnight. The following day the system was pressurised and the go-ahead was given to switch the satellite on to check for any signs of damage. With everything in working order MetOp was transported back to the Upper Composite Integration Facility (UCIF) where it will be coupled with the Fregat upper-stage.

While the fuelling was being carried out, the inner fairing was having its final clean. Inflatable mattresses were used to distribute the weight of the team working on these sensitive areas.

Since being fuelled MetOp has also had the clamp band pyro connection installed by specialists from EADS Astrium. The clamp band, which connects the satellite to the launch vehicle adapter, opens at the end of the launch ascent to release MetOp into its polar orbit around 800 km above the surface of the Earth.

In addition, MetOp went through another functional test on 1 July. Activities have also been carried out on the Fregat, and now the engine is in wrapped in thermal multilayer insulation and all the red tags removed.

The launch campaign activities have all been carried out on schedule and with these milestones passed everything is on track for the launch on 17 July at 18.28 (CEST), 22.28 Baikonur time.