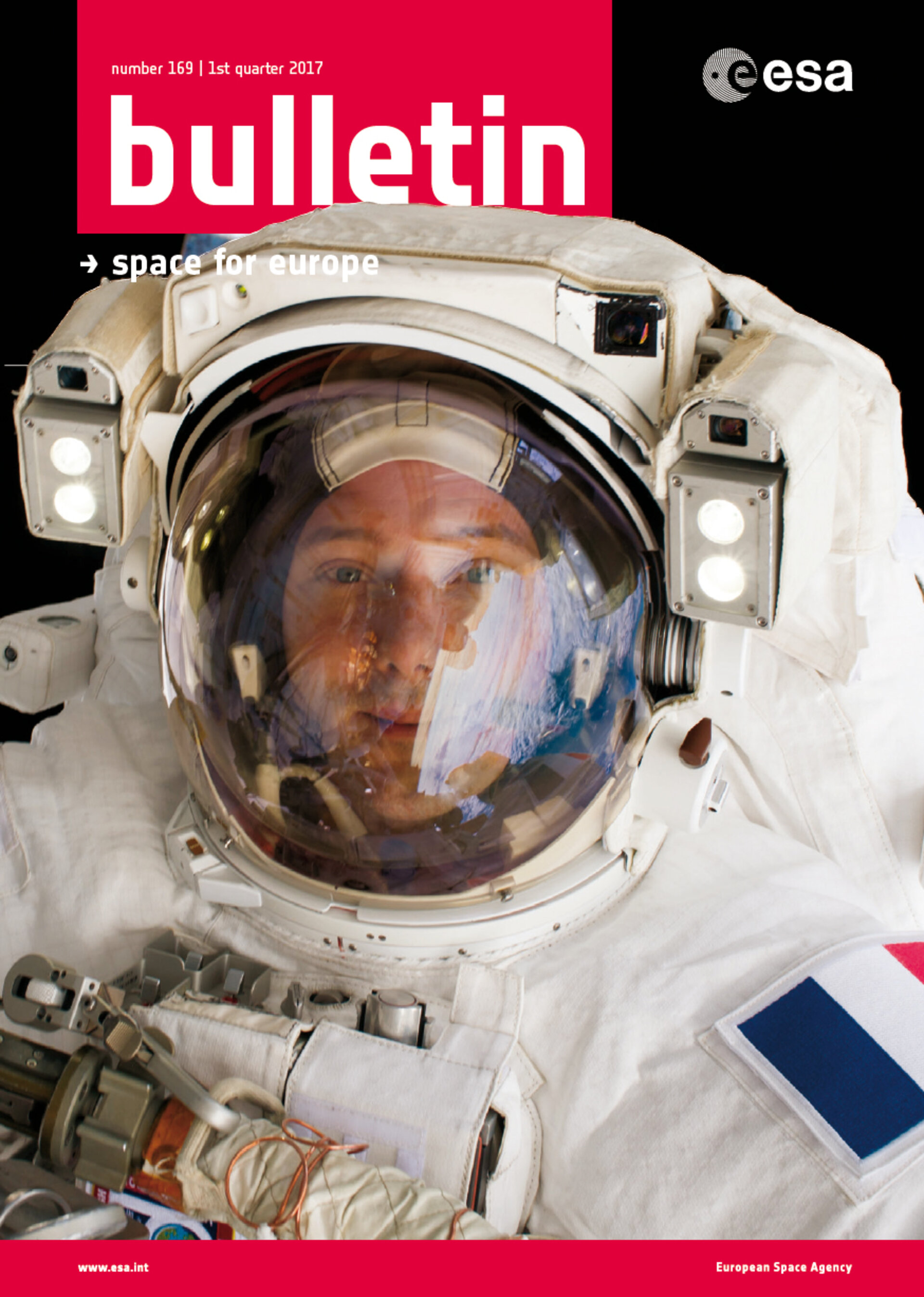 A new era of space foresees a future with more partnerships with the private sector and where space agencies won’t be the only actors. The first article, Open for Business, describes an unprecedented event that took place last year in London: for the first time, ESA invited the space and non-space industry to sit together and exchange ideas on what the future of space exploration holds for them – both on Earth and in space. The 'Space for inspiration – ISS and beyond' event was born with the aim of inspiring new and exciting ventures.

Sixty years into the history of spaceflight, Europe is now supporting humankind’s deep-space ambitions with its contribution to NASA’s Orion spacecraft – the European Service Module (ESM). Europe's Ticket to Deep Space details the progress made on the Orion service module builds and how it will extend exploration activities beyond low-Earth orbit.

In Simulation Beyond Flight Operations, we learn about the LISA Pathfinder operational simulator that was originally developed to train the flight control teams involved in the most critical mission phases, but was extended to accommodate also science operations. For the first time in ESA history, the same simulator was used by both the Flight Control teams and by the Science team to validate the ground segment and the scientific experiments.

Our next story is a first, a first-hand report from colleagues at the German Aerospace Centre (DLR) in Cologne abut the testing of the Vinci engine for Ariane 6. In Launching into Space with Down-to-Earth Attitude, Manuela Braun describes the hot-fire tests of this engine at the DLR Institute of Space Propulsion in Lampoldshausen, Germany, last May.

We round off with the regular look back at some of the most interesting or more unusual images of 2016.