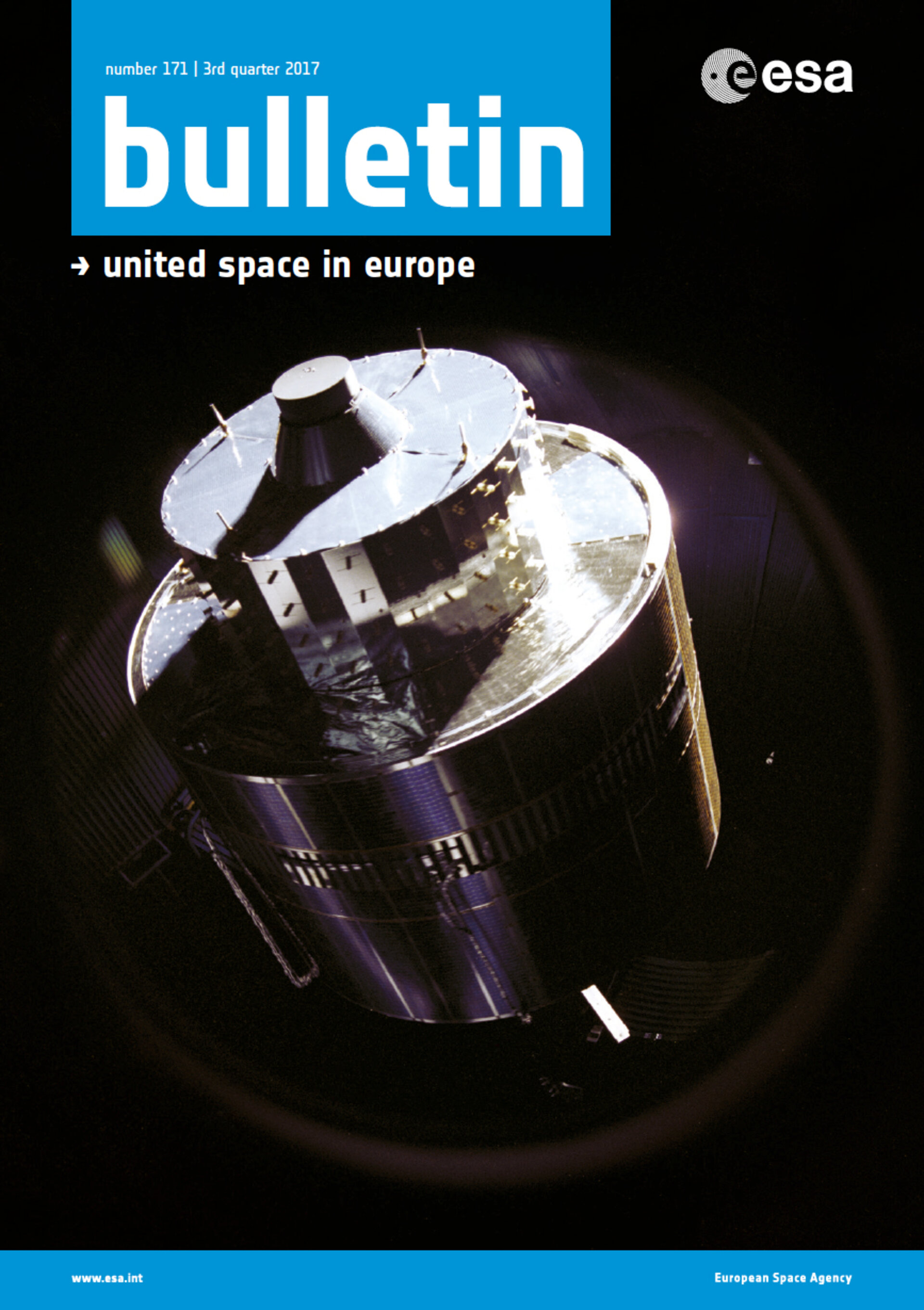 September marked 50 years since the official inauguration of ESA’s European Space Operations Centre (ESOC), in Darmstadt, Germany. The Space Choreographers is a respectful reference to those at ESOC who maintain real-time contact with missions and determine the position, speed and attitude of satellites in space as they perform their celestial dances. This article charts the history of Europe’s centre of excellence for satellite operations.

Since 1968, the postcard village of Redu in the Belgian Ardennes has been connected with space. First hosting a tracking facility, the site has now been renamed as a fully fledged ESA centre. ESA’s base in Belgium will now be known by a new name: the European Space Security and Education Centre, or ESEC. The Evolution of ESEC describes this new chapter beginning just before the centre’s anniversary next year and highlights the growth and development over the past half a century.

Many aspects of our lives are dominated by the weather – our well-being and prosperity rely on it. The economic and social benefits of accurate weather forecasts are immense and include improved efficiencies in agriculture, better planning of transport and energy networks, and better preparation for hazardous conditions. The first geostationary weather satellites were launched in the mid-1960s by the United States, but it was not until the 1970s that a coordinated global effort of weather prediction was begun. Forty Years of Meteosat tells the story of Europe's contribution to global weather monitoring.

The Chinese Way is a brief look at the training of ESA astronauts Samantha Cristoforetti and Matthias Maurer, who joined 16 Chinese astronauts in August this year for nine days of sea survival training off China’s coastal city of Yantai.