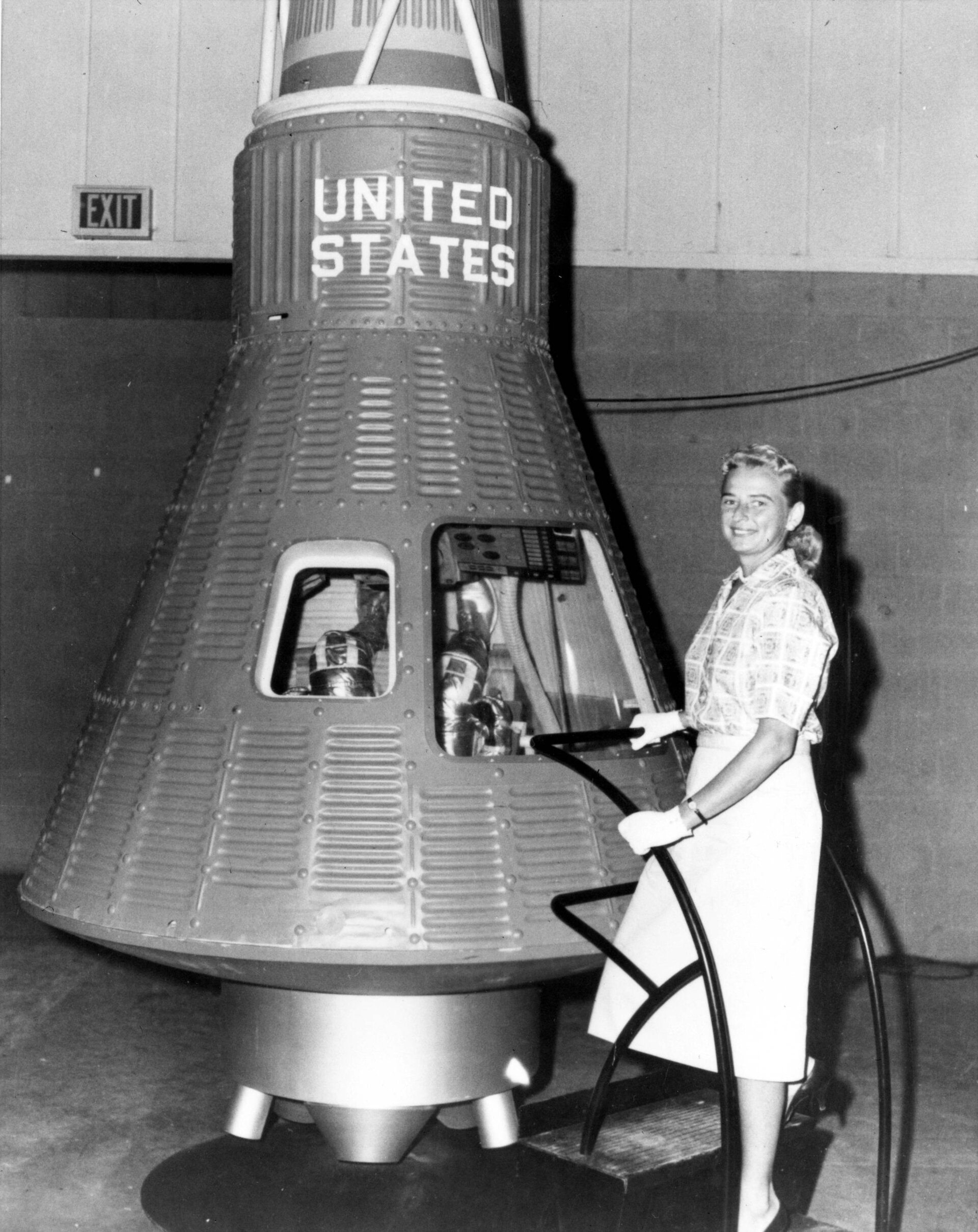 Premier Nikita Khrushchev saw Valentina Tereshkova’s spaceflight as a triumph for the Soviet Union. However, no more Soviet women would enter space for another two decades. It was not until 1982 that cosmonaut Svetlana Savitskaya became the second woman in space, and America would have to wait until the following year for Sally Ride to become the third woman in space.

In 1960–61, 13 US female pilots took part in an early private effort to test the ability of women to be astronauts. This small group, later called the ‘Mercury 13’, went through some of the same medical tests as the Mercury astronauts, and scored very well on them – in fact, better than some of the male astronauts.

Despite the fact that several of the women had been employed as civilian test pilots, and many had considerably more flying time than the male astronaut candidates, the testing project was cancelled and it was never taken up as a NASA initiative.

Why did it take so long for other women to fly in space after Natasha Tereshkova first spaceflight? There are several reasons, and maybe the question should be, why weren’t female pilots selected in the first US astronaut groups? One of the reasons was the process that NASA decided to use in 1958 when recruiting its Mercury astronauts.

At first, NASA thought that the best candidates would most likely be pilots, submarine crews or members of expeditions to the Arctic or Antarctica, or people with experience in parachuting, climbing, deep-sea diving or scuba diving.

NASA soon realised that many people were likely to apply, and that processing all the applications would be expensive and take time. President Eisenhower believed that military test pilots would make the best astronauts and, as a result, the selection requirements were altered, greatly simplifying the selection procedure.

So it was decided: all astronauts must be graduates of military jet test pilot schools and have engineering degrees. The criteria were relaxed as later groups of astronauts were recruited, but the choice of military test pilots as the first astronauts had set the trend.

The problem was that, in the early 1960s, women were barred from military flight training. Therefore, no American women could become military jet pilots and therefore gain the test piloting experience necessary. In fact, women had been excluded from military flying since the end of the Women’s Airforce Service Pilots in 1944.

It was only in 1973 that the US Navy allowed women into flight training. The US Army soon followed and trained female helicopter pilots, with the US Air Force catching up in 1976. The US Air Force had accepted women into its Test Pilot School at Edwards Air Force Base in 1974, but only as engineers. It would be 14 more years until the first female test pilot graduated there. In 1989, only a year later, Major Eileen Collins was the second female pilot to graduate from the Test Pilot School. She joined NASA in 1990, and was the first female Shuttle pilot and the first female Shuttle commander in 1999.