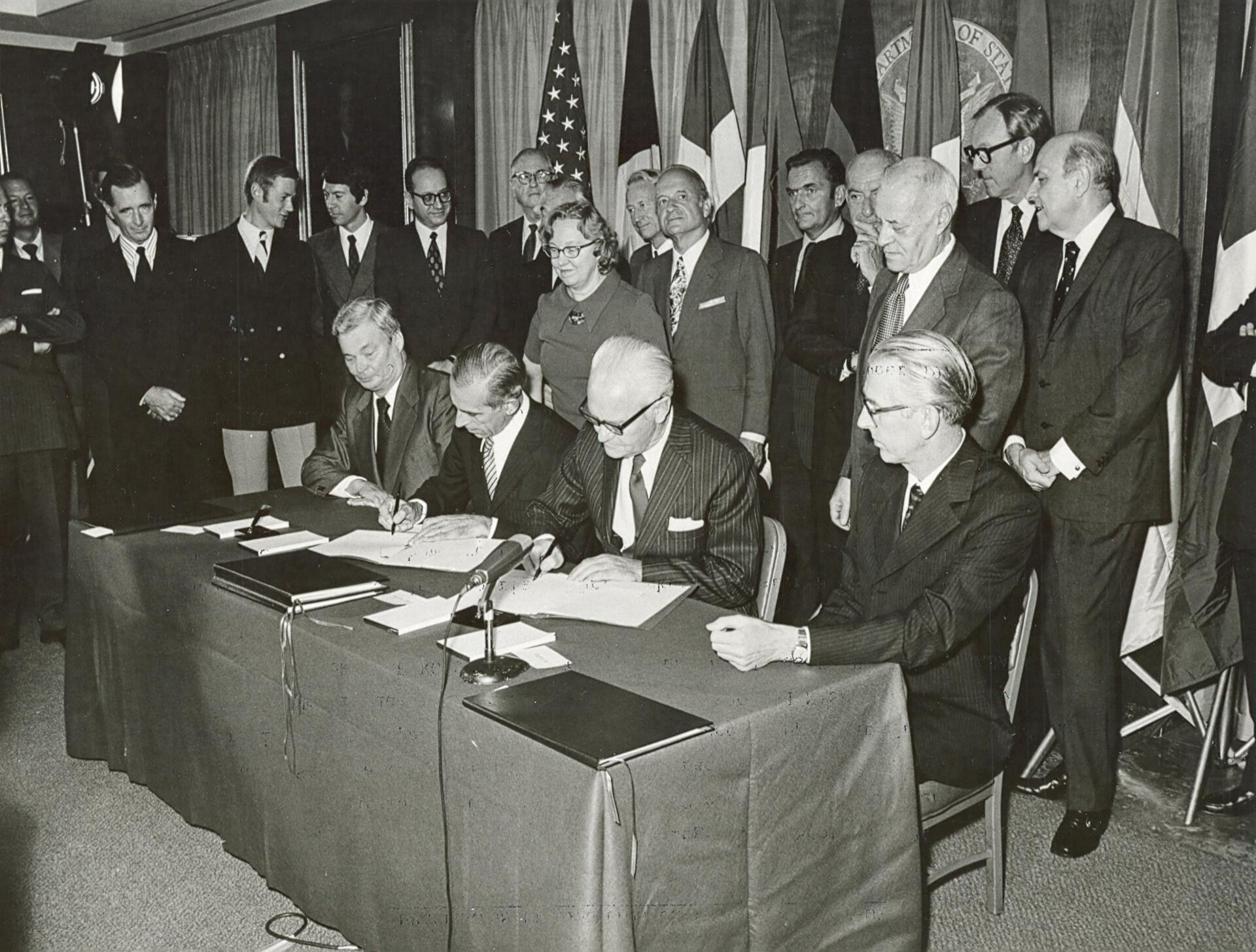 The Memorandum of Understanding signed with NASA gave Europe the responsibility for funding, designing and building Spacelab. Europe agreed to deliver free of charge the Engineering Model and the first Flight Unit, plus ground support equipment, in return for a shared first mission.

Unlike Skylab, the first US space station, which had been built mostly from existing Apollo hardware, Spacelab was a new construction offering a much wider range of applications. In June 1974, ESA selected an industrial consortium led by VFW-Fokker/ERNO (later MBB/ERNO, now EADS Astrium) to develop the modular elements making up Spacelab: a pressurised laboratory or Pressure Module (PM), a gimballed instrument pointing system and cargo bay pallets.

In the early 1980s, the Shuttle was planned to fly up to once a week and about a hundred Spacelab missions were anticipated through the 1990s. This number significantly decreased as the Shuttle began flying. Spacelab pallets were flown as early as the second Shuttle mission, STS-2, in November 1981, even before the first full Spacelab two years later.

Spacelab Flight Unit 1 (Spacelab-1) was formally accepted by NASA in February 1982. The maiden mission was designed to prove Spacelab’s capabilities, requiring not only more experiment hardware than any previous ESA flight, but also more experimenters: 100 investigators across numerous disciplines. Half the payload was allocated to ESA’s First Spacelab Payload (FSLP). This representative configuration was the PM plus one pallet with a total of 70 experiments.

Ulf Merbold’s flight on STS-9 marked the beginning of an extensive ESA/NASA partnership that included dozens of flights of ESA astronauts in the following years. With their NASA crewmates, nine Europeans have worked inside Spacelab while in space. Spacelab was even flown in 1995 on a milestone international mission: the first Shuttle docking with Russia’s Mir space station. When Spacelab flights stopped in 1998, full Spacelab modules had flown 16 times and Spacelab pallet-only missions had flown six times.

Spacelab turned out to be one of the most important and most frequently flown Shuttle payload systems to date, most including a significant ESA science/payload contribution with some missions funded and operated by other countries, such as Germany and Japan.