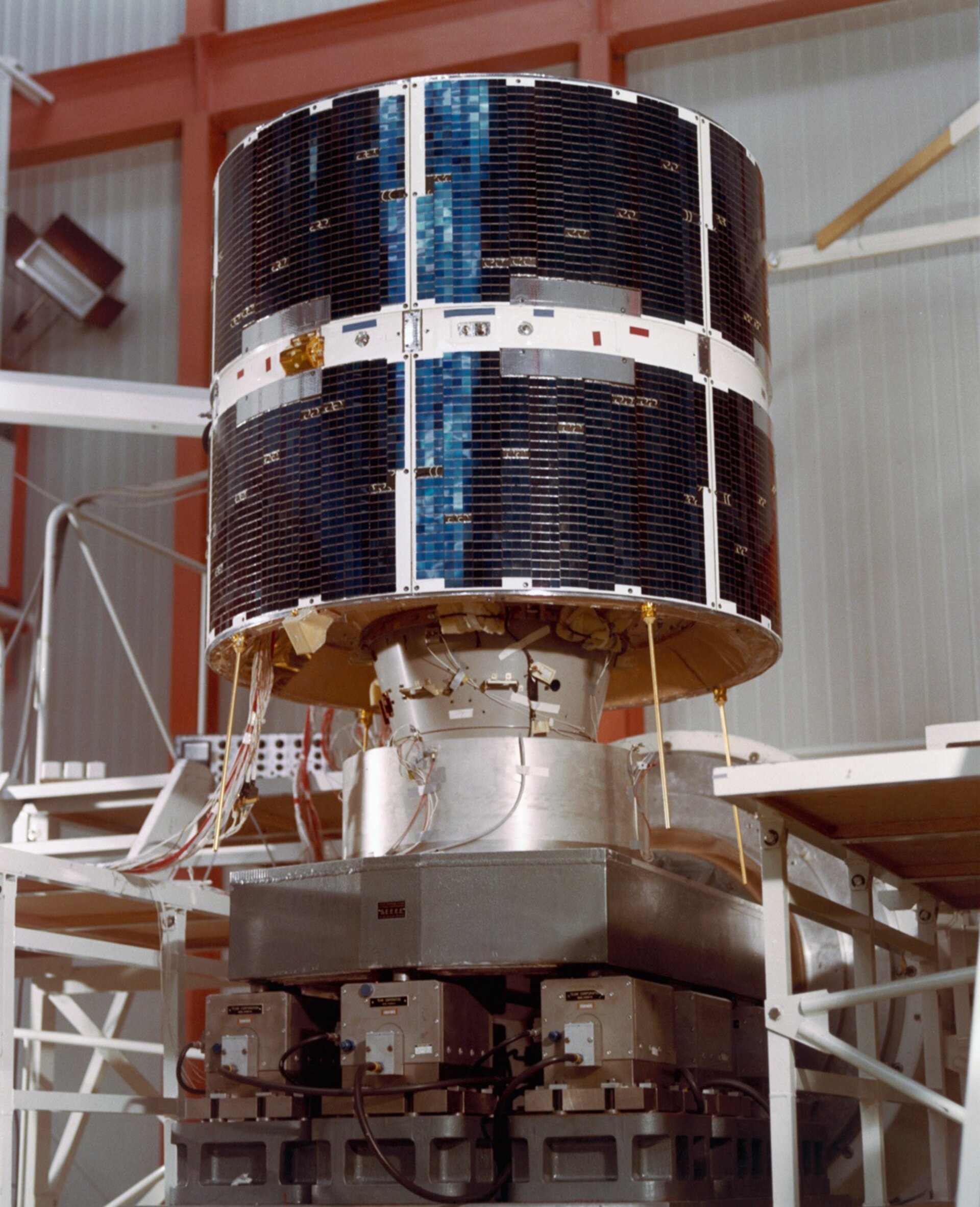 This weekend sees the 45th anniversary of the launch of Cos-B, the first satellite to be launched under the banner of the newly created European Space Agency, on 9 August 1975.

Cos-B was the first European mission to study gamma-ray sources and to be dedicated to a single experiment. The concept for Cos-B was first put forward by the European scientific community in the mid-1960s and approved by the European Space Research Organisation (ESRO) Scientific and Technical Committee in 1969.

“Its mission was to map the sky, in particular the Milky Way, in the light of gamma rays with energy greater than 50 MeV. Such gamma rays may be produced by cosmic rays (relativistic protons and electrons), interacting with the interstellar medium, starlight and magnetic fields,” said Brian Taylor, the former ESA Cos-B Project Scientist.

“The objective was to search for cosmic sites where these particles might be accelerated to relativistic speeds. Being charged, their arrival directions at Earth bear no relation to their point of origin, since their trajectories are ‘scrambled’ by the interstellar magnetic fields whereas gamma rays come straight to us.

“Uniquely, Cos-B carried a single instrument, conceived in the mid-1960s and approved for flight by the ESRO Council in 1969. Up to that point, ESRO’s early satellites carried typically seven separate instruments, so Cos-B was really a case of all eggs in one basket.

“Not only that, finding gamma rays among the 10 000 times more numerous charged-particle cosmic rays was akin to finding the needle in the haystack,” said Brian Taylor.

The satellite’s main development started in February 1972, with the prime contractor MBB Ottobrunn, Germany, and with co- and subcontractors in Belgium, Denmark, Spain, France, Italy, the Netherlands and the UK. The gamma-ray instrument was designed and built by a consortium of five institutes from Germany, the Netherlands, France and Italy.

Cos-B was launched on behalf of ESA on a Thor Delta 2913 launch vehicle from the Western Test Range, California, on 9 August 1975. It had a design life of one year with adequate consumables and margins for another year of operations. In fact, Cos-B went on to function successfully for six years and 8 months, four years longer than planned. It was finally switched off on 25 April 1982.

The analysis of the scientific data and the production of the mission’s scientific archive were completed by 1985, ten years after launch. During its life, Cos-B had increased the amount of data on gamma rays by a factor of 25. Scientific results included the 2CG Catalogue, listing around 25 gamma ray sources, and the first full gamma-ray map of the Milky Way. The satellite also observed the X-ray binary Cygnus X-3 and the first gamma-ray active galactic nucleus, 3C 273.