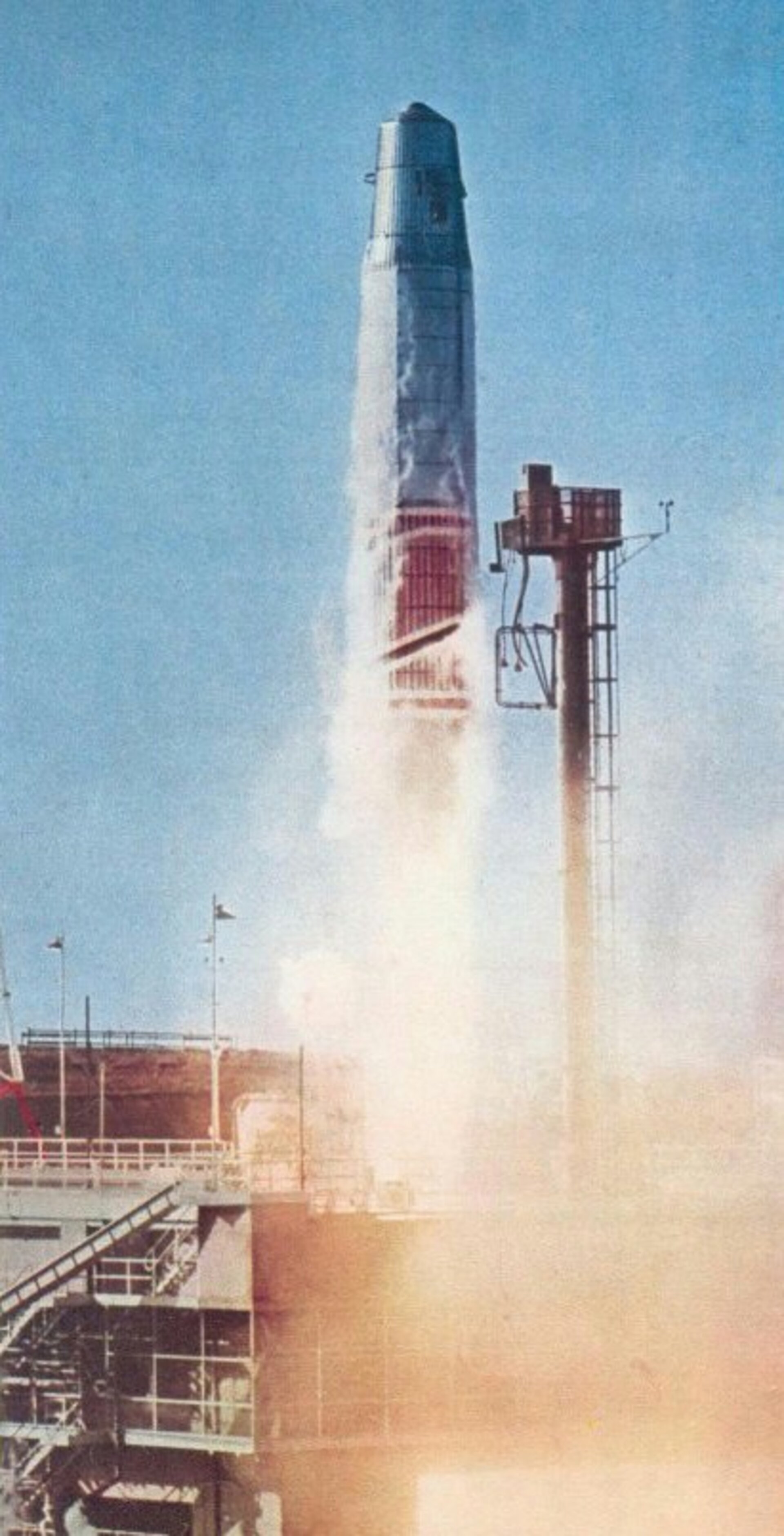 The Europa rocket was an early launch system of the European Launcher Development Organisation (ELDO), which was one of the precursors to ESA and its family of Ariane launchers. Europa was built to develop Europe's access to space and put European scientific satellites into orbit. This task was expanded later to include telecommunications and meteorological satellites. It was composed of three stages (the UK’s Blue Streak, the French Coralie and German Astris stages). The first Europa firing using all three stages took place on 30 November 1968.

F1 was the first test flight in Phase 1 of the ELDO launcher development programme, launching a Europa first stage. The F1 vehicle had arrived in Adelaide, Australia, on 18 January 1964 and was transported to Woomera for launch preparations. It was installed on its launch pad in March and underwent static firing tests in April. Launch was planned for 25 May, but unsettled weather at Woomera caused some delays. After several launch attempts, another firing was set for 5 June.

At dawn on 5 June, the weather was excellent and after an extremely smooth and efficient final countdown, the vehicle lifted off successfully at 9.11 a.m. It followed its programmed course downrange, with its flight path and projected impact point being as planned.

At about 130 seconds into the flight, however, telemetry records indicated that the vehicle was becoming unstable. This became marked at 140 seconds, developing into an uncontrolled corkscrew at 145 seconds. At 147.5 seconds the engine ceased thrusting, only six seconds before the planned time for engine cut-off.

Although the vehicle broke up near the end of the flight, the launch was classed as a success. Telemetry records and radar tracking were excellent. The good visibility enabled observers to obtain data on the flight up to its highest point, at about 4 minutes, when break-up was observed. Except for some loss of camera coverage around the period of engine cut-off because of the long ranges involved, the data obtained from range instrumentation were excellent, and the performance of the vehicle was well up to theoretical expectations.