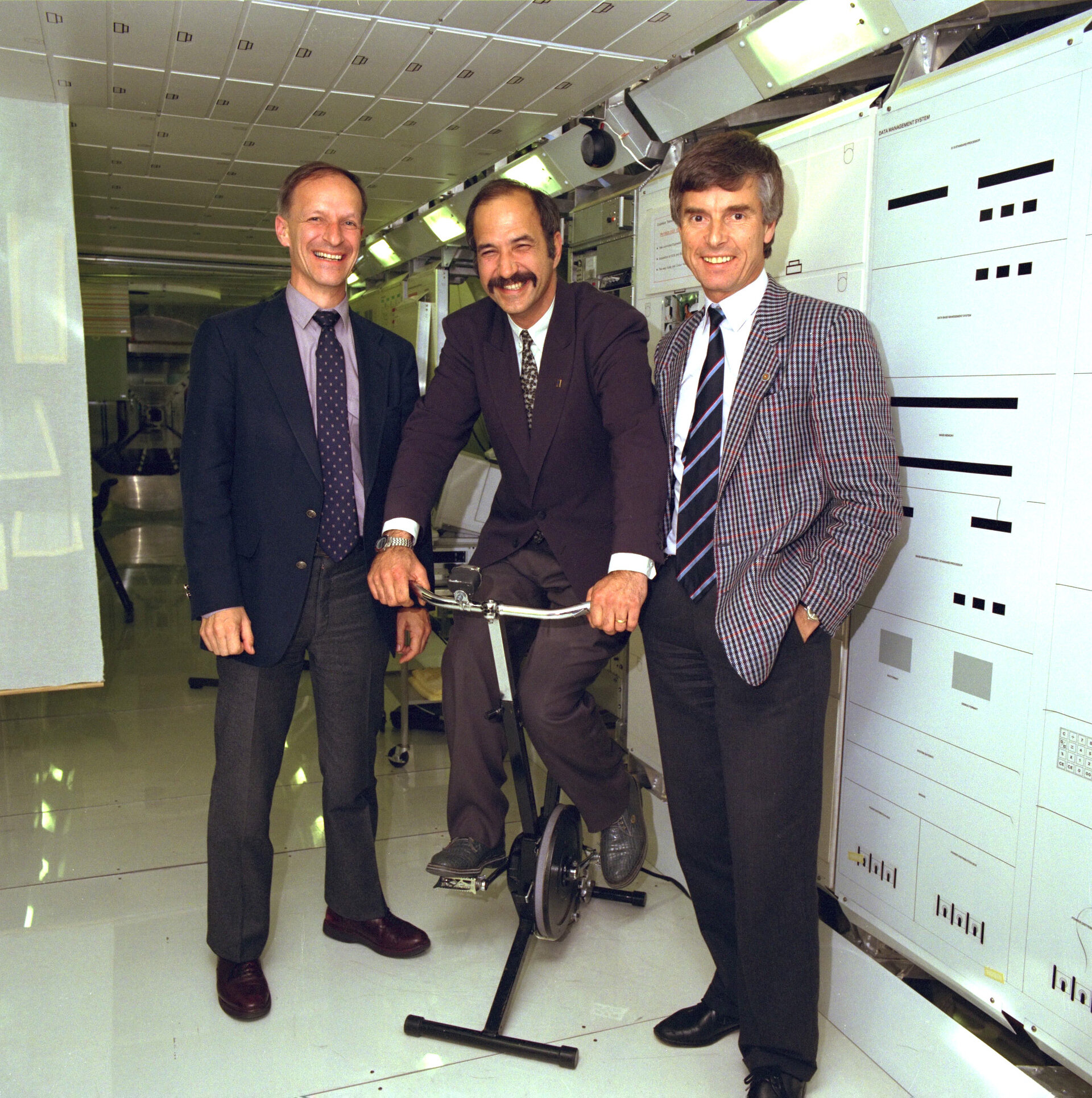 ESA started its first astronaut selection in 1977-1978. This came from the 1973 agreement that ESA had with NASA to supply the first Spacelab reusable science laboratory, which was carried in the Shuttle’s cargo bay, in exchange for flight opportunities for European astronauts.

From this selection campaign, ESA chose its first astronauts: Nicollier, Ockels and Merbold. Italian physicist Franco Malerba was also chosen in this selection, but later resigned for medical reasons. He eventually became the first Italian in space when he flew on the Space Shuttle in 1992.