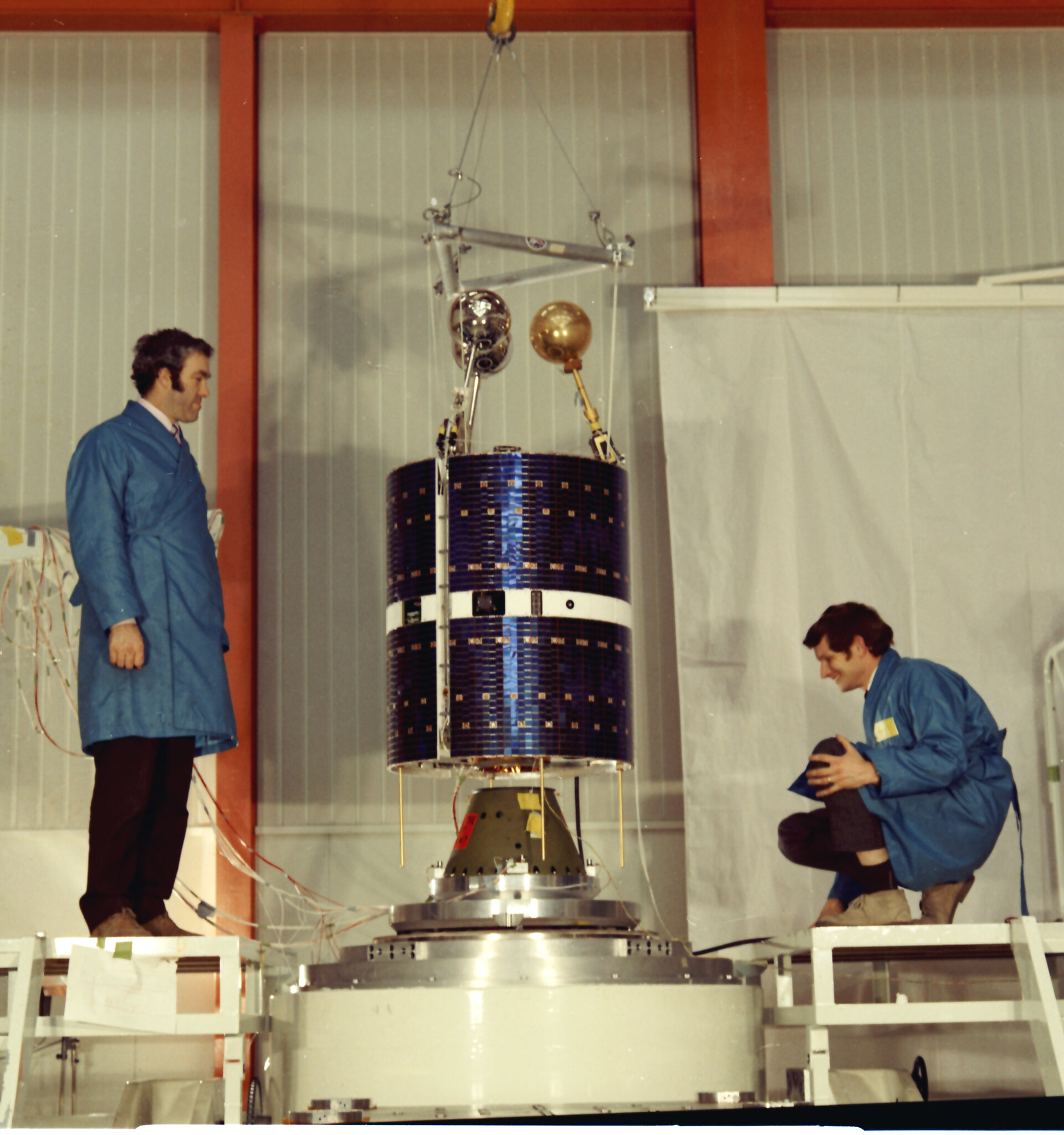 ESRO-4, 1972: The ESRO-4 (European Space Research Organisation) satellite carried five experiments concentrating on Earth's ionosphere, atmosphere, radiation belts and penetration of solar particle radiation into the magnetosphere. It was launched on 22 November 1972, on a NASA Scout rocket from the Western Test Range in California, and reentered Earth's atmosphere after a successful mission on 15 April 1974.