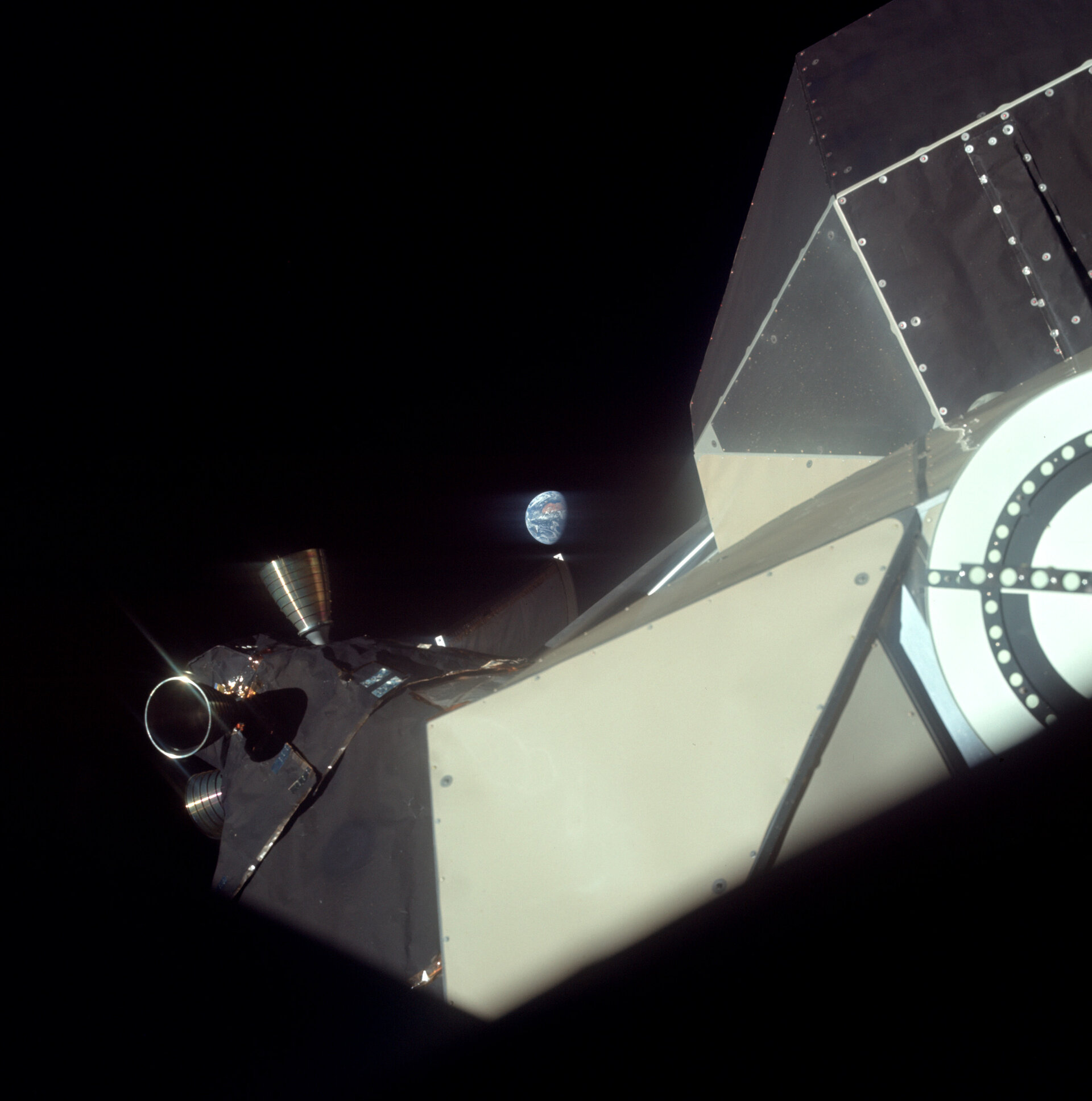 18 July 1969
At 12:31 a.m. CEST, the astronauts begin first scheduled colour television broadcast from spacecraft, showing views of Earth from a distance of about 237 000 km. During the 36-minute transmission, views are also shown inside the Command Module.

2:41 p.m. Mission Control lets the astronauts sleep an hour later than scheduled on the third day of the outward journey. After breakfast, they begin housekeeping chores, such as charging batteries, dumping waste water and checking fuel and oxygen reserves.

9:40 p.m. One of the clearest television transmissions ever sent from space is begun, with the spacecraft 324 000 km miles from Earth and 88 900 km from the Moon.

The hatch to the Lunar Module is opened and Armstrong squeezes through the 70 cm-wide tunnel to inspect it, followed by Aldrin.