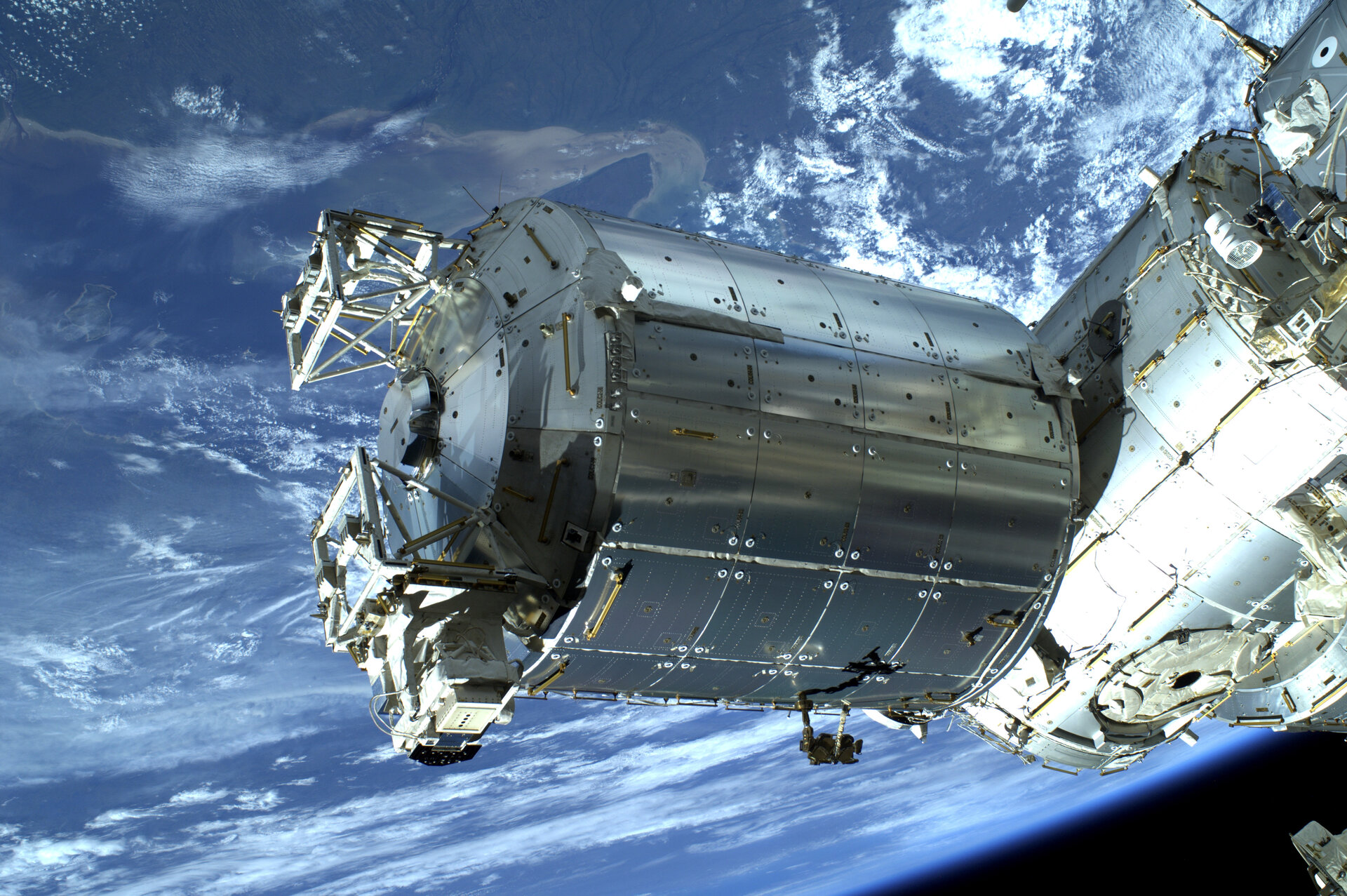 Europe’s Columbus laboratory was a natural evolution from Spacelab. The concept of standardised science racks that made a large contribution to Spacelab’s success was adopted for all of the International Space Station’s non-Russian laboratory modules: an International Standard Payload Rack design was defined for compatibility. Columbus, the US Destiny and Japan’s Kibo laboratories, as well as the three nodes and the Quest airlock module, can accommodate up to 94 standard racks.

And just as Spacelab pallets were able to carry exposed science experiments inside the Shuttle’s cargo bay, standardised pallets are today mounted outside Columbus and on other external sites elsewhere on the Station to host long-duration payloads for astronomy, astrobiology and materials exposure, Earth observation, fundamental physics and other fields.

In the same way that Spacelab was operated by international teams of astronauts, so are today’s European experiments and laboratories on the Station. They are kept running and performing science by the Station’s permanent crew – which now includes European astronauts.

As well as Columbus, the legacy of Spacelab also lives on in the form of the Multi-purpose Logistics Modules and other systems derived from it, including the Harmony and Tranquility nodes, and the Automated Transfer Vehicles and Cygnus spacecraft used to transfer payloads to the Station.