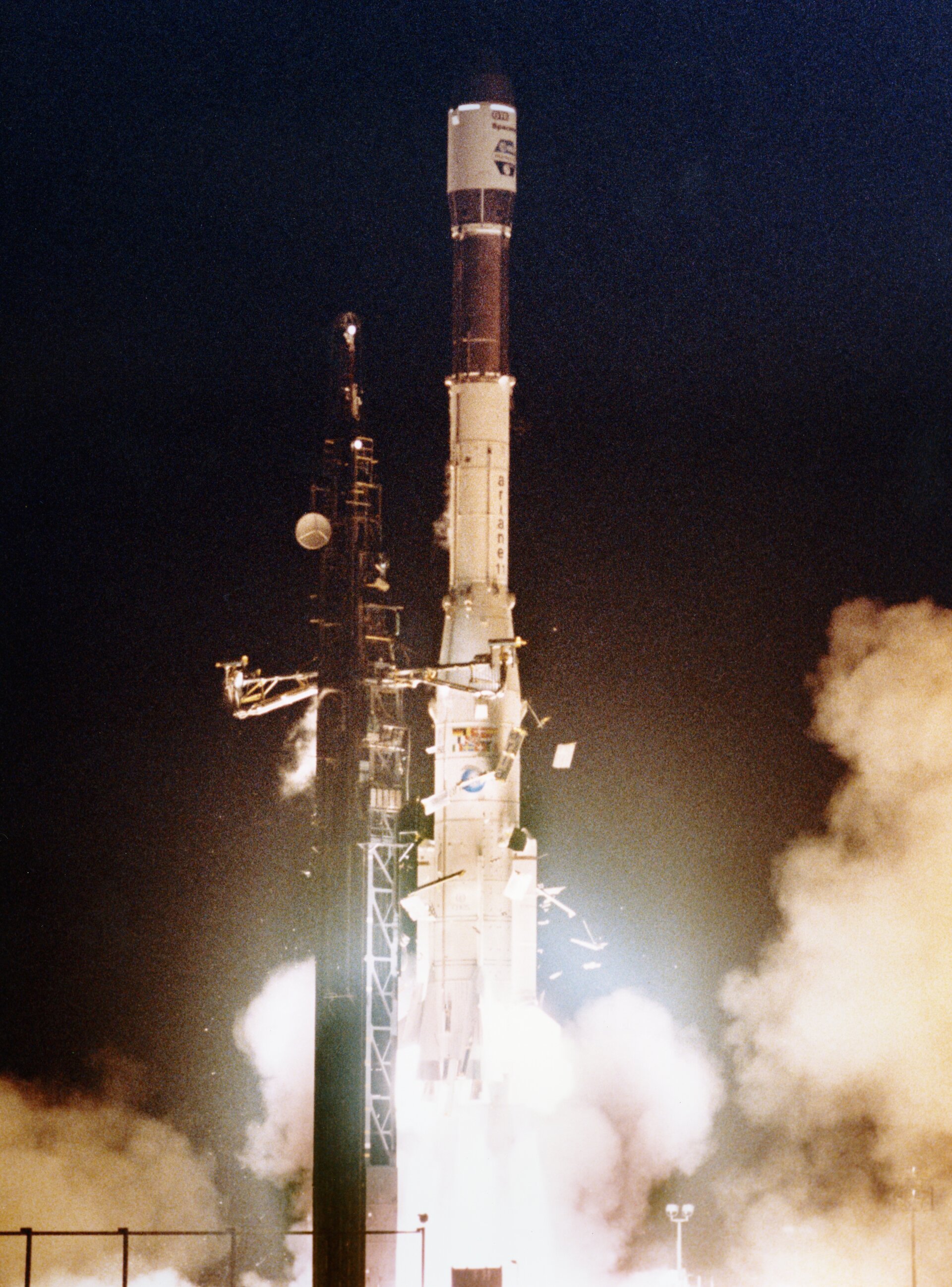 They were originally conceived as an experimental project, but evolved to provide Europe with a breakthrough in mobile telecommunications expertise. The intention was to develop an operational satellite that could be offered in the worldwide market for maritime communications.

Earlier, in 1973, several ESA Member States agreed to fund a satellite programme that would demonstrate communications between ships and land stations since, at the time, ships could only call via unpredictable short-wave radio.

The International Maritime Satellite Organisation (Inmarsat) was founded in 1979 as a non-profit international organisation, for the purpose of establishing a satellite communications network for the maritime community. A subsequent contract with Inmarsat marked ESA’s entry into the international commercial satellite market. The MARECS satellite was so named because it adapted ESA’s ECS design specifically for maritime services in the 1980s, providing Inmarsat’s first space segment with the largest communications capacity and a special search-and-rescue channel in ship-to-shore direction.

MARECS A was launched in 1981. MARECS B was lost in an Ariane launch failure on 10 September 1982, resulting in a serious shortage of communications capacity in the Pacific region. The participating states in the programme agreed to procure and launch a replacement satellite, MARECS B2, to be built using available hardware.

Despite a launch campaign interrupted by ground-equipment faults, MARECS B2 was launched successfully on 10 November 1984 on an Ariane 3 launch vehicle, only the second launch for this type of rocket. The spacecraft’s maritime communications payload was switched on for the first time a week later on 16 November.

After commissioning and acceptance phases, MARECS B2 commenced operations in its final orbital position over the Pacific Ocean on 1 January 1985 and had a planned life span of seven years. It was to become one of ESA’s longest-serving communications satellites and, despite the advent of newer satellites, the two MARECS continued to operate in service with Inmarsat far beyond the design lives.

In 2002, after 18 years in service, MARECS B2 was boosted into a high ‘retirement’ orbit. The decision was made because the satellite, which played its part in revolutionising sea-to-land communications, no longer had any commercial backing because of the aftermath of events on 11 September 2001.

According to Pietro LoGalbo, of ESA’s Telecommunications Department, “Funding to continue the life of MARECS B2 was close to being secured before the events of 11 September 2001.

“But unfortunately, the political and economic fall-out from this had a knock-on effect and the American National Science Foundation withdrew its planned use for the provision of a communication link to an Antarctic research station, leaving the satellite without any commercial backing and no commercial future.”

MARECS B2 was the last of the early generation maritime communications satellites. These satellites, with an in-orbit capacity of approximately 60 voice channels, performed the important job of handling priority messages for the maritime distress and rescue services, as well as the broadcasting of weather forecasts and national news summaries to shipping.

Today, more-advanced satellites are continuing these important tasks, so that future maritime communications still provide accurate and up-to-date services for all vessels at sea.