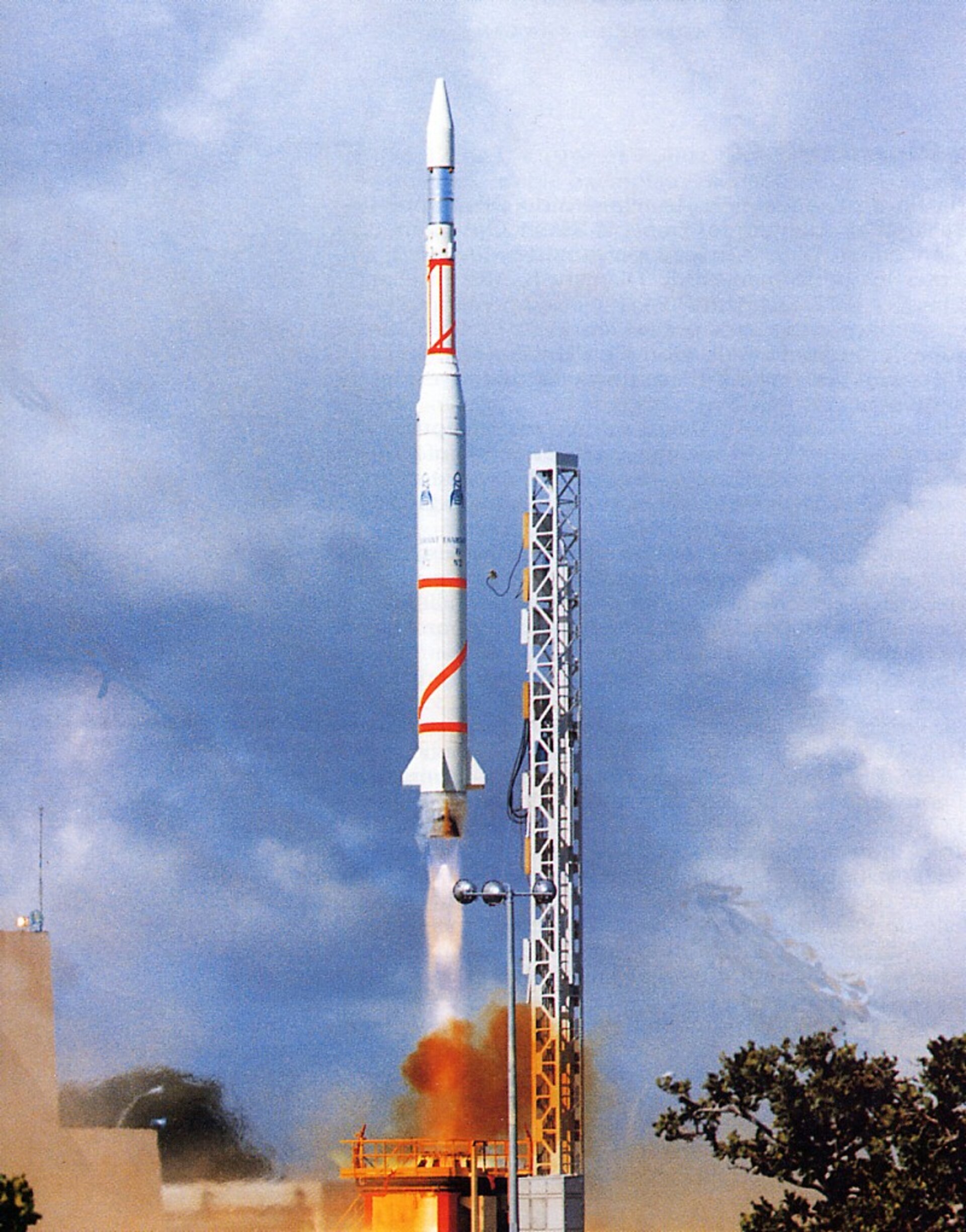 As Europe celebrates the 30th anniversary of the first Ariane launch on 24 December 2009, we look at the history of this masterpiece of the European space programme.

France had become the world’s third space power with the launch of its Diamant A in 1965. The French success continued with Diamant B in 1970, but these small launchers were not suitable for the larger payloads and could not respond to the market demand.

A precursor of ESA, the European Launcher Development Organisation (ELDO), was developing the Europa rocket, which had been proposed at the Lancaster House Conference in UK in 1963 as a civilian satellite launcher based on elements from the different European countries.

Tasks were distributed between nations: the United Kingdom would provide the first stage (derived from the Blue Streak missile), France would build the second and Germany the third stage. The project was marred by technical problems.

Although the first stage launched successfully on each occasion, it was the second or third stage that failed. By February 1973, Europe’s rocket programme had been scrapped.

For France, independent access to space was of paramount strategic importance from the outset. At a European Space Conference in December 1972, the French Minister of Industrial and Scientific Development, Jean Charbonnel, had already proposed a plan to develop in Europe some independent capability to launch telecommunication satellites. (At the same meeting, the British Minister for Space proposed that a single space agency should be built from ELDO and ESRO).

A tough battle among Europeans lay ahead to achieve what would ultimately become the world’s premier commercial launch system. The United Kingdom had given up on the ambition of an autonomous European launcher industry and was content to use US rockets. Germany appeared to be losing interest in Europa III, despite its support to the project being essential.

Then, in March 1973, before any European agreement was reached, France announced that it would shoulder a major part of the funding for the development of a ‘third-generation substitution launcher’ (L3S) replacement for Europa.

By July, the European partners attended the sixth European Space Conference. France was going to build a launcher, Germany wanted collaboration on NASA’s Spacelab and the United Kingdom was promoting a maritime communications satellite, MAROTS.

The conference finally managed to bring the three nations together. Each partner knew it would only get what it wanted if it agreed to cooperate on each other’s projects. Paradoxically, though, this agreement was also in part reached due to a policy of the United States.

“The USA was the only Western nation to possess launch vehicles, but the conditions they set for launching European satellites were totally unacceptable," said Charles Hanin, then Belgian minister for science.

"They wanted our satellites to be functional exclusively over the European zone, which of course would have prevented Europe from extending its political and cultural influence around the world and from competing with them on the global marketplace.”

At this same July conference, the words ‘European Space Agency’ were mentioned for the first time. It was agreed that ELDO and ESRO would merge sometime in 1974 or 1975 to form the future single space agency, and one of its catalysts was to be Ariane which, since its inception, was linked to the question of institutional reform.