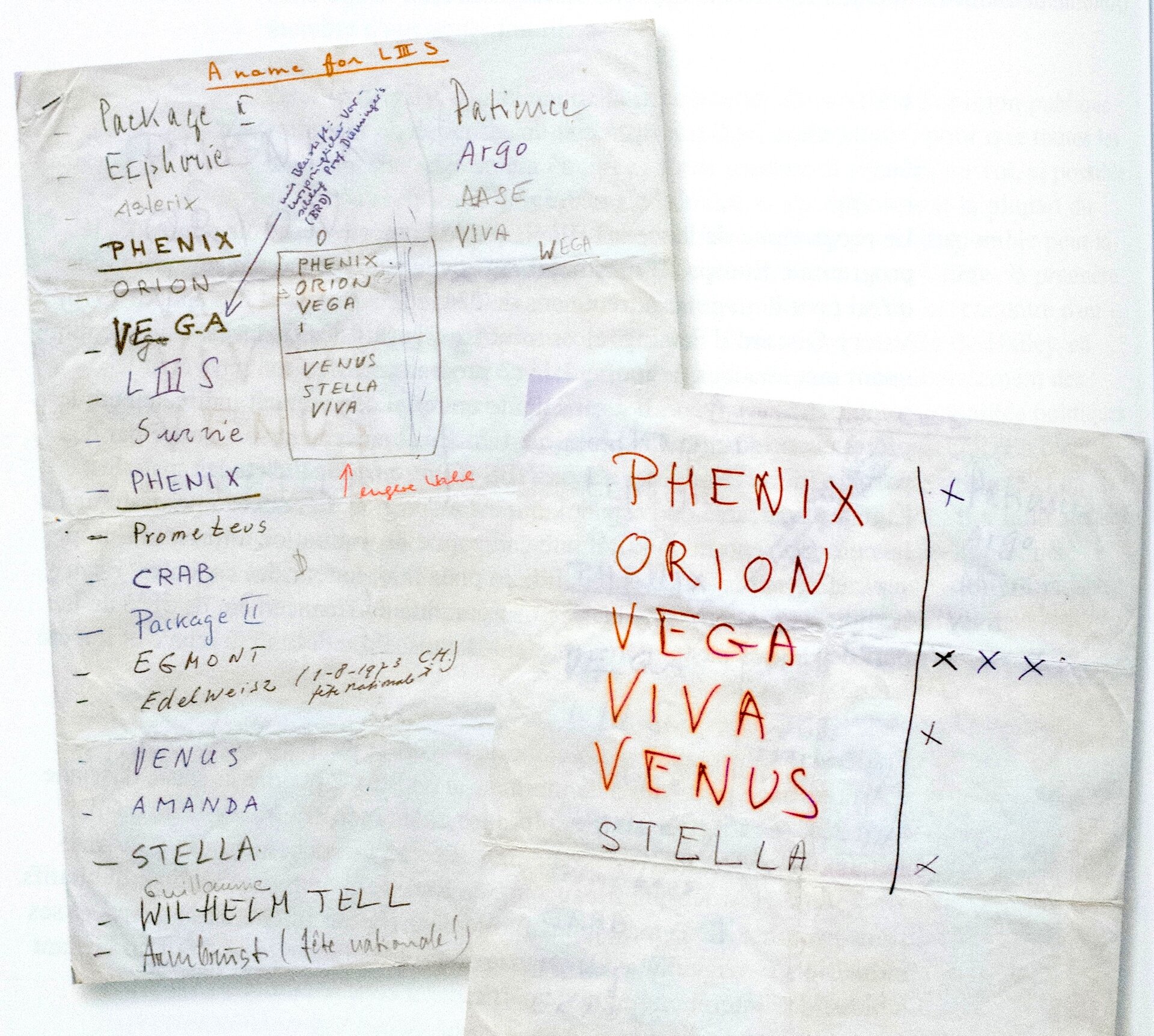 On the eve of the seventh European Space Conference on 31 July 1973, the new launcher project close to being approved. Ministers signed up to the second ‘Package Deal’ (which included the agreement on a European space agency, the LIIIS launcher, the Spacelab module and the MAROTS satellite). The decisions were finally voted on as dawn broke the next day. But what would the new rocket be called?

Swiss delegate Peter Creola described the situation, “How could European public opinion be swayed by something known as ‘LIIIS’? According to the French delegate André Lebeau, the decision fell to the French Minister. He said, “At the Brussels Conference (ESRO Council), during the long break in the meeting, the idea came to me to write at the top of a blank sheet of paper the words ‘a name for L3S’ and to pass it round the immense table in the Orange Room of the Palais d’Egmont. When it came back a variety of suggestions had been scrawled all over it.

"Initially the preferred option, discussed at length within European circles, was Vega. However, after some time, the Minister Jean Charbonnel discovered that Vega was also the name of a make of beer. He came to the conclusion, quite rightly in my view, that that would be somewhat inappropriate, and decided that the launcher would be called Ariane. This did not go down well, resulting in moans and groans right across Europe, but was eventually accepted. Why Ariane exactly? Well, that’s a point of history that has never been officially explained.”

Ariane was formally ‘christened’ at the 93rd meeting of ESRO’s Administrative and Finance Committee (AFC) in Bern on 27–28 September 1973, as Peter Creola explained, “In September, at the AFC meeting in Bern, the French delegate lodged a formal objection. Paris, however, agreed to take part in negotiations about the names ‘Phoenix’, ‘Penelope’ and ‘Ariane’.

"A whole continent was embroiled in a row between competing interpretations of classical mythology. Germany vetoed Phoenix, because the ashes of Europa and ELDO were still too hot. Penelope also got the thumbs down. People didn’t fancy waiting 20 years like Odysseus’s wife.

“Only Ariane was left. She had used her ball of string to help Theseus escape from the labyrinth. There were sceptics, both male and female, who thought the overtly male shape of the European launcher didn’t suit a woman’s name. Finally, they threw in the towel. Ariane quickly became a popular name. From 1977 onwards, it was also known on the far side of the Atlantic.”