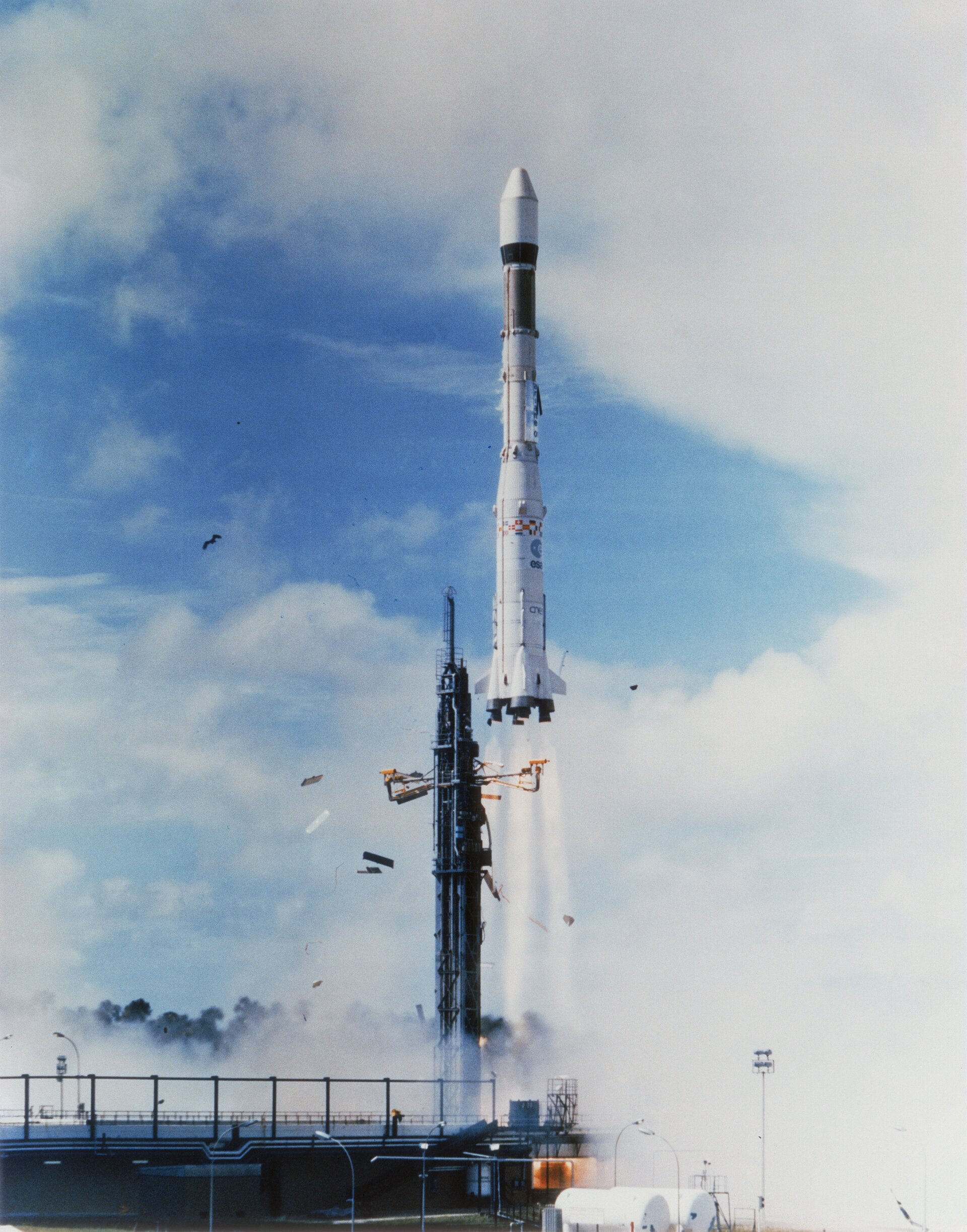 To celebrate the 30th anniversary of the first Ariane launch, we look back at that day in December 1979 when Europe’s independent adventure into space began.

When ESA came into being in 1975, one of its first objectives was to build a European launcher. The reason was simple: no launcher – no independent access to space – no space programme.

Although the Member States of ESA had different interests and priorities – some were interested in carrying out research in space while others were more concerned in developing satellites – on one point they were unanimous: Europe needed to have independent access to space and its own space programme. This meant that it had to develop launchers and have its own Spaceport.

In 1964, the French government had chosen Kourou in French Guiana as a base from which to launch its satellites. When ESA was created, the French government offered to share its Centre Spatial Guyanais (CSG) with the new space agency. For its part, ESA approved funding to upgrade the launch facilities at the CSG to prepare the Spaceport for the Ariane launchers under development.

The first flight of an Ariane rocket was scheduled for 15 December 1979. On that day, in front of a large and expectant audience at Kourou, the countdown reached zero and the rocket motor underneath the launcher roared into life – and then went out.

Fortunately, the fault was not serious and the launch was rescheduled for 23 December, but then bad weather and a few small problems led to yet another delay. The next attempt proved to be third time lucky. On 24 December, at 14:14 local time, Ariane 1 blasted into space from Europe’s Spaceport and Europe’s independent adventure in space had begun.

The outstanding success of the first Ariane launch was also an achievement of team spirit. All the odds were stacked on the other side of the Atlantic. The United States was winding up its fleet of expendable launchers in favour of the reusable Space Shuttle.

This was supposed to cut costs, with launches of production-line satellites set to become a weekly occurrence. Faced with such an outlook, who would have banked on a conventional rocket proving successful?

For six years, the industrial teams of each ESA Member State participating in the programme worked hard without any doubt on the outcome. They produced a three-stage launcher capable of placing a nearly one-tonne satellite into a geostationary orbit. Ariane came to symbolise an open market in which the first commercial launch system was marketed worldwide.

“The 30-year achievement of Ariane is history of a political, technical and commercial success, which has become one of the symbols of a winning Europe," said ESA Director General Jean-Jacques Dordain.