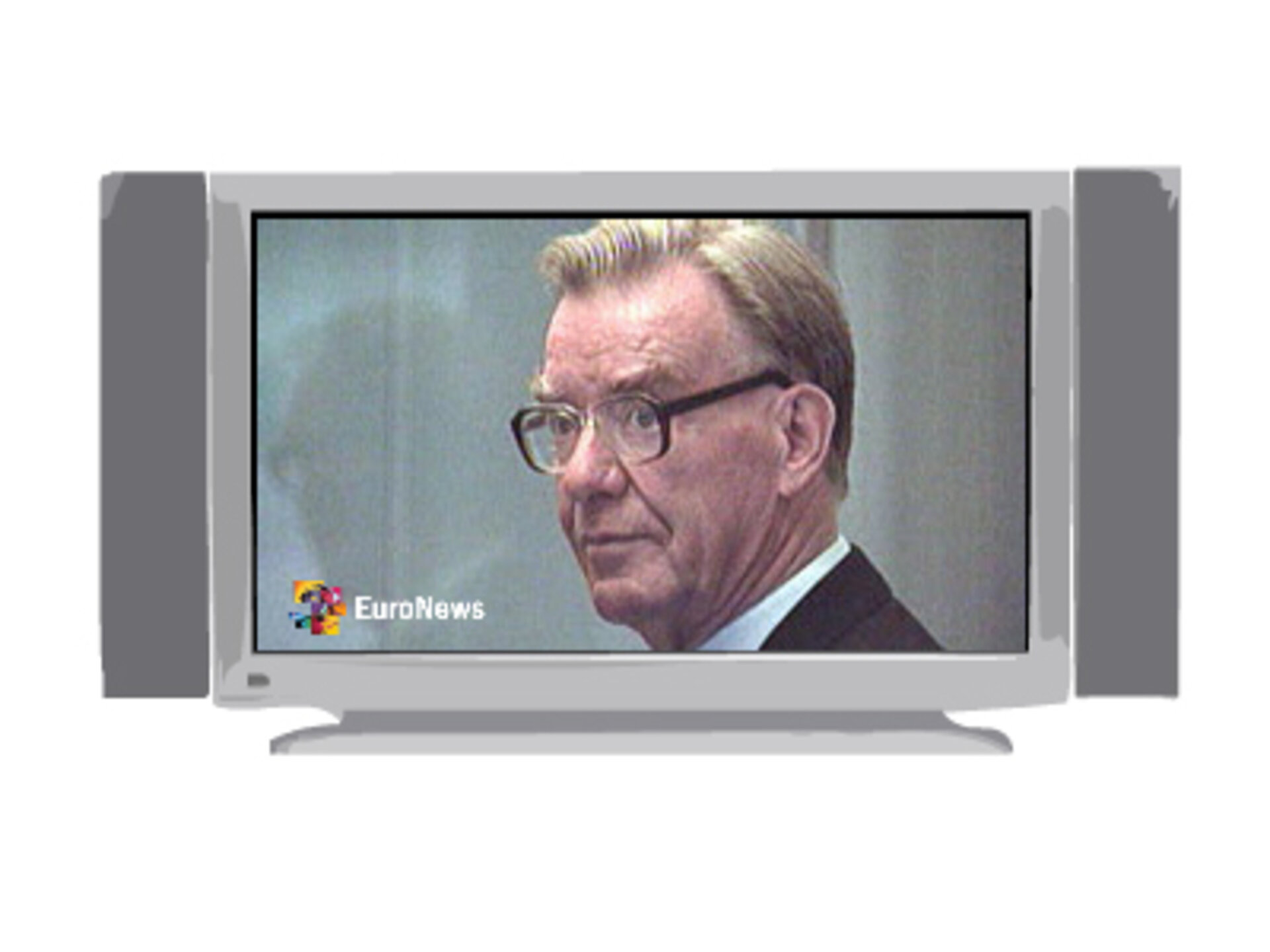 Sometimes nations, uniting their ambitions and pooling their resources, can, in certain fields, make remarkable progress and achieve resounding successes. That is certainly the case in space, where in only 30 years, Europe has managed to put itself on an equal footing with its "elder brothers", Russia and the United States.

At the end of this month, the European Space Agency celebrates the 30th anniversary of its creation. Since 1975 many thousands of people, within the agency and outside, have contributed. The latest edition of the EuroNews' Space magazine has delved into the picture archives and met one of the key pioneers of this story.

The sky over Hamburg, a few days ago, was overcast. A seaplane swooped over the cranes and docks of the busy port. In his eighties, astrophysicist Professor Reimar Lüst first recalls another more personal anniversary.

"On 11 May 1943, I was in a German submarine that had just been struck by a bomb. We managed to surface and a British destroyer picked us up, and saved my life. So I celebrate the 11 May as my second birthday."

Fourteen years later, in 1957, Reimar Lüst realises all the importance of the Sputnik's beep-beeps from space. A year later, the United States' first satellite, Explorer, is launched. "Our space ambitions were born then, with European scientists feeling that we, also, should get involved."

"We started in early 1960 by founding the European Space Research Organisation, ESRO. After the initial start, there was a feeling that we should be concerned not only with science satellites, but also for commercial reasons, with telecommunications and weather spacecraft. European space research had to be widened."

A new structure was needed and the European Space Agency saw the day on 31 May 1975. Reimar Lüst was one of its first Director Generals, from 1984 to 1990.

One of the new space agency's key ambitions was to give Europe its own reliable launcher, an independent access to space. Space launchers had been the reserved domain of Americans and Russians. The success of the first Ariane programme, followed by today's Ariane 5, was an essential step for European space.

Working and living in space, drawing all the lessons for life on Earth, was another prime objective. Conducting experiments in weightlessness could benefit not just scientists but all of mankind.

This had to be done in cooperation, first together with the United States in developing the Space Lab in Europe and to get it launched with the US Shuttle. Later by sending Europeans to the Russian orbital complex MIR.

At present in partnership on the International Space Station to which Europe will have greatly contributed, notably with the Columbus laboratory module whose launch date remains to be confirmed after the Shuttle's return to flight.

Cooperation has not always been possible, notably with launchers, as Professor Lüst notes. "We live in a world where commercial competition is important, and cooperation in the field of technology with the United States has never been possible. They kept withholding information, obliging European companies to develop new technologies by themselves. ESA placed orders with European industry and this accelerated developments and allowed Europe to become and remain competitive."

That has, in effect, been one of the essential roles of the European Space Agency: elaborating projects, and harnessing all the financial, human and technological resources of a continent to fulfil its ambitions.

In his office at the Max Planck Institute of Meteorology in Hamburg, Reimar Lüst points to the example, amongst many, of Envisat: a eight-ton satellite, packed with science instruments which day-in day-out surveys the entire planet and its most subtle changes.

"As far as engineers and scientists are concerned, Europe can really work together. However, governments are somewhat more difficult, and I remember that in an ESA Council meeting, I once dared say that it was worse than dancing with an octopus!"

But treading carefully, successive ESA director generals and their staff have managed to initiate great projects and missions. Last January, the Huygens probe lifted a veil on another world with its first views of Titan's landscape. In a few years, Europe will have its own 30-satellite strong constellation of the Galileo navigation system. And even further ahead, in 2014, the Rosetta probe will be landing on a comet.

"I do have some concerns for the future," admits Professor Lüst. "It is that the politicians of the member states are not so much interested in space matters. But they have to understand that our progress in technology and in science depends on how strongly we are involved in space matters."

62 years since being hoisted from the waves of the Atlantic and thirty years of the European Space Agency: two destinies that started confronted by difficulties and great challenges, and then advanced successfully together with the tenacity of all true scientists and engineers.