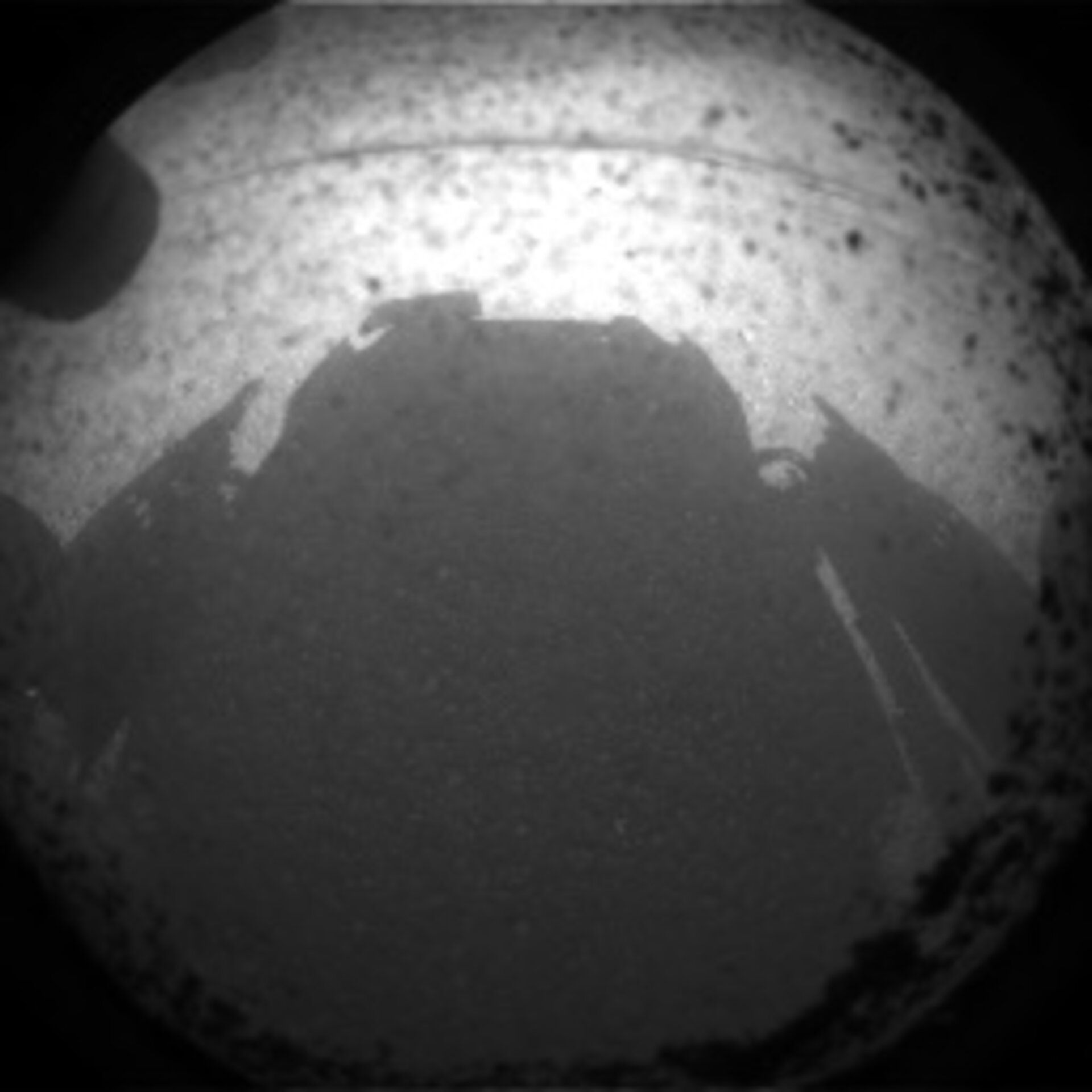 The open-loop recording of radio Doppler and signal spectrum transmitted by the NASA mission were stored on Mars Express and then downloaded to Earth starting at 08:15 CEST.

The recorded signals were transferred to NASA’s Jet Propulsion Laboratory, Pasadena, California, for analysis immediately upon receipt at ESOC. Similar direct-to-Earth recordings made at ESA’s New Norcia ground station in Australia were also sent to NASA.

Curiosity’s descent was also tracked by NASA’s own Odyssey and Mars Reconnaissance Orbiter (MRO) spacecraft; confirmation of touchdown was provided by Odyssey directly to NASA at 07:31 CEST.

"Congratulations to our NASA colleagues on a hugely successful landing,” said Paolo Ferri, ESA’s Head of Solar and Planetary Mission Operations. “The Mars Express team welcomes a new friend in the neighbourhood."

Mars Express picked up MSL signals about 10 minutes before it entered the atmosphere, travelling at 21 000 km/h, for its critical descent and landing phase.

“NASA now have this valuable data and everyone here is delighted to have helped support Curiosity’s arrival at Mars.”

The signal recordings made by Mars Express and New Norcia station include information on MSL’s velocity and direction. They record the sequential critical events during descent, including parachute deployment, heat shield separation and rover separation.

They will prove valuable to scientists as they reconstruct MSL’s descent profile, helping to improve and refine models of the martian atmosphere and assess landing accuracy.

In the coming weeks, Mars Express and the operations team at ESOC will perform several data relay overflights during the first phases of Curiosity’s mission on the surface of Mars.

Then, ESA will offer a standby capability to provide dedicated support at short notice, if requested by NASA, by relaying data from Curiosity to Earth.

This could become necessary if Odyssey or MRO were to experience any technical problems, for example.

ESA’s tracking station network can support NASA missions, due in part to long-standing technical and operational cooperation between the two agencies.

“Supporting Curiosity is an excellent example of inter-agency cooperation not only on Earth but also in deep space,” said Manfred Warhaut, ESA’s Head of Mission Operations.

“No one likes going to Mars on their own; it takes cooperation and partnership to reduce risk and boost scientific return on investment.”