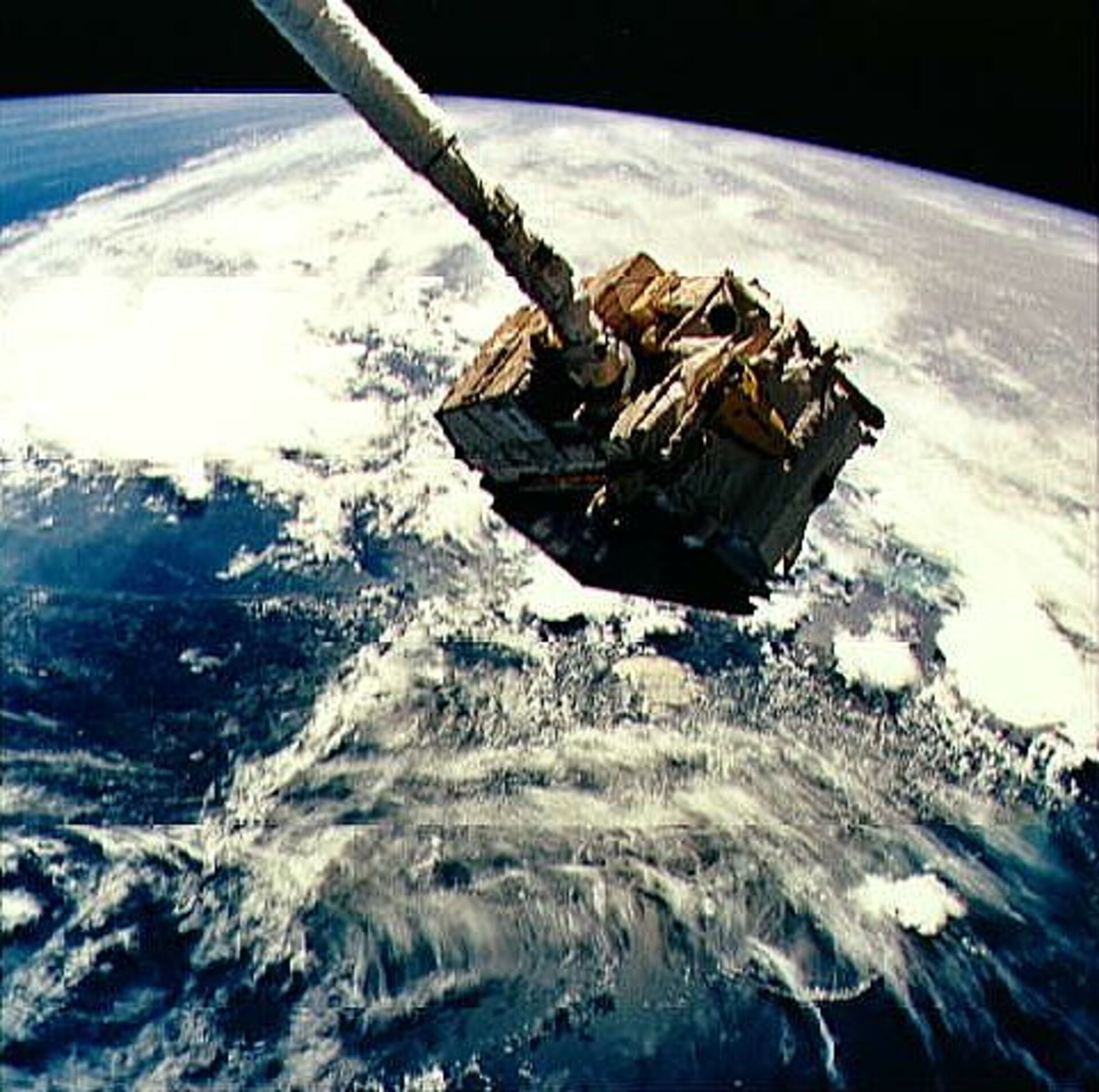 We decided to make use of our ESA ground stations. This would give us about 10 minutes of coverage during which we could reconfigure the on-board computer to start the activation procedures from scratch on the redundant units. It was our last hope.

Excerpted from "How to Survive in Space: A light-hearted chronicle of ESOC," Vol. II 1963-1986 by Madeleine Schäfer. In Chapter 15, it's 1992, and Eureca, a science mission, has just been lifted from the Space Shuttle Atlantis cargo bay when all telemetry - data contact - is suddenly lost. Spacecraft Operations Manager Paolo Ferri explains what happened.

It was early morning on 1 August 1992, L + 10 hours, which is 10 hours after the Space Shuttle Atlantis had lifted off with Eureca in its cargo bay, when I entered ESOC's Main Control Room to start my first term as Spacecraft Operations Manager of the B shift. The room was quiet; Eureca was still inactive in the bay of the Shuttle.

It was the duty of my team and myself, the B shift, to activate and checkout the spacecraft while the ESA astronaut Claude Nicollier was lifting it out of the cargo bay of Atlantis using the Shuttle robotic arm.

Steve Kellock, the SOM of the A team went home to rest in preparation for his next shift, 10 hours later, during which Eureca would be released from the Shuttle and he would have to manoeuvre it into its operational orbit. Hubert Huebner, the System 1 engineer - the expert on the Eureca on-board computer - remained in his position (on console).

Soon we heard on the NASA voice loop that the 'blue' team on-board Atlantis was awake. This team included astronaut Claude Nicollier, and was the team in charge of the Eureca deployment. Claude started ahead of time with the preparation of the robotic arm, so we ended up sending the first activation commands to the spacecraft a little ahead of schedule.

After a few long seconds, our telemetry indicated that the spacecraft was alive. The activation procedure ran very well - up to the point when I started to be concerned that we were switching on the spacecraft units too quickly, and that the energy available in the spacecraft batteries might be used up before the scheduled time for deployment of the solar array. This activity could not be moved forward, as it had to be carried out 'in eclipse' - that is while the spacecraft was in the shadow of the Earth.

A Shuttle camera was taking video pictures, and I shall never forget the picture of Eureca being lifted out of the cargo bay: in that exact moment we lost all telemetry - all data contact - from the spacecraft. Our workstation alarms began ringing, a lot of error messages were reported by the ground computers, and Atlantis astronauts were reporting that they also had lost the data from Eureca.

In the meantime, my headset was full of calls, voices from the Flight Director, the Software Coordinator, the Ground Ops Manager, the NASA Flight Controllers - who all either wanted explanations or wanted to give me additional data for my analysis. I remember I was more puzzled than scared. The first thing I thought was: how much time have I got until solar array deployment? The spacecraft was on battery power and this could not last forever. We had to solve the problem before the last opportunity for solar array deployment, and that would be during the second next eclipse phase, three hours away.

With 600 kg of highly dangerous hydrazine propellant on board, the safety of the Shuttle astronauts depended on accurate monitoring of temperatures.

We managed to reset the interface units and to re-acquire monitoring of those vital subsystems, but the problem occurred again and again. My thermal and attitude control system engineers were desperate.

The NASA flight controllers in Houston also began to be concerned when they realised that we had no continuous monitoring of the thermal status of the spacecraft: with 600 kg of highly dangerous hydrazine propellant on board, the safety of the Shuttle astronauts depended on accurate monitoring of the Eureca temperatures. I managed to convince the Houston Payload Officer and Flight Director that we were far away from a dangerous situation: the few temperature readings we were getting via telemetry in between failures were showing a very benign environment.

It was then that we decided to make use of our ESA ground stations, which were active but not foreseen to be used in this phase for the control of the spacecraft. A double pass over the stations of Kourou and Maspalomas was coming up. This would give us about 10 minutes of coverage during which we could reconfigure the on-board computer to start the activation procedures from scratch on the redundant units. It was our last hope.

If the station comes up, you've got 5 minutes to complete the reconfiguration!

We asked the NASA people to turn the Shuttle such that the cargo bay faced the ground stations, allowing the radio signals to reach the Eureca antennas. Then we requested the two ground stations to get ready for the pass: it was orbit number 10.

A few minutes before the start of the Kourou pass, the Maspalomas station announced a problem with the 15-meter antenna that prevented the station from being used for some time: we had now only about 5 minutes over Kourou to carry out our operations, a procedure which was nominally designed to take over 15 minutes!

I told the bad news to the NASA people, and I saw them shaking their heads on the big video screen above me, which was at the time showing images of the Houston Main Control Room. I turned then to Hubert and told him, "If the station comes up, you've got 5 minutes to complete the reconfiguration!"

I told the bad news to the NASA people, and I saw them shaking their heads on the big video screen above me.

He replied that the only way to do this was to skip some steps of the procedure. I approved the change and notified the Project Support people and the Flight Director, who at that moment would have accepted any change we could think of.

Kourou announced acquisition of signal in time, and we saw no problems at all with the telemetry signal. We started commanding and Hubert completed the procedure in the necessary five minutes. We never lost telemetry over the pass and, when we asked the Shuttle to reacquire the link with Eureca, all problems seemed to have disappeared.

I did not have time to wonder why: the battery power was running out. By this time we were in full sun: the Flight Rules said that we were not to deploy the solar arrays in sunlight. I asked Project Support for permission to deploy the arrays in sun: they approved within five seconds.

Kate Adamson, the power system engineer, took over the system 1 position, and immediately got ready for the array deployment operations. I did not touch the spacecraft configuration: we were getting telemetry and I did not want to lose it.

The deployment procedure was started, and we saw, shining in the sun and with a fantastic background of the blue Earth, the array deploying smoothly and symmetrically, as foreseen. It was beautiful! After six minutes the deployment was successfully completed. We had made it!

Madeleine Schäfer joined ESDAC - the predecessor of ESOC - on 22 June 1964 as short-hand typist and secretary; there were just seven scientific and support staff at the time. She retired in 1997.