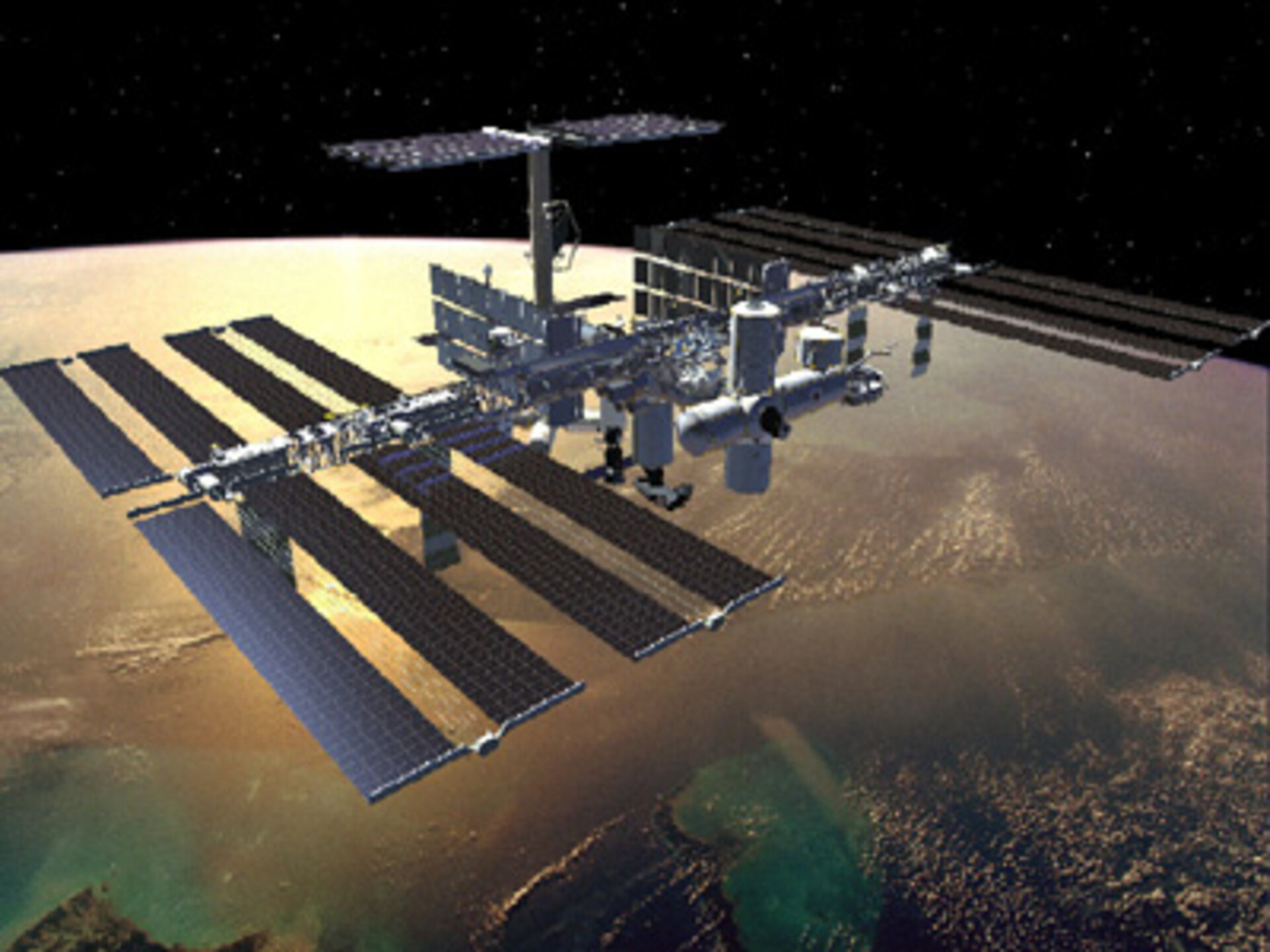 This month offers better-than-usual opportunities for viewing the International Space Station – soon to be home to ESA astronaut Thomas Reiter – as it orbits overhead, up to fours times per night.

Twice per year, in June and December, the Sun, the Earth and the orbit of the International Space Station (ISS) are aligned for several days such that the station does not pass through the Earth's shadow, with the result that it is continuously illuminated by sunlight. Depending on the observer's location, the ISS can then easily be seen up to four times per night.

The International Space Station, or ISS, is an impressive object to see anytime.

In relation to other satellites in near-Earth orbit, it is much larger and hence reflects much more light. The solar panels alone span 73 metres, while the main station is 52 metres long and 27 meters high, making the ISS the largest man-made object in space. It's also only 400 km up.

Normally, it is easy to spot the ISS with the naked eye, and it is the brightest object to be seen after the Moon and Venus.

The ISS circles the Earth in an elliptical orbit at a speed of 28 000 km per hour, and takes about 90 minutes to make one orbit. A ground observer can usually only see it briefly as it speeds overhead, appearing as a very bright, fast-moving point of light.

Further, for a ground-based observer to see it at all, two conditions must be met. First, the observer's location must be sufficiently dark, and, second, the ISS must be illuminated by the Sun. Therefore, for an observer located on the night side of the Earth, seeing the ISS is usually only possible for a brief time just after sunset or just before sunrise.

However, each June and December, the Sun, the Earth and the orbit of the ISS move into an alignment such that the station does not pass through the Earth's shadow, with the result that it is continuously illuminated by sunlight for a period of several days. Viewing from central Europe and Germany will be particularly good.

With a pass overhead every 90 minutes, an observer in a dark, cloud-free location can see the ISS up to four times in a night.

In July, German astronaut Thomas Reiter is scheduled to lift off on board NASA's Space Shuttle to travel the International Space Station for ESA's first long-duration mission.