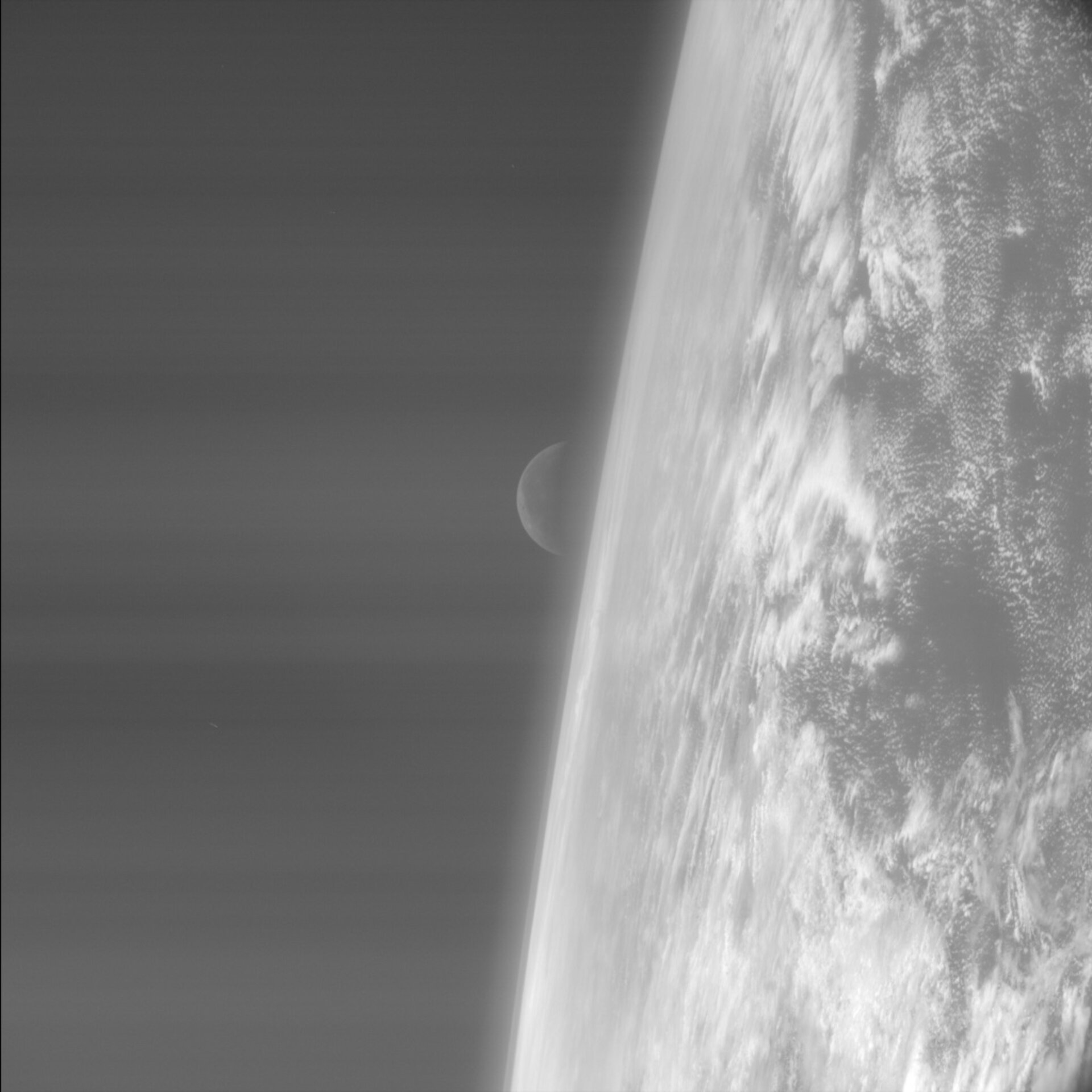 During the Earth-skimming fly-by on 4 March 2005, Rosetta's Navigation Cameras captured images looking down and ahead.

While cloud formations, coastlines and continents are clearly visible, the best photo shows the Moon rising above the Pacific, taken as the craft headed away from our home planet and out into space.

These images were recorded before and after closest approach around 22:00 UTC. During this time, the spacecraft maintained a constant orientation (Moon-facing) so that earlier views are looking almost directly down, at the east coast of the USA, while later views — and this impressive Moonrise image — were taken looking ahead over the Pacific.

The closest approach came at 22:09 UTC at an altitude of 1954.74 km when Rosetta was over the Pacific, west of Mexico.

The first image (above) shows the Moon rising above the Pacific at 22:06 UTC, just three minutes before the point of closest approach.

The image below was taken at 21:57 UTC (before the Moonrise photo above) when Rosetta was passing over the east coast of the USA near Norfolk, VA. This view includes Kitty Hawk, North Carolina, where the first heavier-than-air flight was made in December 1903.

The next image below was taken at 21:59 UTC and shows cloud formations over the southern portion of the Appalachian Mountains.

The final image (below) was taken at 22:08 UTC (two minutes after the Moon-rise photo above) and shows the Moon with several artefacts due to charged particles hitting the camera's image sensor (CCD, or charge-coupled device). This image has been artificially brightened to better show the dark Moon against the dark background of space.

Click on any image to access the original high-resolution versions. These images may be saved to your PC and opened in any common image editing program. By manually adjusting the brightness, features on the ground will become more visible.