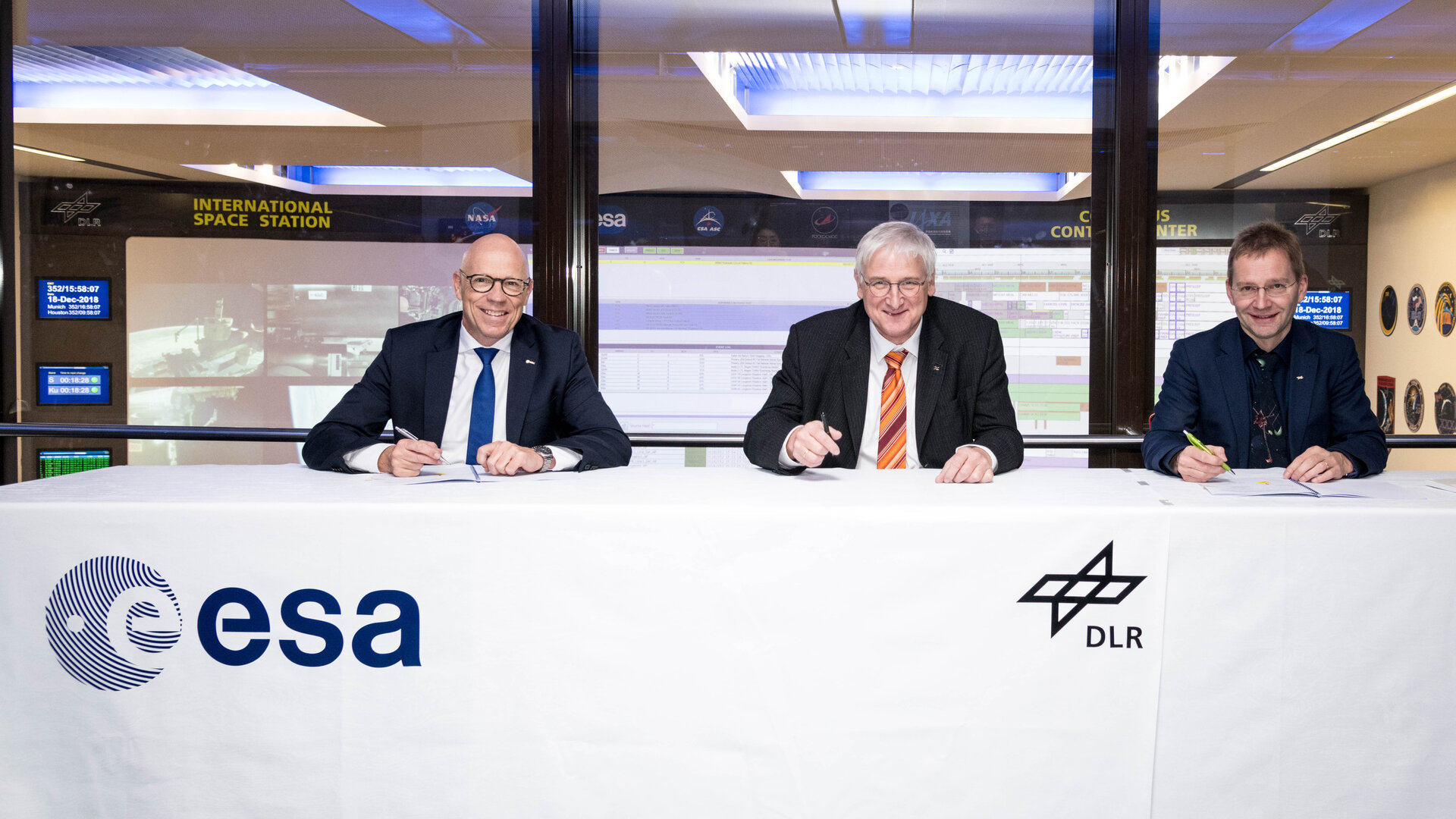 ESA and the German Aerospace Center (DLR) have made an agreement to pool their expertise in space operations.

The cooperation agreement was signed on 18 December 2018 at DLR’s research centre in Oberpfaffenhofen during an Interoperability Plenary meeting, which brought together representatives from 12 space agencies worldwide.

"Public space infrastructure should be used as effectively as possible. ESA therefore endeavours to establish a European network of competence centres. Close cooperation between ESOC and GSOC, as well as subsequent cooperation with other agencies and organisations, should strengthen Europe's position as a partner and competitor in the world market," explains Rolf Densing, ESA’s Director of Operations and Head of ESOC.

"We look forward to working with ESA to lay the groundwork for a European network of control centres,” says Hansjörg Dittus, DLR Executive Board member responsible for space research and technology.

Felix Huber, Director of DLR's Space Operations and Astronaut Training facility adds, "The German Space Operations Centre can contribute its expertise in the preparation and execution of crewed and uncrewed missions, further strengthening Germany's position as a space nation in Europe".

With respect to the development of ‘ground segments’ – the hardware, software and networks on ground used to operate and spacecraft in orbit – both control centres are already working on software for joint mission operations, the so-called European Ground Systems Common Core (EGS-CC).

Further planning includes a project to develop and set up a network of optical ground stations that will enable data transmission by laser. This will enable, for example, quantum keys to be transmitted to support secure communication in the future.

Find out more about ESA's ESOC operations centre here, and for more information on mission operations at DLR visit their website here.