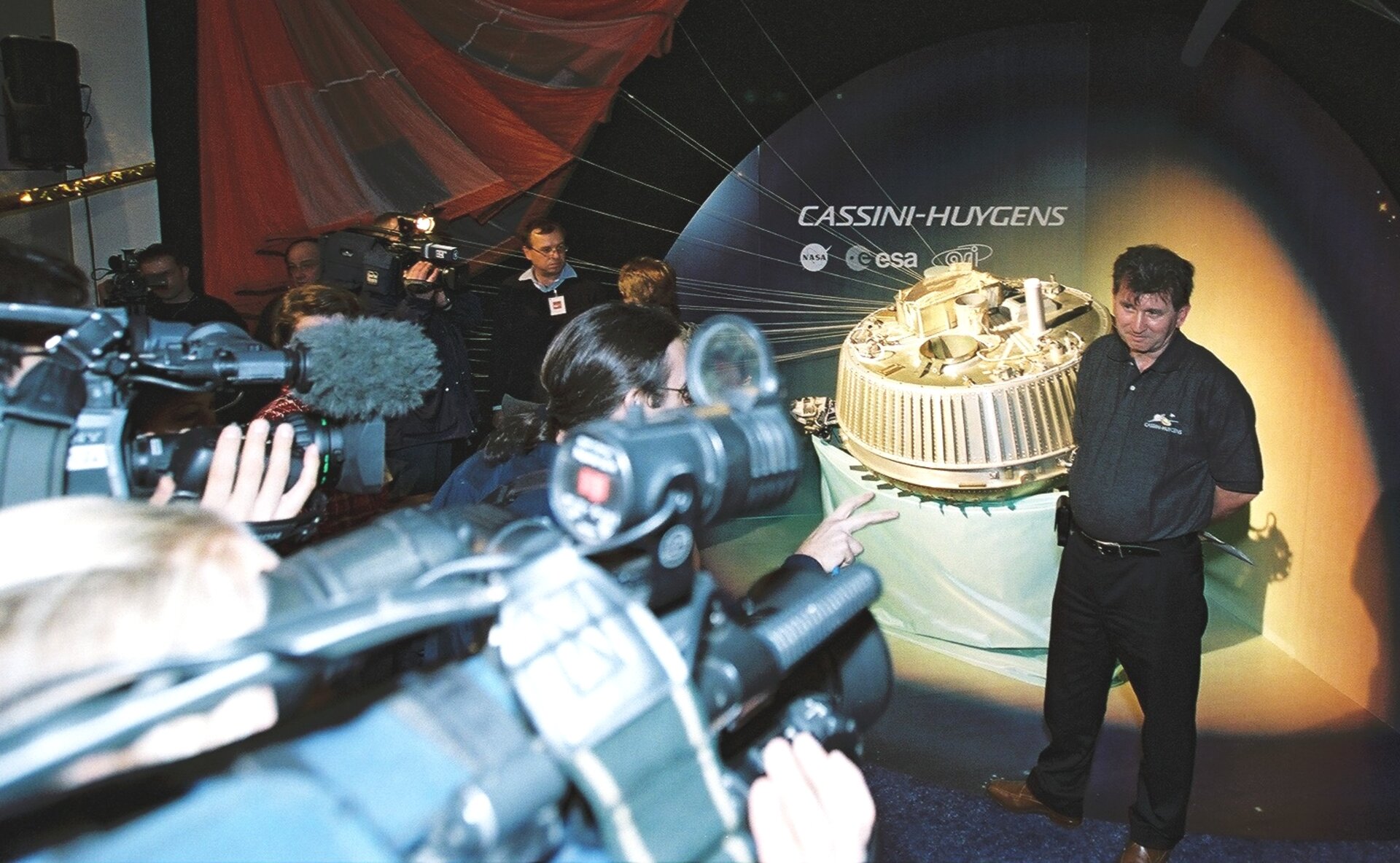 During Huygens' record-setting 14 January descent to Titan's surface, 1.25 billion kilometres away, the focus for Earth-based media was the Main Control Room at ESA's Operations Centre (ESOC) in Darmstadt, Germany.

Huygens' transmitter provides scientific bonus
It continued transmitting from the surface for over an hour, even after the Cassini orbiter dropped below Titan's horizon providing an unexpected bonus to waiting scientists. In all, Cassini received excellent data from the surface of Titan for 1 hour and 12 minutes.

The event was controlled from ESOC's Main Control Room (MCR) from which ESA TV cameras broadcast live updates to the main press information room, set up in ESOC's largest conference room, and into satellite distribution.

The press room was packed throughout the day with 323 TV, radio, print and Web journalists from Europe, North America and Asia, including camera crews and technical staff.

Some of the best-known global media organizations were represented, including:

Below are a selection of images taken during the Huygens event at ESOC, highlighting the guests, visitors, mission staff and ESA communications team.