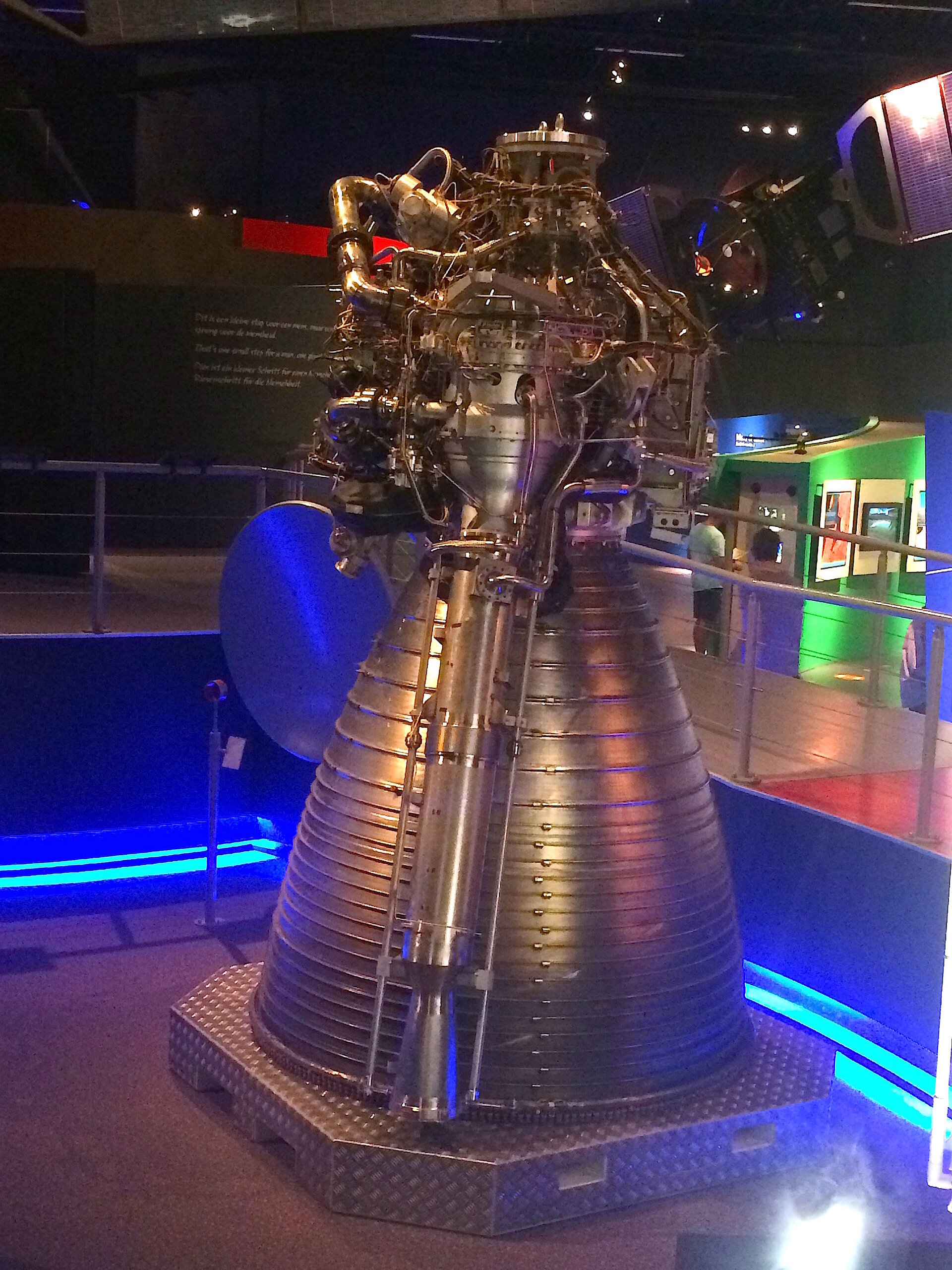 A Vulcain rocket engine, as used used by Europe’s most powerful launcher, the Ariane 5, is on display at ESTEC’s Space Expo visitor centre in Noordwijk, the Netherlands.

The Vulcain engine has been used since 1996 to propel Ariane 5 rockets in their first ten minutes of flight, up to an altitude of 200 km.

Altogether it provides 8% of the total thrust needed at liftoff and the full thrust of the propulsion phase after booster separation and before ignition of the upper stage.

The Vulcain is ignited by three pyrotechnic devices on the launch pad, then six seconds later, the solid rocket boosters are ignited and the rocket lifts off.

The Vulcain is 3 m high, 1.76 m in diameter and weighs 1686 kg and is located at the centre of the base of Ariane 5. Automatic orienting of the Vulcain’s nozzle steers the launcher into its planned trajectory.

In an amazing feat of engineering, the Vulcain delivers 115 tonnes of thrust. It has the same weight as a Boeing 737 jet engine but with 15 times more power.

These very cold liquids are channelled into the Vulcain’s high-pressure combustion chamber via two turbo pumps. Hydrogen bursts into flame on contact with oxygen inside this chamber. This chemical reaction generates very hot combustion gases, expelled by gas expansion in the nozzle up to supersonic velocities higher than 4000 m/s which gives thrust to the launcher.

The engine on display is a Vulcain 1,  made by Snecma at Vernon in France. A more powerful version, the Vulcain 2, has been in use since 2005 for the Ariane 5 ECA launcher currently in service and can transport even heavier payloads thanks to a 20% more powerful design.