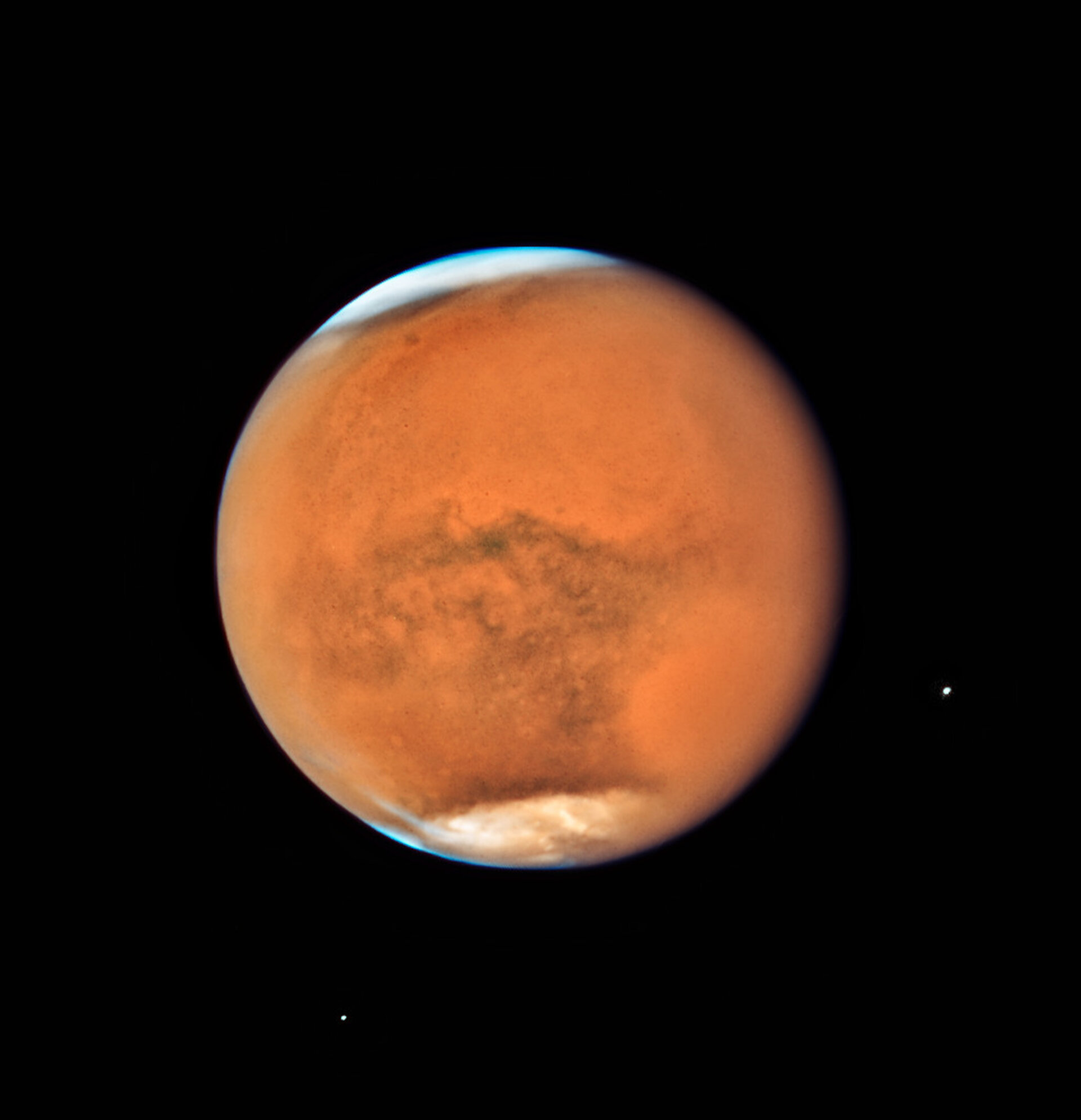 Along with the UK Space Agency, ESA DG Jan Wörner has been invited to take part in FIA Connect, this year’s virtual version of the Farnborough International Airshow.

At 13.30 BST today (14.30 CEST), the DG and three other experts will discuss the challenges of space exploration and why it matters to people on Earth.

The one-hour conversation will be moderated by Richard Hollingham, journalist and host of the popular Space Boffins podcast.

With three missions launching to the Red Planet this summer, the discussion centres around one question: why Mars?

Initiatives such as the Mars Sample Return campaign and ExoMars are set to answer fundamental questions about the planet, which may once have had the environmental conditions suitable for supporting primitive forms of life.

The participants will also discuss how technologies developed for such activities are used later on the ground and how the promise of exploring a new world is already fascinating people on Earth.

The International Space Station, which celebrates two decades of occupation in November 2020, will also be on the agenda.

Just like human spaceflight in the Apollo era, ESA astronaut Tim Peake’s activities onboard the International Space Station have inspired young people to take up studies in science, technology, engineering and maths – which is set to benefit the UK in the years and decades to come.

Space has the remarkable tendency to bring people together, and the strength of cooperation between countries – even at times of political tension – will also be part of the discussion.

The panellists will then move on to discuss the next giant leap: returning people to the Moon.

Important challenges have the potential to be solved on Earth’s natural satellite, such as developing technologies to sustain life for long periods of time.

But cooperation between different countries and the commercial space sector is important for building a sustained presence on the Moon, as well as exploration further into outer space.

Register here to attend ‘Why Mars: the out of this world benefits of space exploration’.

FIA Connect takes place on 20-24 July and a list of sessions with UK Space Agency involvement can be seen here.