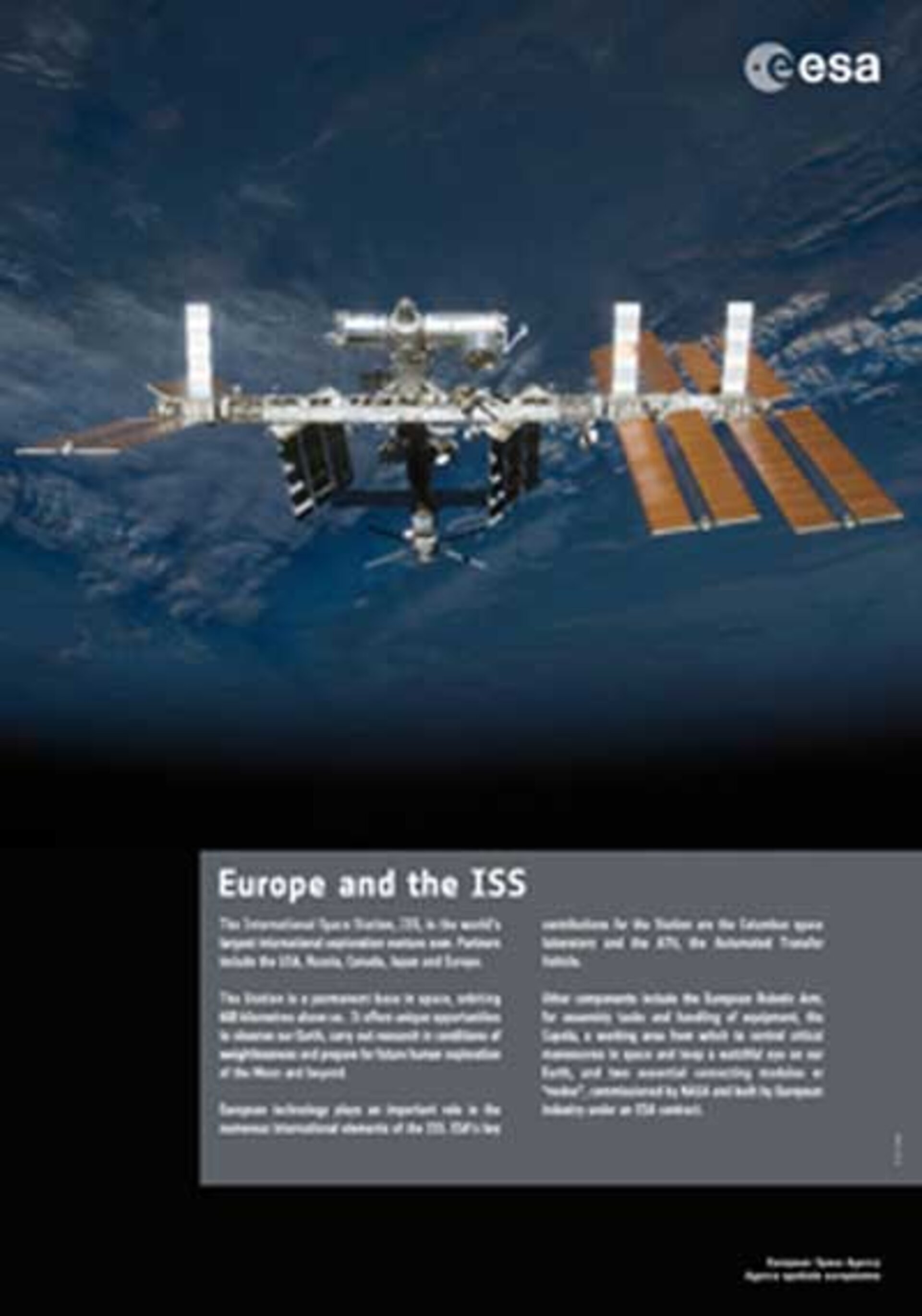 In May 2009 ESA astronaut Frank De Winne flew to the International Space station, ISS, on a Soyuz spacecraft launched from Baikonour, Kazakhstan.

He will remain on the ISS for the 6-month OasISS mission. In his initial role as Flight Engineer, he is carrying out a European programme of experiments in science and technology. He will be instrumental in operating the robotic arms of the ISS and the Kibo module, to help install external payloads for the Japanese laboratory.

In October, with a rotation of three of the six permanent crew members, Frank De Winne will become the first European commander of the ISS. In this highly prestigious role he will be responsible for the operations and protection of all ISS elements, equipment and payloads, directing crew activities and ensuring crew safety. This will be the first time that the five partners of the ISS - USA, Russia, Canada, Japan and ESA - are all represented in the permanent crew of six.

ESA has produced a new selection of exhibition material including visuals, videos and magic books on the OasISS mission. These can be downloaded in different languages and free of charge for use at exhibitions and events. Please use the links on the right-hand menu bar.