The Council is ESA's governing body and provides the basic policy guidelines within which ESA develops the European space programme. Each Member State is represented on the Council and has one vote. ESA is headed by a Director General who is elected by the Council every four years.

The ESA Council meets as and when required and at least twice a year at delegate level and regularly at ministerial level. From time to time, joint and concomitant meetings of the ESA Council and the European Union Council are organised, and are referred to as “Space Council”.

The latest ESA Ministerial Council took place on December 2nd, 2014 in Luxembourg, where Ministers of ESA's Member States agreed on the development of new launchers Ariane 6 and Vega C and approved funding for the International Space Station and space exploration.

In addition, Ministers set a course for ESA to remain an independent intergovernmental space organisation.

The next Council at Ministerial level is to be called in 2016 by the Presidency currently held in Switzerland. 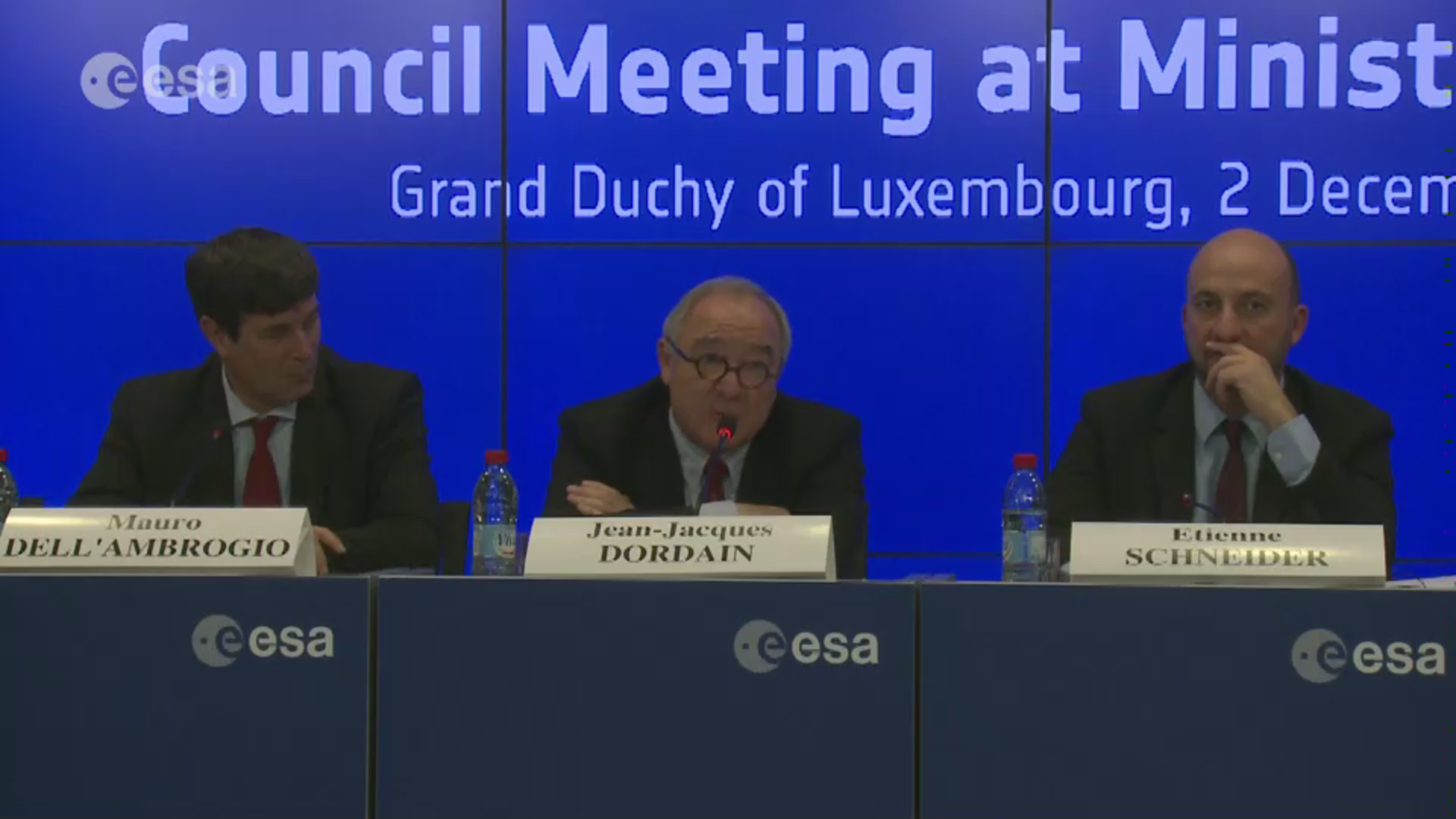 The latest, the Seventh Space Council, took place in November 2010 leading to the adoption of a resolution on “Global challenges: taking full benefit of European space systems”.