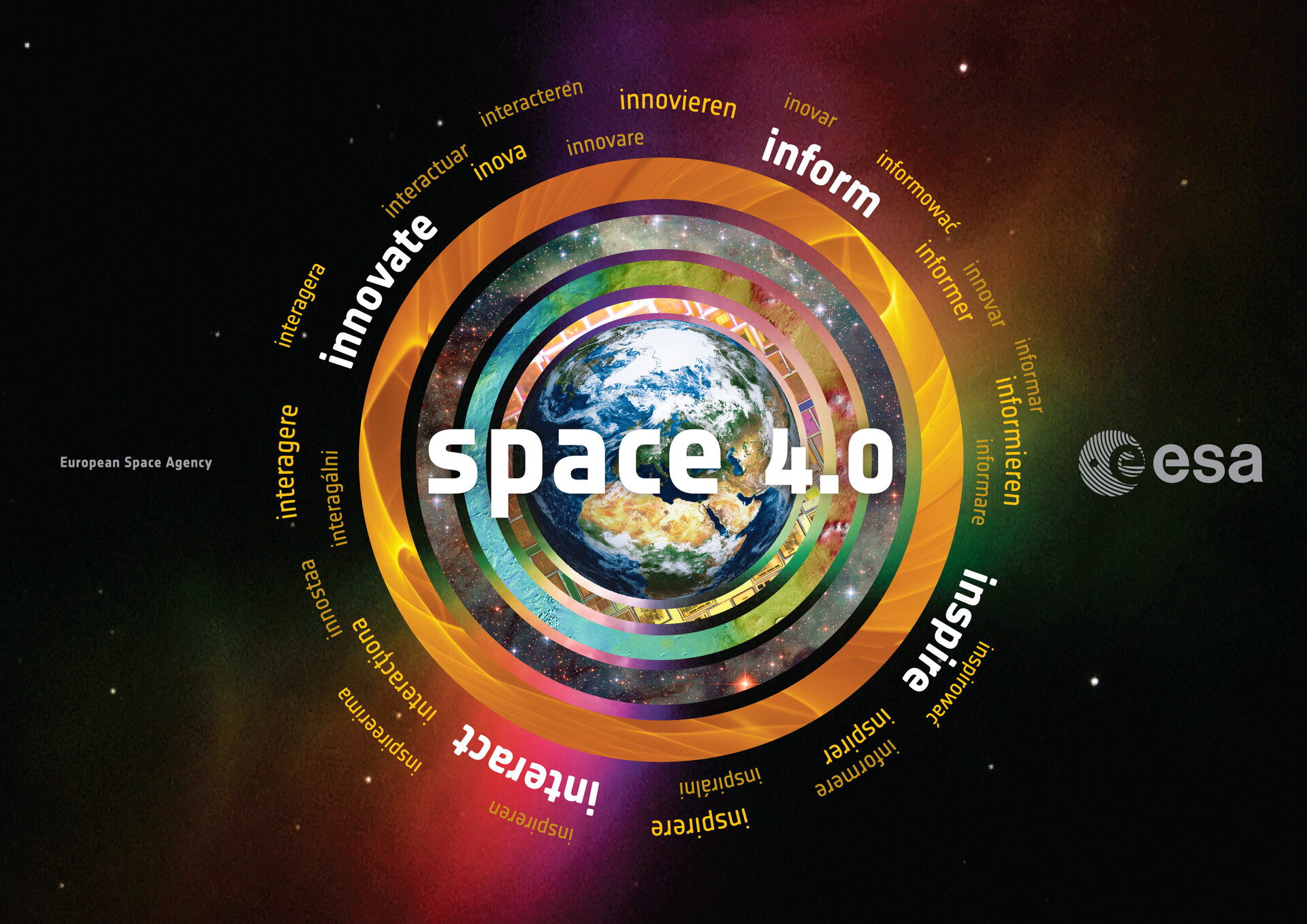 The first era of space, ‘Space 1.0’, can be considered to be the early study of astronomy (and even astrology). The next era, ‘Space 2.0’, came about with spacefaring nations engaging in a space race that led to the Apollo moonlandings. The third era, ‘Space 3.0’, with the conception of the International Space Station, showed that we understood and valued space as the next frontier for cooperation and exploitation.

This Ministerial meeting takes place in the advent of the Space 4.0 era, a time when space is evolving from being the preserve of the governments of a few spacefaring nations to a situation in which there is the increased number of diverse space actors around the world, including the emergence of private companies, participation with academia, industry and citizens, digitalisation and global interaction.

Space 4.0 represents the evolution of the space sector into a new era, characterised by a new playing field. This era is unfolding through interaction between governments, private sector, society and politics. Space 4.0 is analogous to, and is intertwined with, Industry 4.0, which is considered as the unfolding fourth industrial revolution of manufacturing and services.

To meet the challenges and to proactively develop the different aspects of Space 4.0, the European space sector can become globally competitive only by fully integrating into European society and economy. This requires a sustainable space sector closely connected with the fabric of society and economy. For this to happen, space must be safe, secure and easily and readily accessible, and built on a foundation of excellence in science and technology – broadly and continuously over time.

ESA will table proposals at this meeting to meet the common European goals for space in this exciting and challenging new era.