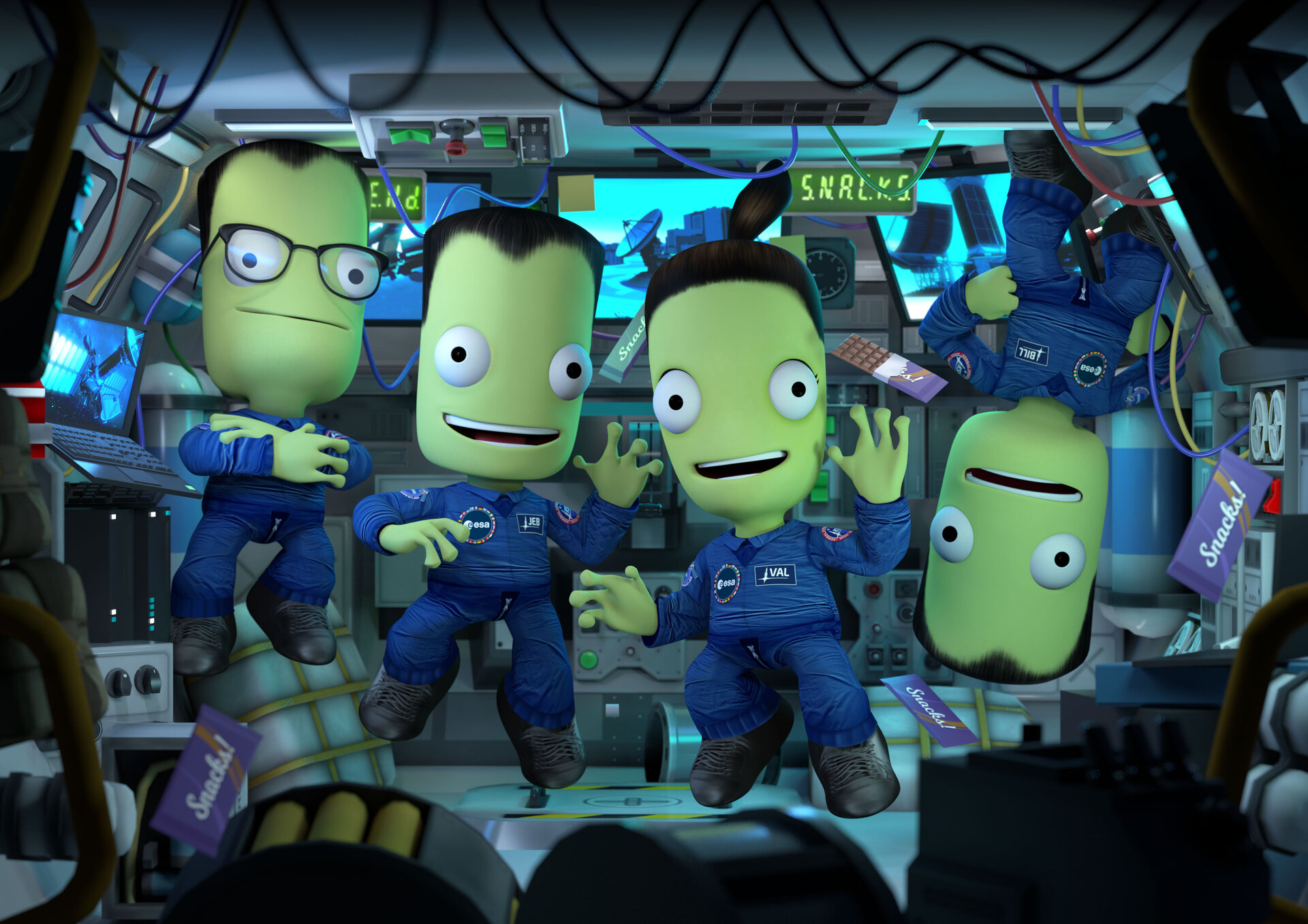 Kerbal Space Program enthusiasts will receive a free update to their space simulator to build an Ariane 5 rocket and tackle real ESA missions in ‘Shared Horizons’ from 1 July.

Publisher Private Division and developer Squad have partnered with ESA to give players the chance to fully immerse themselves in two key ESA activities: building and launching European rockets, and exploring our celestial neighbourhood.

Once their rocket is launched, players can navigate two new scenarios based on some of Europe’s well-known science missions – the BepiColombo Mercury explorer and the Rosetta comet chaser.

Kerbal Space Program is a widely acclaimed physics-based simulation game that was first launched in 2015. Within this update, space enthusiasts take charge and reenact these two missions from launch to landing in the world of an alien race known as the 'Kerbals'. All aspects of the game are based on realistic aerodynamic and orbital physics.

“Kerbal Space Program has already been an inspiration for an entire generation of future engineers and scientists, so introducing this level of realism will really take it to the next level,” added Daniel Neuenschwander, ESA's Director of Space Transportation. “And the creative element of being able to build so freely is such a fantastic aspect. I really look forward to seeing the innovative ways in which players will approach designing their new space transportation services.”

Players can assemble their rocket and anything else they need for their mission from an updated sandbox of parts, dress their Kerbal astronauts in an ESA-themed spacesuit, and carry out various scientific tasks from actual ESA missions.

The first new scenario is based on BepiColombo, an ongoing joint mission between ESA and the Japan Aerospace Exploration Agency (JAXA), launched on an Ariane 5 rocket in 2018 and currently en route to Mercury. The game scenario recreates Europe’s first mission to the innermost planet of the Solar System to map its surface and magnetosphere to investigate the fascinating mysteries about this scorched celestial body. Players attempt to reach orbit and land on Moho, the equivalent of Mercury in the ‘Kerbal universe’, while performing various scientific tasks from the actual ESA/JAXA mission.

Rosetta, the second new scenario for the popular game, pays tribute to ESA’s iconic mission to Comet 67P/Churyumov-Gerasimenko. Launched in 2004, also on an Ariane 5 rocket, Rosetta travelled through the Solar System for ten years before reaching its destination, a Jupiter-family comet, dropping the Philae lander on its surface and studying the famously two-lobed comet from orbit for over two years. The mission gathered large amounts of data as the comet swung around the Sun, helping scientists learn more about the role of these puzzling objects in the evolution of the Solar System.

“Here at ESA, many of our engineers and scientists are very familiar with the Kerbal Space Program,” commented Günther Hasinger, ESA's Director of Science. “Both Rosetta and BepiColombo are highly complex missions which have specific challenges but prove to be very rewarding for ESA and the global scientific community. Because of this, I am very happy that these ground-breaking science missions can be experienced on Kerbin as well as on Earth.”

Ariane 5 is Europe’s heavy-lift launch vehicle that has been in operation since 1996 at Europe’s Spaceport, and has launched many ground-breaking science missions.

Kerbal Space Program offers three gameplay modes. In Sandbox mode, players can build any spacecraft, with all parts and technology in the game. Science Mode allows players to perform space experiments to unlock new technology and advance the knowledge of ‘Kerbalkind’. Career Mode also oversees every aspect of the space programme, including construction, strategy, funding, upgrades and more.

“We are excited to partner with ESA to bring their actual missions and spacecraft to Kerbal Space Program for the first time,” added Michael Cook, Executive Producer at Private Division. “It is an honour to work hand-in-hand with such a world-class space organisation, and we cannot wait for fans to experience these monumental missions with the Shared Horizons update.”