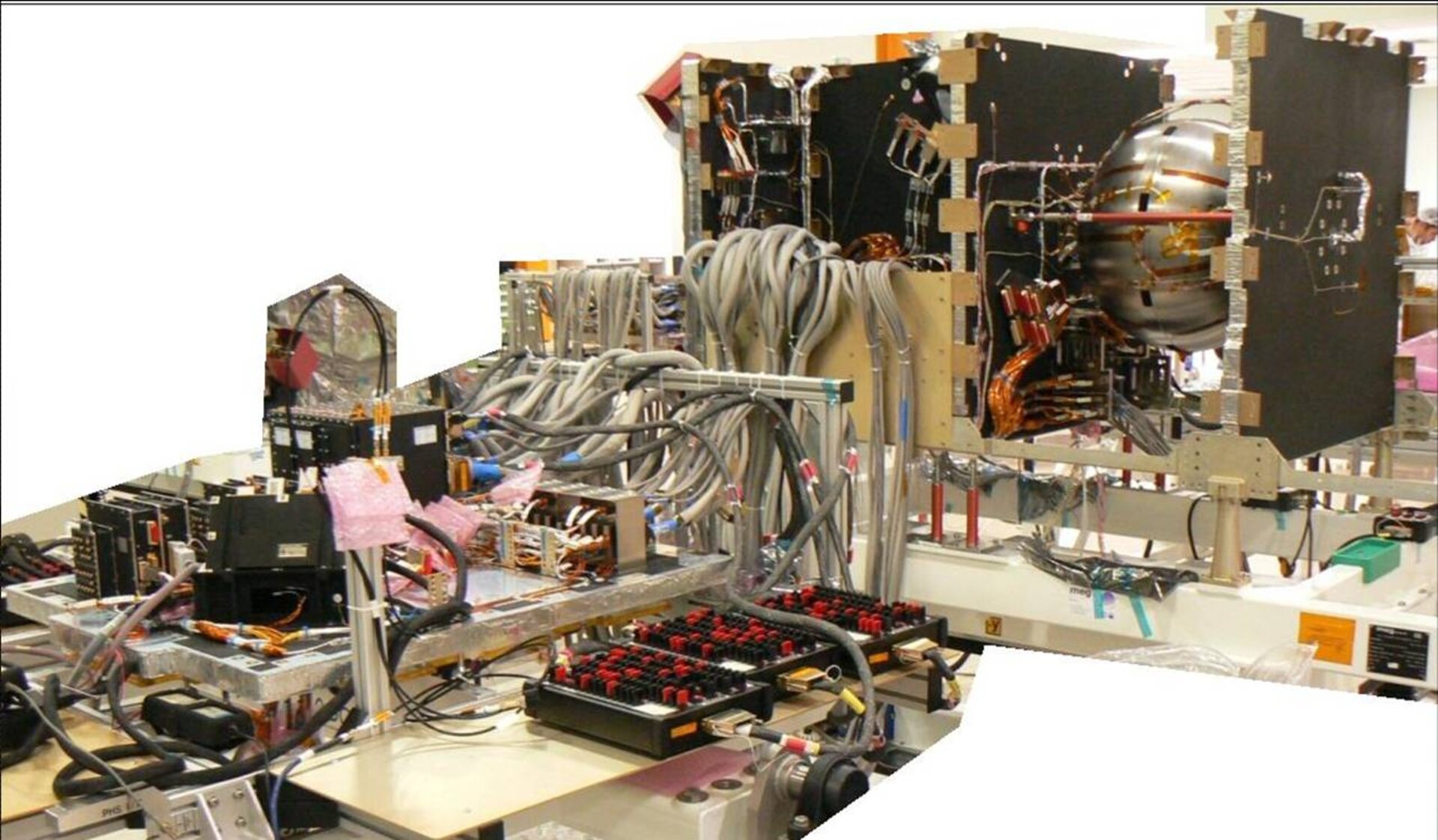 While the engineering model is undergoing testing, all four platforms for the Galileo In-Orbit Verification satellites have now arrived in the integration cleanroom at Thales Alenia Space in Rome.

The first platform, for the proto-flight satellite, is fully assembled and is undergoing its final functional tests. Upon delivery of the payload, the two elements will be mated before undergoing a series of environmental tests.

Flight Model 2 is completing its avionics function tests and being prepared for integration of the power subsystems. The avionics units are being mechanically and electrically integrated on FM3. The platform is now ready for the functional test. FM4 arrived in Rome in March and is having its harness installed and instrumentation integrated.

The definition, development and In-Orbit Validation phases of the Galileo programme were carried out by ESA and co-funded by the Agency and the European Community.

The In-Orbit Verification (IOV) phase will validate the Galileo system design in orbit using a reduced constellation of four satellites (the minimum required to guarantee the provision of exact positioning and timing at the test locations), along with a small number of ground stations.

The launch of the first two IOV satellites is now scheduled for the beginning of 2011, using a Soyuz from Europe’s Spaceport in French Guiana.