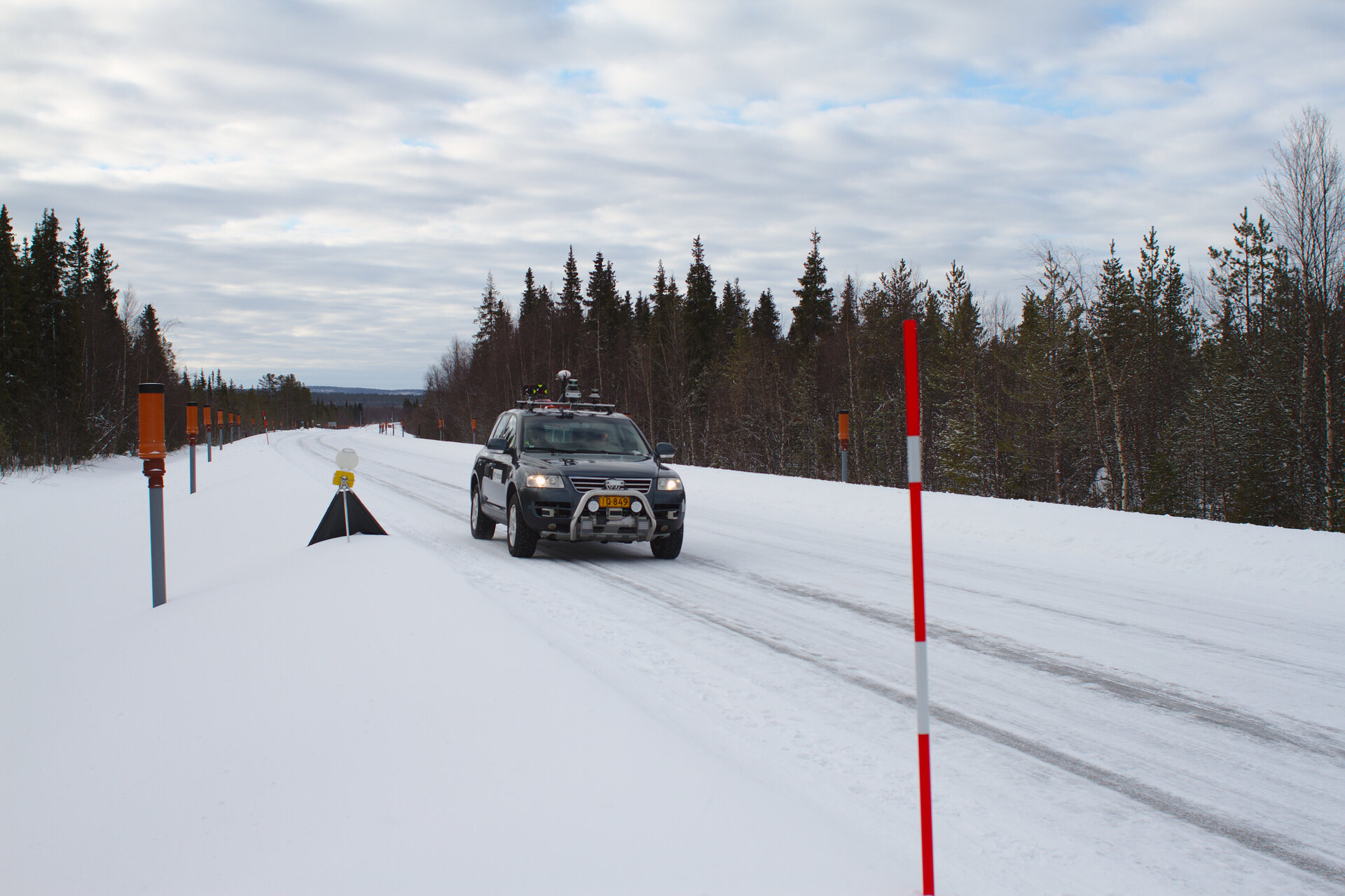 An ESA-supported effort put an intelligent road up in Finnish Lapland through its paces, assessing its suitability for testing autonomous vehicles in some of Europe’s most challenging driving conditions.

“Our project aimed at ensuring in particular that the precise positioning required by autonomous systems was available here, to establish this test site is indeed somewhere that driverless vehicle manufacturers should employ for testing. We carried out experiments with a robotic car over two successive seasons to show that the necessary precise positioning, down to 20 cm, is indeed accessible.”

Known as Snowbox, this 10-km stretch of forest-lined roadway on Finland’s E8 highway has been specially equipped for autonomous driving tests. Containing cameras, ‘laser radar’ lidar, ultra-wideband antennas and reflective panels, the road itself is underpinned by power and fibre optic lines, and embedded with pressure sensors to record road surface conditions and the speed and type of vehicles driving along it.

“The Arctic is a difficult environment for autonomous driving in general,” adds Dr. Thombre.

“Signal disturbance due to the ionosphere, the electrically charged layer of the atmosphere, degrade satellite navigation performance. This effect is more pronounced in the Arctic region. And satnav augmentation systems also face challenges.

“Because their signals are broadcast from geostationary satellites, they are only viewable here at an elevation of up to 10 degrees above the horizon. And mobile coverage – useful for providing correction data from reference networks – is also inconsistent.

“In addition, possibility of mists and fog, snowstorms and rainfall make it difficult for cameras and lidar, while ice and snow on the road means wheel speed sensors may slip. And temperatures that can plunge down to below -30°C can impede the performance of electronics.”

The Arctic-PNT team’s testing was based around a robotic car crammed with sensors and recording equipment. Called Martti, the vehicle was supplied by Finland’s VTT Technical Research Centre.

“While Martti is capable of autonomous driving, we drove it manually,” explains Dr. Thombre. “We were using it to capture all the data we needed. We started off using solely satellite navigation – including Europe's Galileo and EGNOS – progressively adding more and more augmentation data, including in-car sensors, and corrections from the FinnRef stations, to reach the all-important precise positioning threshold of 20 cm.

“To access the FinnRef corrections from the car systems we tested out various mobile sim cards. Adding to the challenge, we crossed an international border, because part of the E8 highway is instrumented on the Norwegian side as well – called Borealis.”

The Snowbox infrastructure was established along the E8 because, while it is a remote roadway it is also economically important, with trucks heading south from Arctic fisheries.

The Arctic-PNT test campaigns, starting from 2018, gave a positive bill of health to the Snowbox, which is available for experiment campaigns. The campaigns were supported through ESA’s strategic initiatives for the Arctic region.

NAVISP Element 2 is focused on European competitiveness in positioning, navigation and timing, while Element 3 gives support to Member States on their national navigation activities.