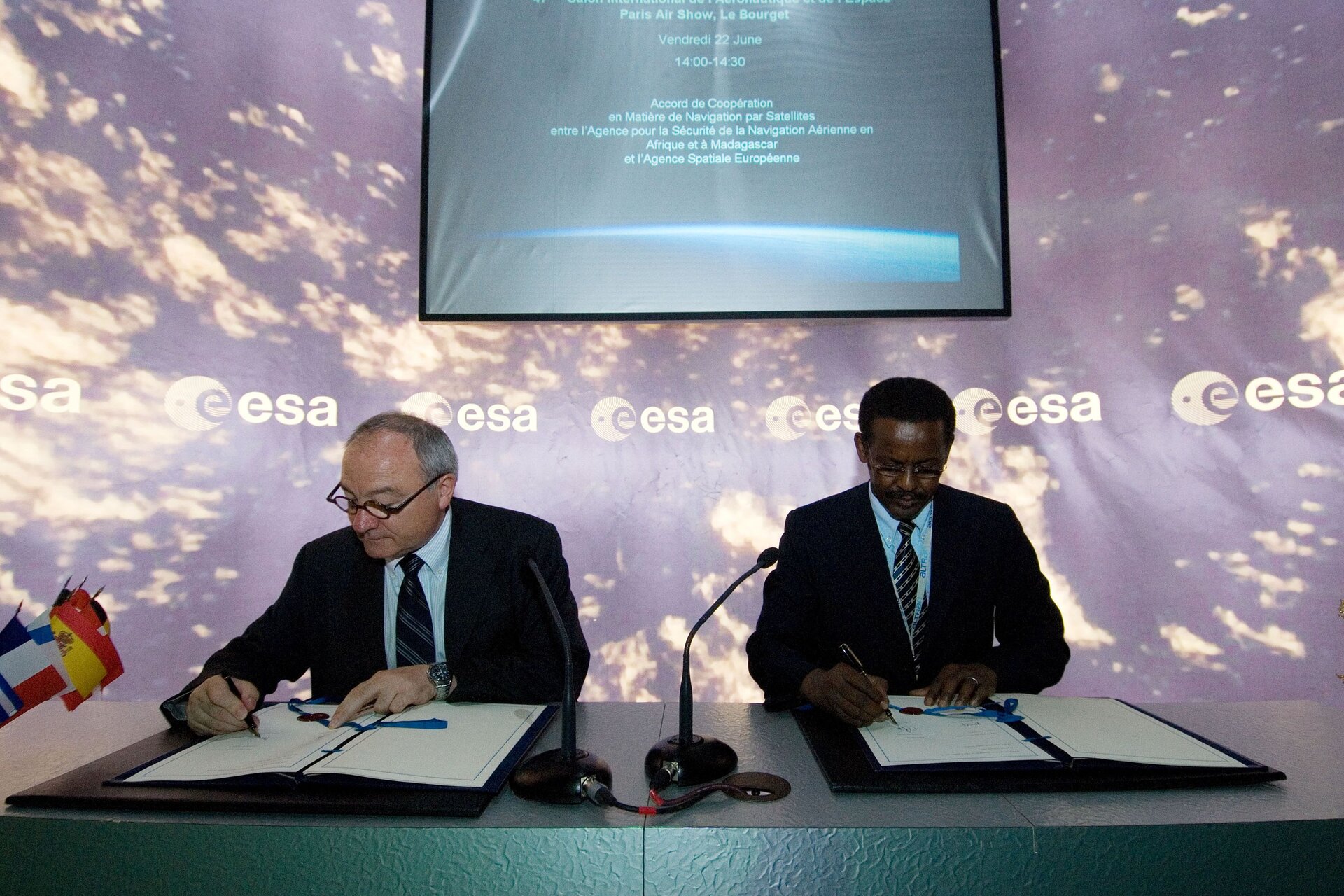 ESA and the Agency for Security of Air Navigation in Africa and Madagascar have signed a cooperation agreement with the objective of using satellite navigation to improve air traffic safety over the African continent.

The framework agreement, which covers cooperation between ESA and the African aviation safety agency (Agence pour la Sécurité de la Navigation Aérienne en Afrique – ASECNA), was signed during the Paris Air Show last week. It focuses on the next phase of Global Navigation Satellite Systems (GNSS) deployment, which includes the extension and use of the European Geostationary Navigation Overlay Service (EGNOS) as an operational service in Africa.

ESA and ASECNA have been working together since 2003 and have organised several test campaigns which clearly demonstrated the benefits of EGNOS for Africa, where very few airports are equipped with conventional landing guidance systems.

For these campaigns, ASECNA provided its calibration airplane and hosted and operated EGNOS stations at several African airports. This is how the first crossing of Africa at its widest part, from Dakar to Mombasa, was achieved in May 2005, using EGNOS signals.

Currently in pre-operational service over Europe, EGNOS is a programme of the European Space Agency, the European Commission and Eurocontrol and represents the first step in Europe in satellite navigation.

Composed of a network of around forty elements distributed across Europe to record, correct and improve data from the US GPS, EGNOS provides modified signals relayed by geostationary satellites to users’ receivers. EGNOS offers an accuracy of better than two metres, compared with the 15 to 20 metres for GPS signals, with an added guarantee of the quality of the signals.

Since the geostationary satellites that relay EGNOS cover Africa as well as Europe, an extension of EGNOS may easily be envisaged with the installation of reference stations on African soil.