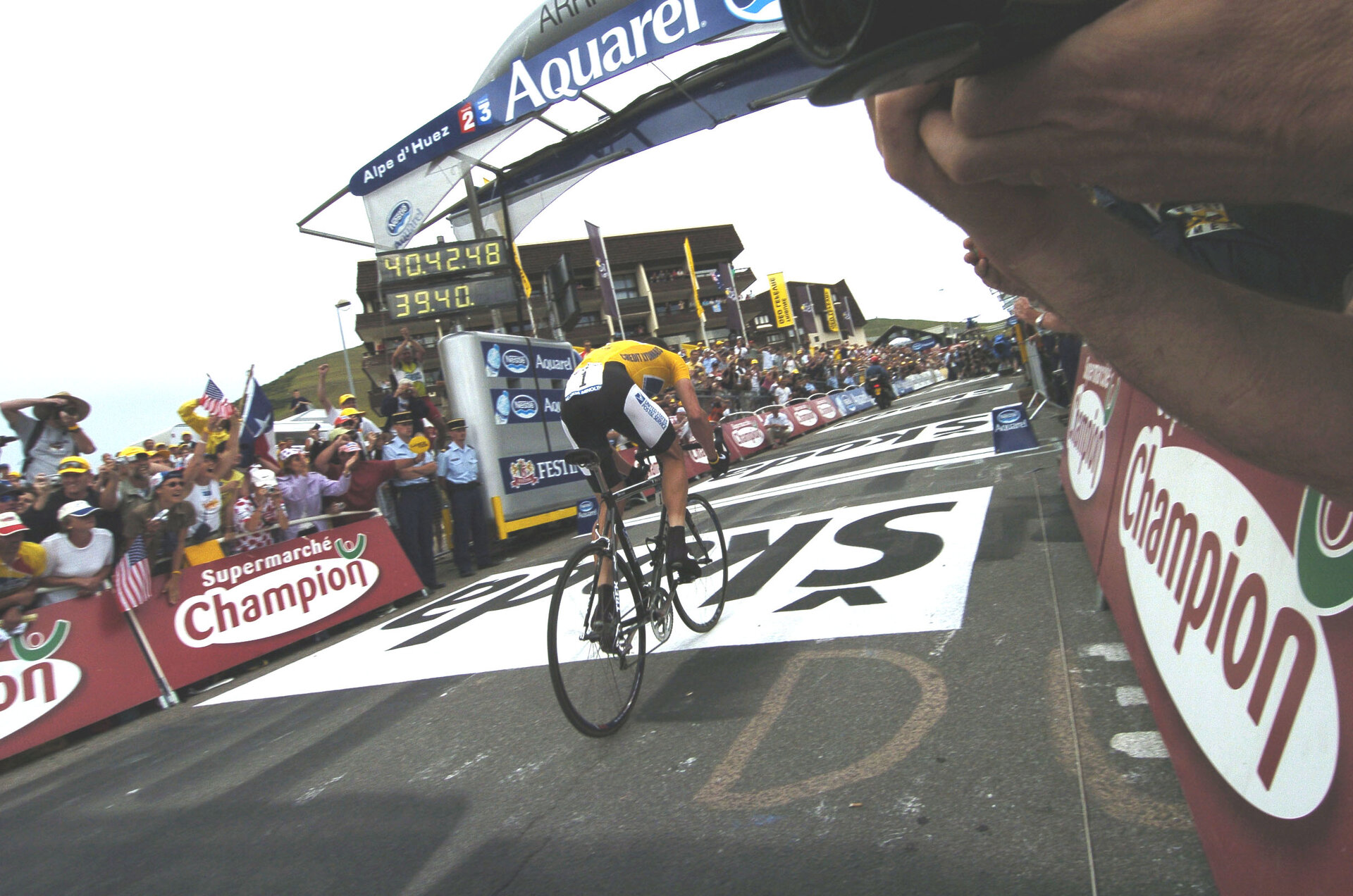 ESA PR 42-2004. It is now possible to track the position and speed of each rider in the Tour de France in real-time thanks to the EGNOS European satellite positioning system, a preparatory programme for the Galileo system.

Thanks to satellites, it will be possible to know at any given time where each rider is and how he is doing in the race, whether he is in the peloton or has broken away and is out in front.

This is useful information for Tour fans who want to know how their favourite rider is placed, but also for team directors who want constant updates on their star performers and their opponents, or who want to be able to analyse the race afterwards together with the riders. The information is also of great value to the organisers, notably for security reasons, giving them an overall perspective on how stages are unfolding complete with all the exact positions.

This data will be available on the Internet, on the Tour de France channel or will be broadcast by television channels even when they have no presence on the ground.

A whole new way of following Tour stages is about to be revealed. A revolution which has been made possible thanks to satellite navigation. Fitted to each rider are receivers which use signals from satellites to constantly calculate their position and speed throughout the entire length of the Tour.

This new approach to the competition is made possible by the use of data from EGNOS (European Geostationary Navigation Overlay Service), a European Space Agency-developed network made up of satellites and ground stations which correct and augment data provided by the US Global Positioning System (GPS). In its current form, the (military) GPS system is neither accurate nor reliable enough for the task in hand, while EGNOS, operational as of this summer, provides the accuracy and continuity required to show positions with precision. By 2009, this level of performance will have been given a further boost with the deployment of Galileo, the first civil global satellite navigation system to be funded by the European Space Agency and European Commission.

For the moment, the tracking of riders by satellite is in the experimental phase and was demonstrated for the first time in the 21 July time trial between Bourg d’Oisans and Alpe d’Huez.

For this first ever trial, 10 riders were fitted with receivers and tracked by the EGNOS network, with team directors' vehicles trailing close behind each rider. It was thus possible to monitor the precise gaps between riders and even, for some of them, to model their ascent over the entire 15 kilometres of this legendary stage, visualising for example the efforts of Lance Armstrong as he negotiated the 21 bends leading to the top of l'Alpe d'Huez and comparing his ascent to those of other riders.

Eventually the intention is to fit a receiver to each rider and thus to monitor the exact positions of all the cyclists taking part.

Seeing all the riders

With this project it will be possible to map the positions of all the riders and thus to measure the gaps between them in real time. This data will also be used to construct a "live" virtual image of each rider, showing the action as it happens. The accuracy of EGNOS is such that the position of any moving object equipped with a receiver can be pinpointed to within a metre. It will be possible, against the backdrop of a 3-D visualisation of the countryside, to watch the progress of each rider through all the stages of the Tour. This information will be an invaluable addition to television broadcasts, which are unable to show all the riders.

Thus, a combination of precise topographical data and data on the position of each rider will provide an extremely accurate picture of the race as each stage phase unfolds.

With this kind of system each broadcaster will for example be able to have a dedicated channel on which viewers choose which rider they want to watch without needing to have a camera trained on each cyclist.

This new service is under development in the framework of a partnership between the European Space Agency, Tour de France organiser, ASO, and computer graphics firm, Trimaran.