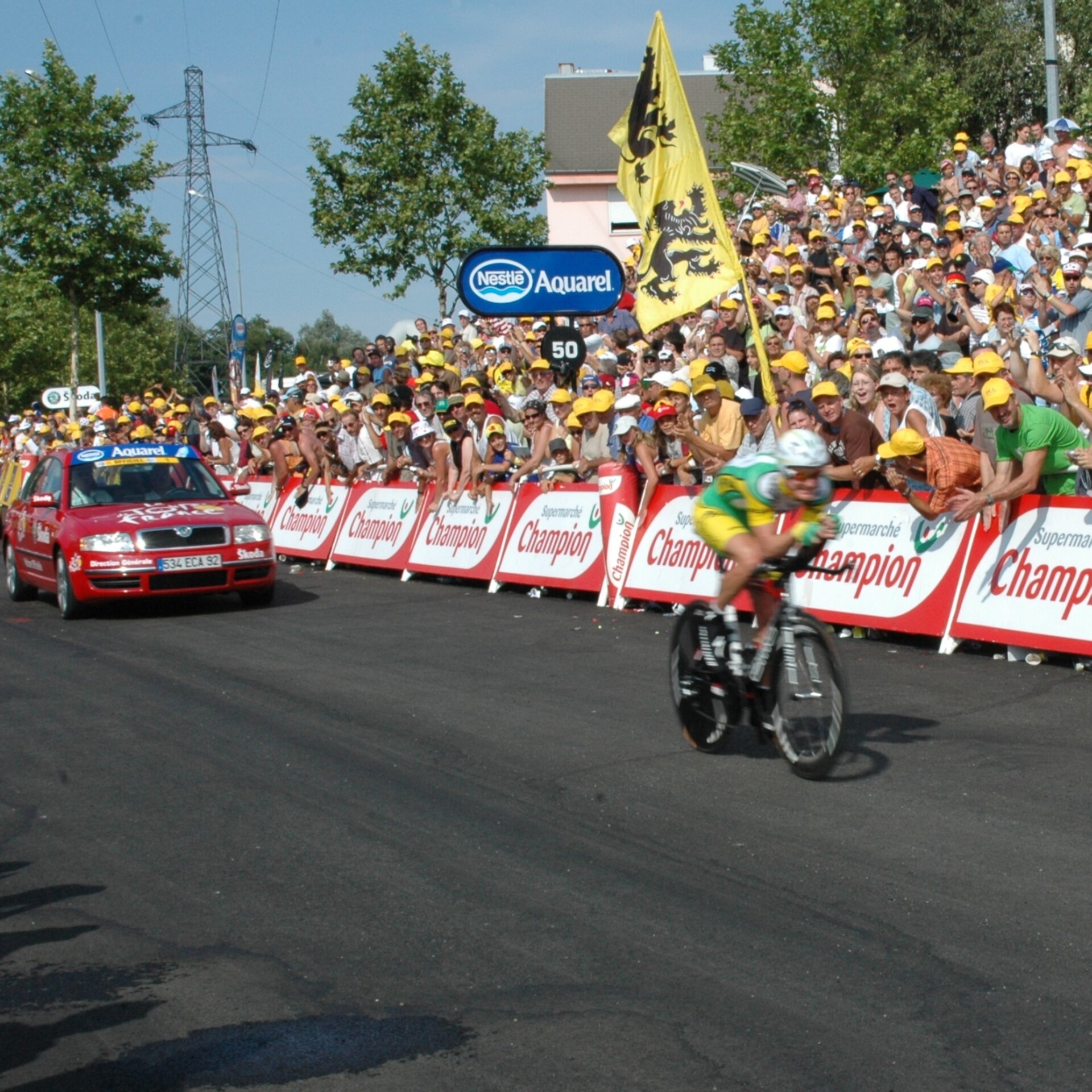 This year, the trials, conducted in partnership with the race organiser - Amaury Sport Organisation (ASO), took place over two of the tour’s stages: the eighteenth – a descent from Morzine, in the Alps, to Macon, in Bourgogne, and then the nineteenth – a time-trial between Le Creusot and Monceau-les-Mines.

During the alpine descent stage, nearly twenty cyclists agreed to wear a receiver in the back of their shirts. The devices, which now weigh only 95 grams, received data from satellites and relayed them for processing by a computer in The Netherlands.

Near the arrival line, in the technical zone of the tour, this data was presented on computer screens, allowing an appreciation of the performance of each tracked rider, notably showing their speed. For the first time it was possible to follow this many riders and see their positions in real time with an accuracy of one metre.

For the individual time-trial between Le Creusot and Montceau-les-Mines, the benefits of satellite tracking were perfectly illustrated by the race situation. Just a day ahead of the final arrival on the Champs Elysées in Paris, three riders were ranked within 30 seconds of one another in the overall standings and the yellow jersey could change wearer at any moment. The immediate visualisation offered by EGNOS showed in real time how the overall standings were being modified as the stage progressed.

A number of riders were equipped with the prototype receivers and in particular the first fifteen in the overall standing were all tracked. This made it possible to have a live view of the positions of the various riders who could hope to take the yellow jersey and therefore to watch American Floyd Landis take the yellow from Spaniard Oscar Pereiro and Germany’s Andreas Kloden grab second place from Carlos Sastre of Spain.

This demonstration was conducted by two Small/Medium Enterprises (SMEs), the Dutch company Sport-Track, which is developing the tracking software, and Trimaran of France, specialising in the production of 3D images. It was possible to see what the Tour de France might be like in the future, since space technologies could be used throughout the race and for all the riders.

These full scale tests showed that satellite positioning can bring an immediate understanding of the race. This has numerous applications, the design of which will depend on the needs of the potential users: the organisers, the teams, the media or the public.

EGNOS (European Geostationary Navigation Overlay Service) is a programme of ESA, the European Commission, and Eurocontrol. It comprises a network of around 40 ground stations distributed throughout Europe to record, adjust and improve data from the American GPS system. The modified signals are then relayed by geostationary satellites to the receivers of system users. In contrast to the 15 to 20 metre accuracy offered by GPS, the European system is accurate to better than 2 metres, and unlike GPS, a military system, the European version provides guaranteed signal quality.

EGNOS, which is currently in pre-operational service, is Europe’s first step in satellite navigation as it prepares for Galileo, which will be the first civilian navigation system, with a constellation of 30 satellites.