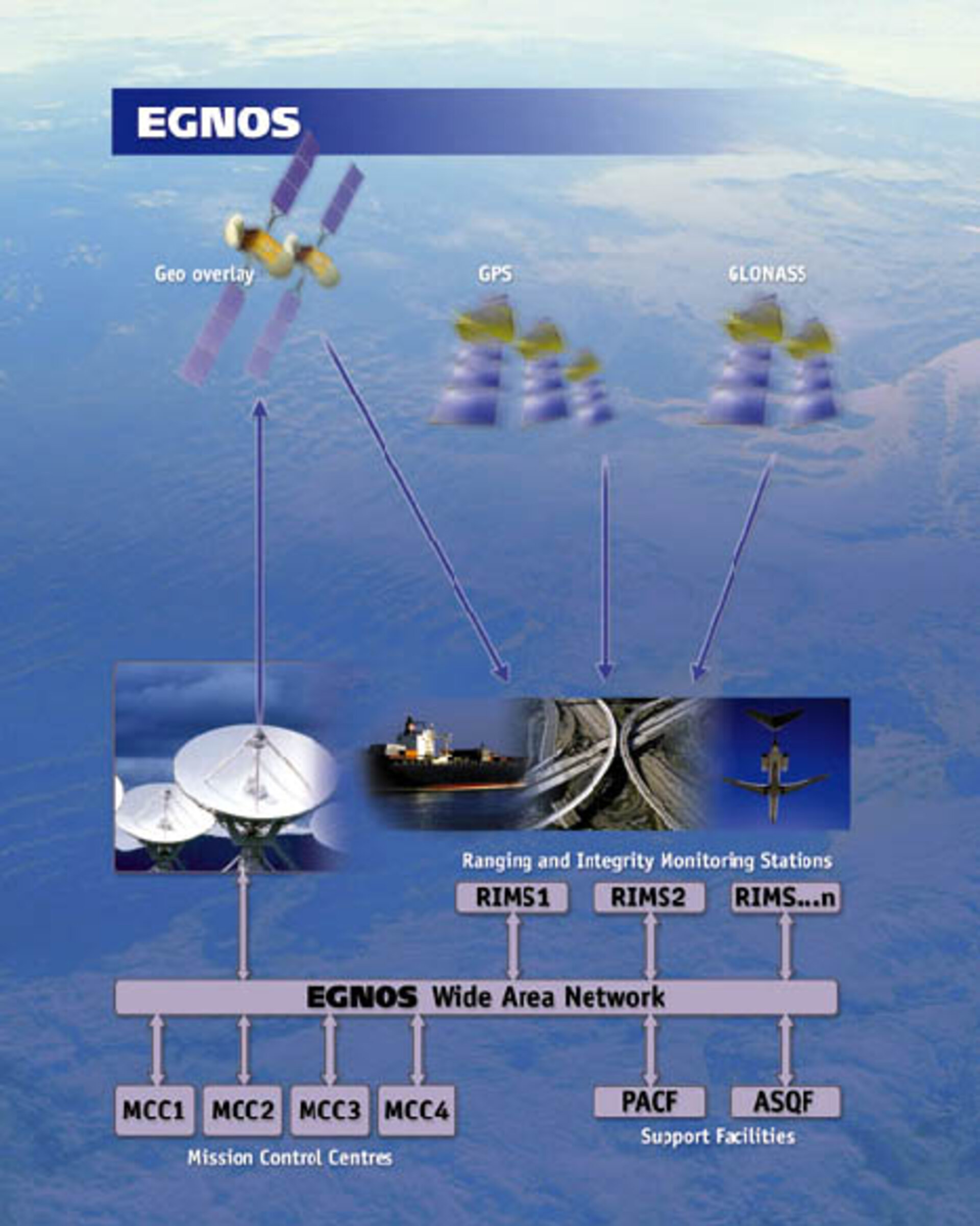 The design of EGNOS, the first step in the development of a European satellite navigation system, has now been approved by an expert industrial team.

In January a team of 50 engineers, made up of experts from national civil aviation organisations, Eurocontrol, CNES, ESA and GISS (Galileo Interim Support Structure), reviewed the EGNOS design and prepared their findings for the Review Board. At its meeting in February, the Review Board examined their findings and pronounced the EGNOS system to be sound, in a very good state of definition and on track.

EGNOS is a joint project of ESA, the European Commission and Eurocontrol, the European Organisation for the Safety of Air Navigation. It is the first stage of a global navigation satellite system and will augment the two military systems now in use: GPS belonging to the United States and GLONASS developed by Russia. Put simply, EGN0S will improve on the information made available by GPS and GLONASS, ensuring that it can be used in situations where safety is paramount, such as landing an aircraft, driving a train or navigating a ship in dangerous waters.

Although EGNOS is not scheduled to be up and running until 2004, the EGNOS System Test Bed, a simplified version of EGNOS available within Europe, began transmitting signals to potential users, via an Inmarsat satellite, in February 2000. Results so far have been extremely positive and users have been able to track their position to within a few metres as opposed to the 20 m with GPS and GLONASS.

In the spring, further investigations into some development aspects of EGNOS will be completed and meanwhile, the ESTB trials continue. If all goes according to plan, EGNOS - Europe’s first venture into satellite navigation - will be available for use within two years.