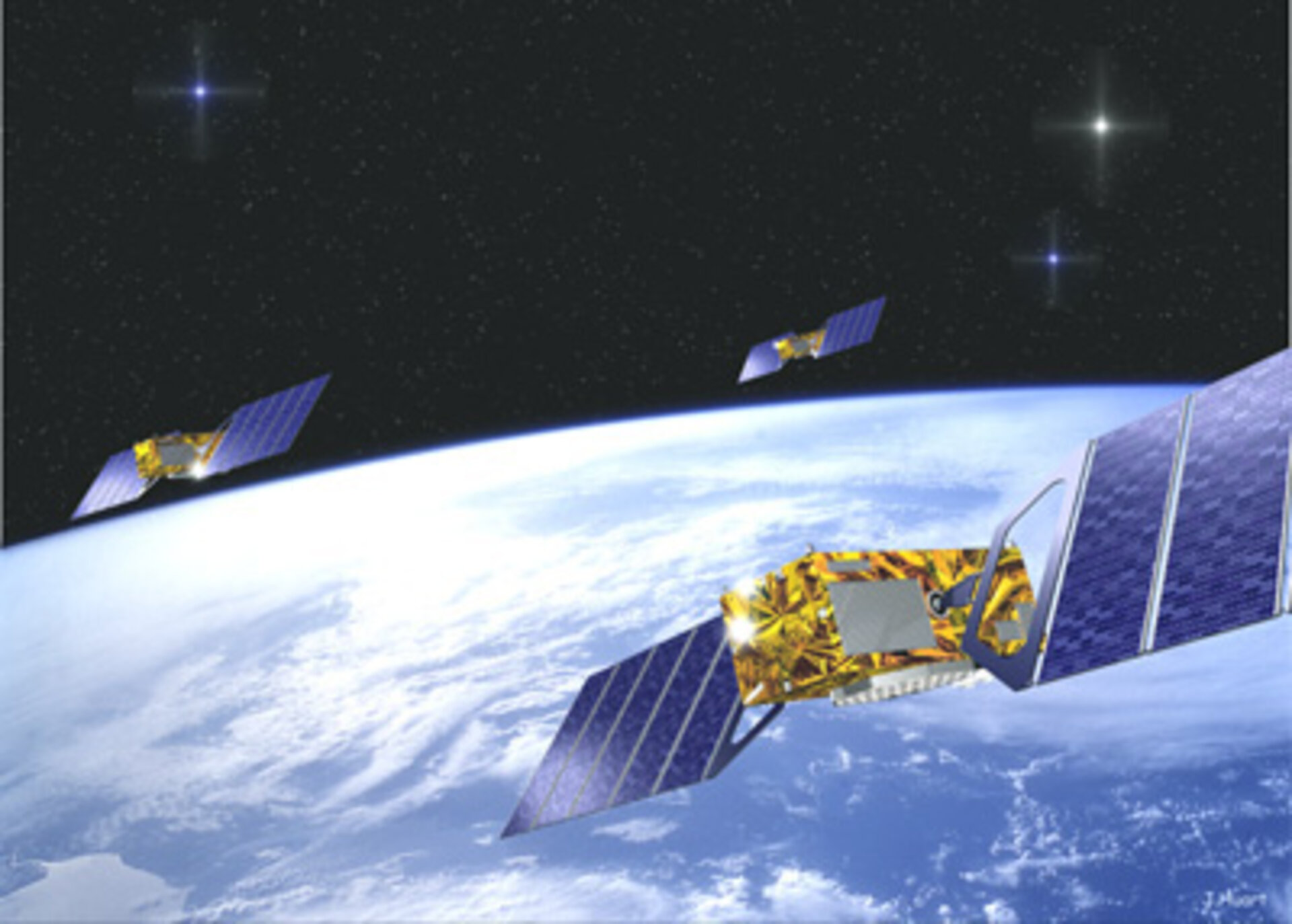 Work on developing Galileo, Europe's global satellite navigation system, is continuing, following the endorsement Europe's Prime Ministers gave the programme at the European Council meeting in Nice, France last November. The European Transport Council had been due to give Galileo its formal approval on 21 December, but agreed to defer the decision until April to allow further deliberations on precisely how to implement the Euro 3.2 billion project.

At the end of this month, ESA’s navigation board, backed-up if necessary by a meeting of member-state delegations, will take special measures to release enough funds to go ahead with the initial design work. The funds were approved by the ESA Council on 20 December, the day before the Transport Council, but made conditional on similar approval by the transport ministers – hence the need for special measures to unblock them.

Although the transport ministers were unable to reach consensus on how to implement Galileo, they confirmed the high political priority they attach to it. They asked the European Commission, which shares responsibility for the development of Galileo with ESA, to conduct further work on two issues before their April meeting. The issues are the nature of a public-private partnership to fund Galileo deployment, and the organisation and management of a public agency to take charge of the operational Galileo system.

The plan is to build Galileo in three stages involving a mixture of public and private finance.

Navigation satellites already guide ships, planes and spacecraft. They provide the surveying reference for roads, bridges and cities and the time reference for power and telecommunications networks. Quite soon, mobile phones will be equipped with navigation receivers, opening the way for a wide range of new personalised services.

At present, however, satellite navigation users in Europe have no alternative other than to take their positions from US GPS or Russian GLONASS satellites. Yet the military operators of both systems give no guarantee to maintain an uninterrupted service. Galileo will provide European navigators with an independent system under civilian control which will be guaranteed to operate at all times, bar the direst emergency.

The two organisations have drawn up a baseline design, which consists of 30 satellites in medium earth orbit (MEO), an extensive network of ground stations, and local and regional service centres.

The satellites will orbit at an altitude of about 23,000 km. Their positions will be monitored continuously by the ground stations, which will send integrity data to them. The local and regional service centres will be operated by companies providing a variety of global positioning and timing services for many types of user. These include transport authorities, companies and utilities requiring precise timing information, and individual users of mobile phones that incorporate satellite navigation receivers.

The signals broadcast by the satellites will be geared to three different types of user. The basic signal will be free of charge and available to all users. Those requiring a more accurate service with guaranteed availability will pay to access a data stream modulated on the basic signal. And finally a highly secure signal will be available to public authorities for security and safety critical applications such as the regulation of air, sea and road transport.